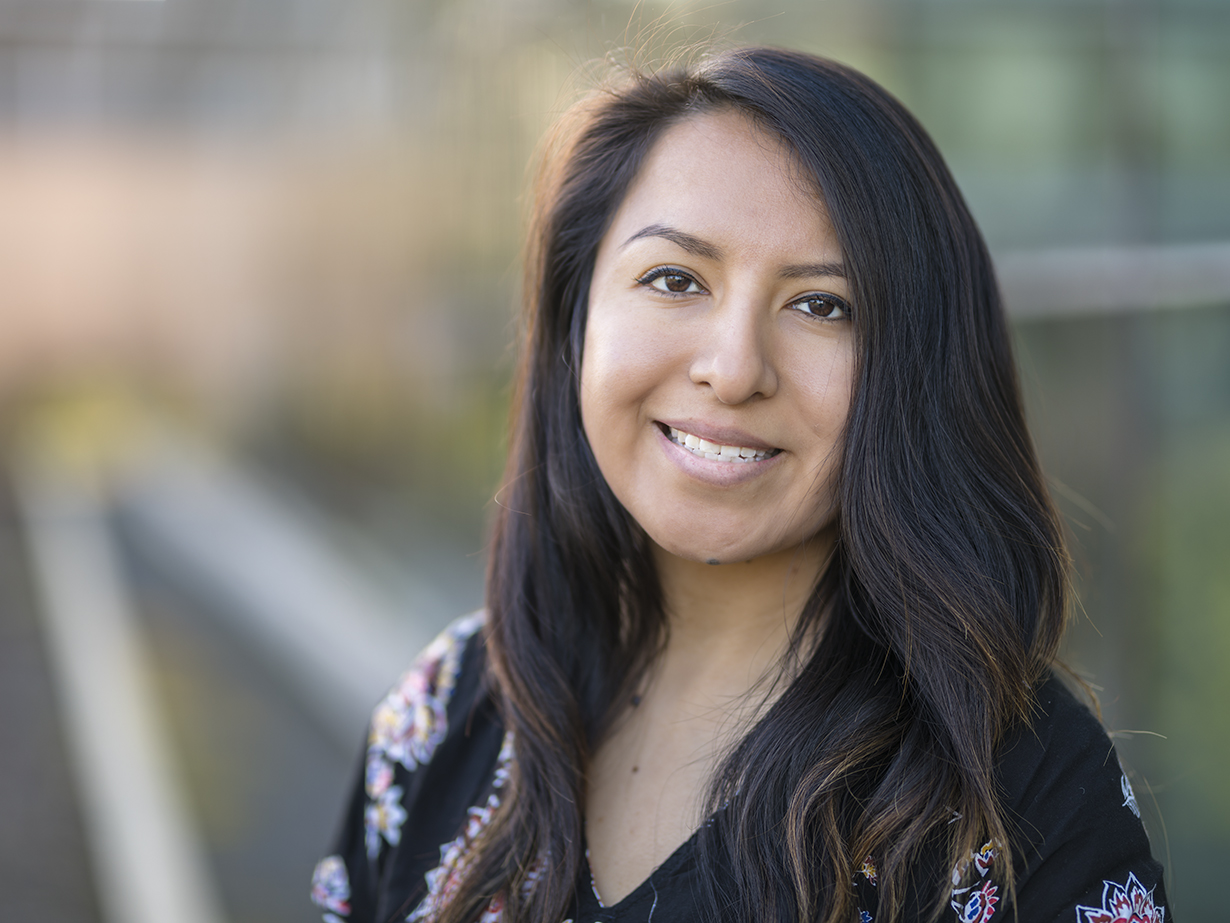 Depressed and undocumented, Jhoana knew she needed to change her life around.

Born in Pachuca, Mexico in 1991, Jhoana grew up in a small house that her  parents built. It had no electricity or running water. Her father had a sixth-grade education and was working odd jobs as a handyman.

“In Mexico, we say mil usos [jack of all trades], basically you find jobs that you can do,” Jhoana recalls.

They lived in a caring community, but the people did not have a means to make a living. Life was difficult. They believed that the only way out was to go north to seek a better life, so her father left his family to cross into the United States.

After spending two years working in the fields in the U.S., her father saved enough money to send for his family to join him.

She remembered her journey to the U.S. very well. It was the summer of 1997, right after her last day of school. The night before they left Mexico, they set her pet birds free. She was sad, watching them fly away. Most of their belonging stayed behind in their house. She was five years old.

Jhoana, her mother and her 7-year-old brother flew to Tijuana, Mexico, where her family met a complete stranger whom her mom entrusted to take the children across the border.

Jhoana says she recalls crossing the border in the backseat of a car that the lady was driving. At the border crossing, she remembers the officers looking at her and asking a few questions. Her brother was sleeping next to her.

“I was worried and scared at that time,” she says. “I did not know when I will see my parents.”

She did not realize she was pretending to be the lady’s children at that time. The lady had told them earlier not to say a word, so Jhoana kept quiet.

When her father came to pick them up two days later, she did not recognize him. Jhoana had not seen him for two years, and her mother had not crossed the border yet. They travelled north and settled in an apartment in Beaverton, Oregon, with two other families.

When her mother later joined them, she started to work as a nanny caring for triplets.

“I did not grow up with my mom,” Jhoana says. “My mom had to take care of another child.”
Jhoana says she and her brother would be left alone at home, so that her parents could make money. It was tough growing up without parental guidance.

She says her teenage years were especially troublesome. She was argumentative, feisty, and oftentimes got into fights in school. She did not know that she was combating depression then. It was also the time she realized for the first time what it is like being undocumented.

At seventeen, she became a mom. And two years later, before graduating from high school, she gave birth to her second daughter.

Now 26, Jhoana says that becoming a mom saved her life. She is married to the father of her children, who she has known since kindergarten and is a citizen of the U.S.

As an undocumented woman, living in limbo, life has been stressful for her. She finds herself constantly fighting to keep her family intact.

“You have to fight for what you want,” she says. “You have to give it all. It is exhausting to think I might be separated from my family and be deported to Mexico without notice.”

Her case for a green card has been denied. Her father was deported once to Mexico and her brother was arrested by Immigration and Customs Enforcement (ICE) agents, and held in a detention center.

She is currently a student at Portland Community College (PCC) and is working full time as the coordinator at the “Dream Center,” a safe space for the undocumented student community. She is one of the student leaders who influenced the college to help fund the center.

She wants to finish her degree in social work and continue on to get a masters degree.

“America institutionally is very racist and that to me is very sad,” Jhoana says. “As a social worker, I want to change that discrimination.”