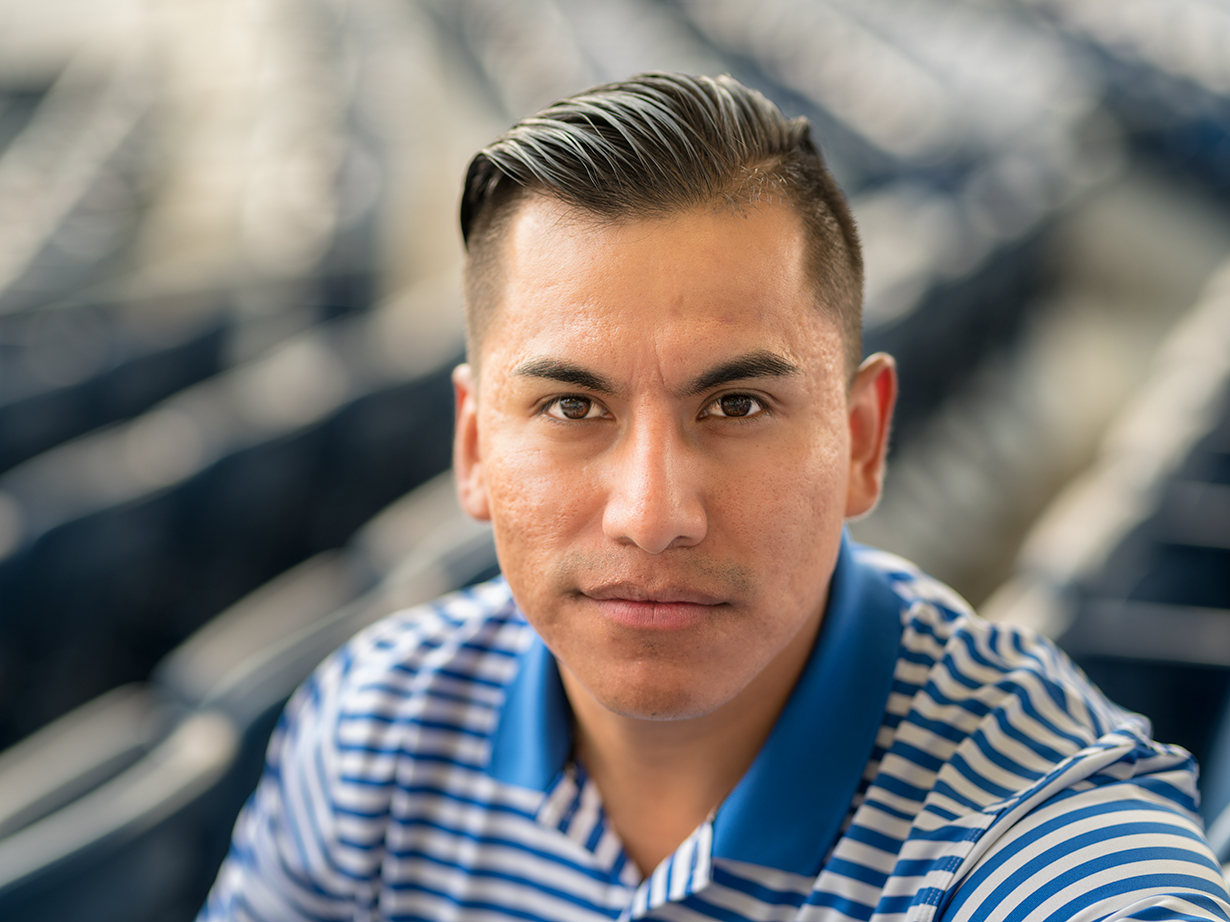 Ivan was eleven years old when his family left Mexico. He had been doing well in his school in Mexico and he was very popular because of his loud voice and a big presence.  Then, just before his sixth grade graduation, his family decided to travel north to the U.S. to join his father in Portland, OR. He felt so sad to miss his graduation ceremony [Graduación de Sexto Grado] which was only a few months away.

By the time they reached a small border town, his family had already travelled more than a thousand miles. It seemed to him as if they were hopping “from bus to bus, every time it was getting more and more remote” until they reached the desert.  The border town where they spent the last night had a festive atmosphere and was teeming with fellow travelers. It had the ambience of a mountaineering base camp, with shops and merchants selling travel necessities for the long and often dangerous border crossing.

On the day of their crossing, they met their group. There were about 19 of them, including their coyote (a Mexican Spanish colloquial term for a human smuggler). There were women and children trying to reunite with their families up north. There were young boys, some of them travelling alone. They waited for the sun to go down and a prearranged truck took them to a nondescript border. They unceremoniously began their life in the U.S. as they walked steadily through the southern Arizona desert.

Soon after they started walking, the coyote started to sexually harass his mother.  Even though he was only eleven years old, Ivan tried to protect her.  Despite the harassment, they kept walking all night and reached a shelter that would provide them cover. During the day, they sometimes hid under a plastic sheet from helicopters, which they called mosquitoes.

The multi-day journey didn’t get easier.  For some, walking for a long time made their feet swollen. One woman was walking barefoot and her feet became torn and bloody. Once they were robbed at gunpoint.  On the third night, while crossing a ranch, the smuggler regrouped them and told them to run. “There are coyotes here, and if you stay behind the pack, they will attack you for food,” he said.  Ivan was not sure if the smuggler just scaring people or warning against ranchers with guns who regularly shot at migrants crossing their ranch. But no one asked questions. They ran.

The next day, a pickup truck took them to a safe house in the outskirts of what he understood to be Tucson, AZ. Later that day, the coyote and Ivan’s family began to drive up north to Portland, where his father already had found some farm work.

Ivan and his family settled in a small one-room shack in a place called “Campo Azul [Blue Camp]” in an unincorporated community in the Washington county. It had no running water, and the residents shared a small kitchen, bathhouses and lavatories. It was a safe haven for migrant workers in the community. The very next week, he started school to finish sixth grade. That summer he started his first job picking berries.

Today, fourteen years after arriving in the US, Ivan has adjusted well. He is a DREAMer, protected under the Deferred Action for Childhood Arrivals act.  He says without any hesitation of Americans, “People are very welcoming.”

Ivan is so positive that it is almost contagious. He has been working and going to school at the same time, and was the student body president of his community college last year. “My life is an adventure and everything is a story in my life,” he says.