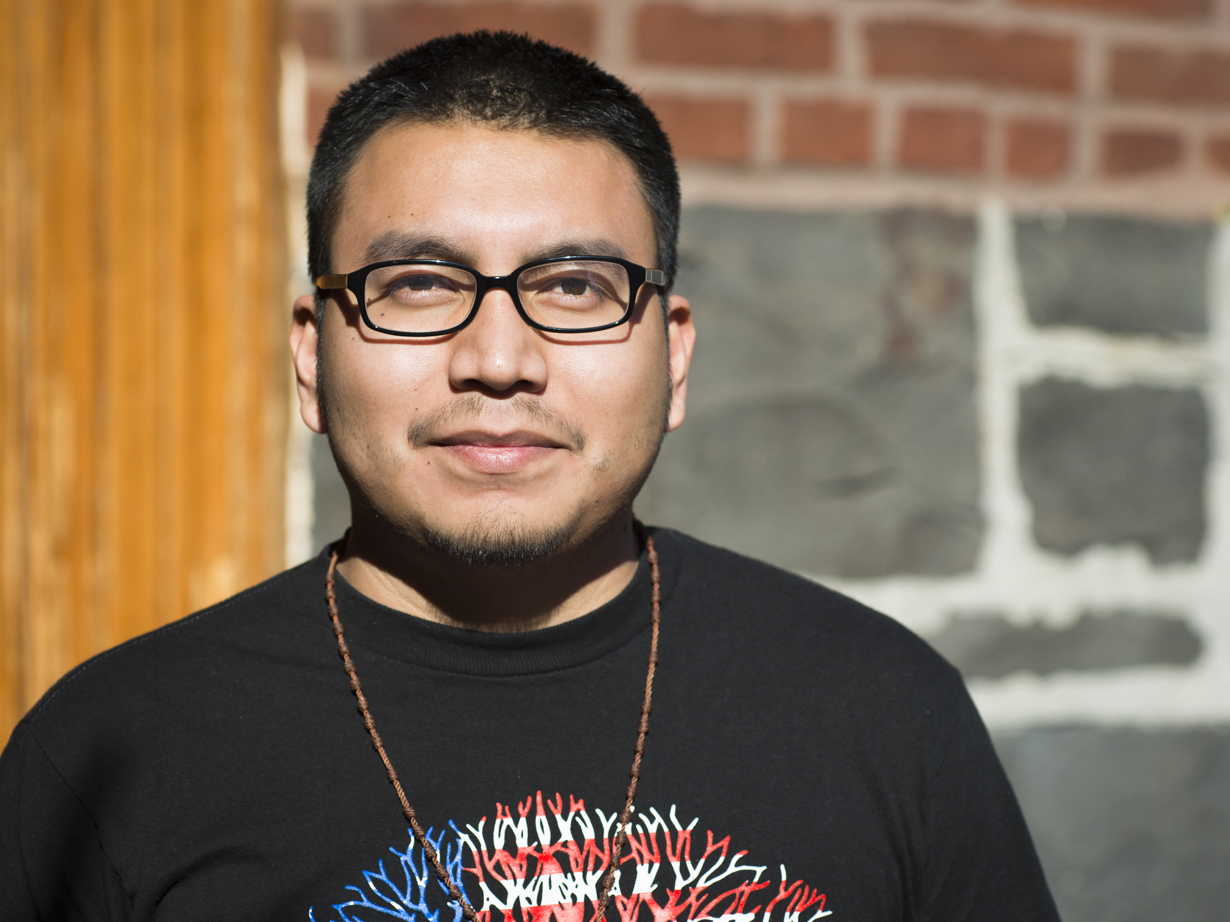 When Efrain first sauntered into his AP literature class in high school, something triggered him: He noticed that he was the only student of color in the room.

It wasn’t easy for Efrain to immediately get into honors and advanced placement classes, but when he did, the dialogues emerging in the classroom made it harder for him to relate to anyone. He felt isolated.

Efrain avoided talking about his undocumented status for most of his life. He was afraid that people would ask about his identity. Nobody knew. And when someone would ask him where he was born, he was told to say “The United States.” But as he got older, concealing the truth became so difficult that it affected him. Efrain, like many others with undocumented status, carries fear with him wherever he goes.

Born in Asunción Ocotlán, Mexico, Efrain crossed the border when he was four years old. It was well-planned out. His dad had worked in California for a few years, but went back for his family. Efrain’s parents gave him to another family who were crossing the border legally through the checkpoint by car. Efrain had a fake birth certificate. His parents, however, had to take the more perplexing and covert route by foot. They met four days later in the U.S.

The biggest reason that pushed Efrain’s family to cross to the United States was the poverty level, lack of education and government funding in Mexico. His parents never finished school, and without any education, finding a sustainable job was very difficult in Mexico.

Upon arriving in the U.S., Efrain was determined to work hard in school by taking advanced classes and making gradual steps up the educational ladder. That’s when he started noticing that the presence of students of color in the classroom slowly began to fade.

During his senior year of high school in 2013, Efrain — who’s a DACA recipient — applied to as many colleges as he could. Although he was accepted to most of them, Efrain worried about his eligibility for financial aid. Most colleges require applying for the federal Pell grant, but due to Efrain’s undocumented status, he was not eligible for the grant or for other scholarships and student loans.

Efrain has long-yearned for an opportunity to work and go to college. He was determined and wasn’t about to give up. He made several calls to colleges, trips to counselors, and made inquiries to private loan companies, but still made no headway. The decision finally came down to two private schools; one of them was the University of Portland (UP).

UP gave Efrain the opportunity to fulfill his lifelong dream of attending college. Efrain is currently in his fourth year of a five-year program, studying philosophy and physics.

“I believe there’s hope for something better, but at the same time there’s a worry that it’s not going to turn out well for everyone,” Efrain says. “Right now, the political climate is very anti-immigrant and the media focuses a lot on that, so paying attention to what’s going on is important.”

After years under DACA’s protection, Efrain, like many others, was devastated when DACA was repealed by the Trump administration in 2017. Since then, Efrain changed his narrative. He found the courage to tell the real story when people asked — he was born in Mexico, undocumented and now, unafraid to voice his story.

“Right now my idea is to share my story as much as I can,” Efrain says. “There’s an image associated with undocumented immigrants, but (people) have never mentioned immigrants trying to contribute to society and making an impact to the community.”

Efrain is about a year away from getting his bachelor’s degree, something his parents never had the chance to work toward. But with the several cases of ICE raids and deportations circulating the news, he fears that he might not make it to the finish line. Nonetheless, despite this, Efrain stays hopeful and his family is proud of him.

Last year, Efrain received the Spring 2017 Provost’s Initiative on Undergraduate Research award, where he co-designed a research project entitled “Studying Quantum Decoherence with Single Photons.” Efrain channels his hope from advocacy groups and the pockets of inspiration and support constantly emerging here and there.

“There are people who want to help and advocate for immigrant rights, and finding that group of people is encouraging,” he says. “It’s important not to focus on the negative and to take advantage of the opportunities you have and hope that it will be better soon.”

One thought on “Undocumented and Unafraid”