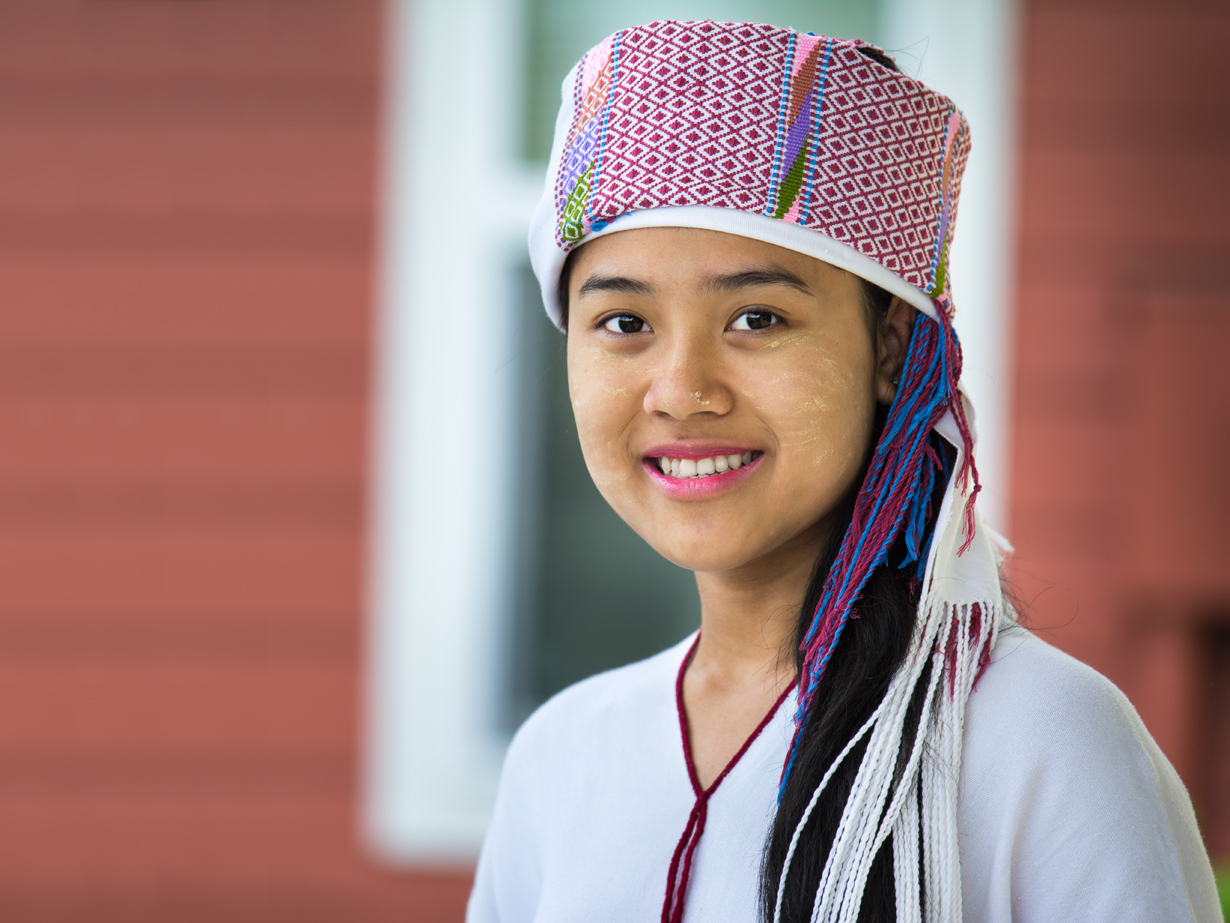 She was born in the Mae Ra Moe refugee camp on the Thai-Myanmar border, a place that was home to about 17,000 refugees. They were mostly Burmese Karen ethnic minorities who were fleeing from the Burmese military atrocities. Her parents would not talk much about their escape from their village, but from what she could gather, they had been living a nomadic life in the jungle, just across the border, hiding and fighting the military. Surviving in the jungle with a small child was hard enough, but her mother had also given birth to her twin sisters, alone, on the bank of a river. The twins did not survive. Soon after this, her family crossed the river to the refugee camp.

By the time Naw Bi was five years old, the camp had evolved into a small cramped village with rows of houses made of bamboo reeds. There were no running water or electricity. People used water from the nearby polluted stream for their daily use. Men, including her father, disappeared for months. Some slipped into the nearby Thai countryside to find farm work, while others took up arms to fight a guerrilla war against the military. Many of them did not return to the camp and in her own family, three of her uncles were killed in the fighting.

With no toys, television, newspapers or magazines, she grew up without much understanding of world outside the camp. She rarely thought about her future; life existed “day by day.” But when her parents told her that they had applied to migrate to a different country, a whole new world of possibilities opened up. She could not stop thinking about the world outside.

Naw Bi was barely 11 years old when she arrived in Portland, Oregon. She did not know any English, and remembers walking into her new classroom “putting on a brave face.” She spotted one other Karen student in her class and they managed to survive together without understanding her new world around her. She remembers the moment when she started to understand what people around her were saying, but she could not carry on a conversation. But within a year, she improved her English well enough to take few regular classes outside of the English Language Development (ELD) curriculum.

Naw Bi is now 17, a typical high school junior thinking about her college. There is a lot of pressure being an American teenager, she thinks, especially being a refugee. She does not normally tell anyone about her refugee identity. But at the same time, “deep inside I keep thinking about doing something for my Karen people. They have been fighting for a long time and I want them to have a home,” she says.