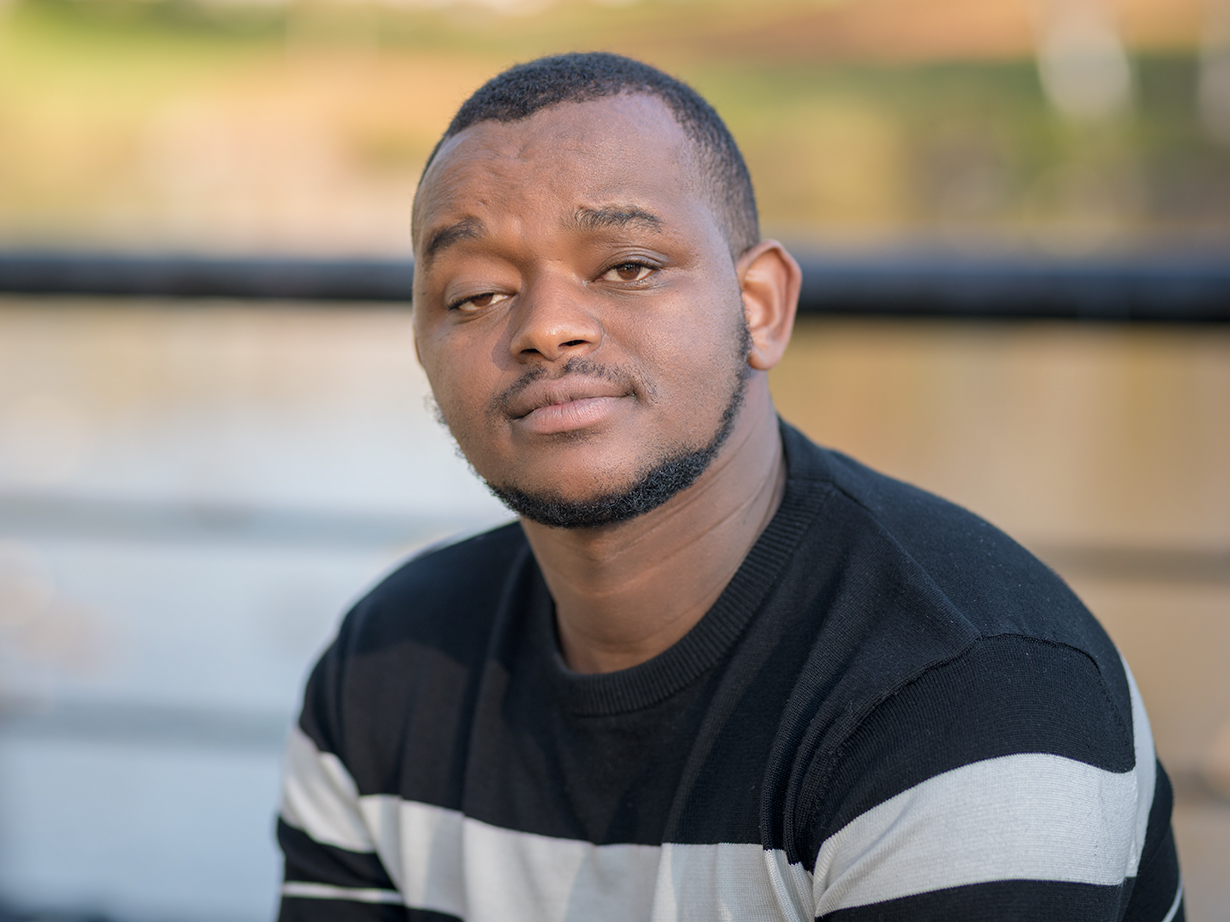 Jean Paul was three years old when his family decided to flee their fertile home land in North Kivu in Congo.  The next seventeen years they  would endure a slow and ongoing humanitarian crisis, including surviving a massacre at Mudende Refugee camp.  But a combination of his own resilience and unexpected and timely kindnesses eventually brought Jean Paul to the U.S.

Jean Paul spent seventeen years at Gihembe Refugee Camp in Rwanda.  It was a cramped site that had nearly 17,000 refugees, mostly Tutsis from the Northern Kivu region who were fleeing genocide by a rival ethnic group, the Hutus.  He was enrolled in the only school in the camp, which provided education up to 9th grade.  His typical day would begin by searching for water for his family.  He was in school by seven in the morning, but mid-day, between his classes, he had to return to home to find out if the family had lunch for him that day.  Often, he would go back to his afternoon session on an empty stomach.

During his sixth grade, Jean Paul determined that the only way to escape the refugee camp was to study hard and go to college.  He didn’t think he was very smart, but he compensated by working even harder.  He often went to his teachers to ask for extra assignments.

In his final year of school, Jean Paul outscored his classmates to finish first in his 9th grade competitive national examination.  Daydon Harvey, an American woman who was working for an educational NGO in the camp, noticed his accomplishments.  She promised to pay for him to continue his education.

In Rwanda, entering high school, which is called Senior Secondary Education, is highly competitive.  Public boarding schools are expensive and selective.  Because of his credentials, the National Board placed Jean Paul in one of the best residential schools in Rwanda and Daydon paid for his school out of her own money.  At the end of three years of high school study, Jean Paul took the national level advanced examination to graduate and was ranked number two of all the students that year in Rwanda.

Typically, high school students in Rwanda would be able to go to college with the help of scholarships available to them.  But Jean Paul, being a Congolese living as a refugee in Rwanda, was not eligible for these scholarships.  That summer after finishing high school he was distraught and hopeless.  He came back to the camp and resigned himself to the fact that his education has come to an end.  But as luck would have it, ‘These Numbers Have Faces (TNHF),’ an NGO from Portland, Oregon, had decided to award college scholarships to bright Congolese refugees that year.  Jean Paul was selected to be one of them.

Jean Paul enrolled at the prestigious Kigali Institute of Science and Technology, majoring in Electrical Engineering.  By the end of his school year, his family got the news that they were selected to be resettled in the U.S.  To their surprise, they learned that they would be going to Portland, where TNHF is situated.

When they arrived in Portland, “there were about dozen people all smiling, excited to see” them.  “It was a blast,” he says.  They drove his family to their new home.  Inside, there were clothes, furniture, kitchen utensils, and above all freshly cooked food.  “Oh, my God I have not seen this kind of love before,” Jean Paul recalls thinking.

Today Jean Paul is a third-year Electrical Engineering student at the University of Portland on a full Presidential Scholarship and a member of Tau Beta Pi National Engineering Honor Society. He will be starting an internship with Intel Corporation this summer.