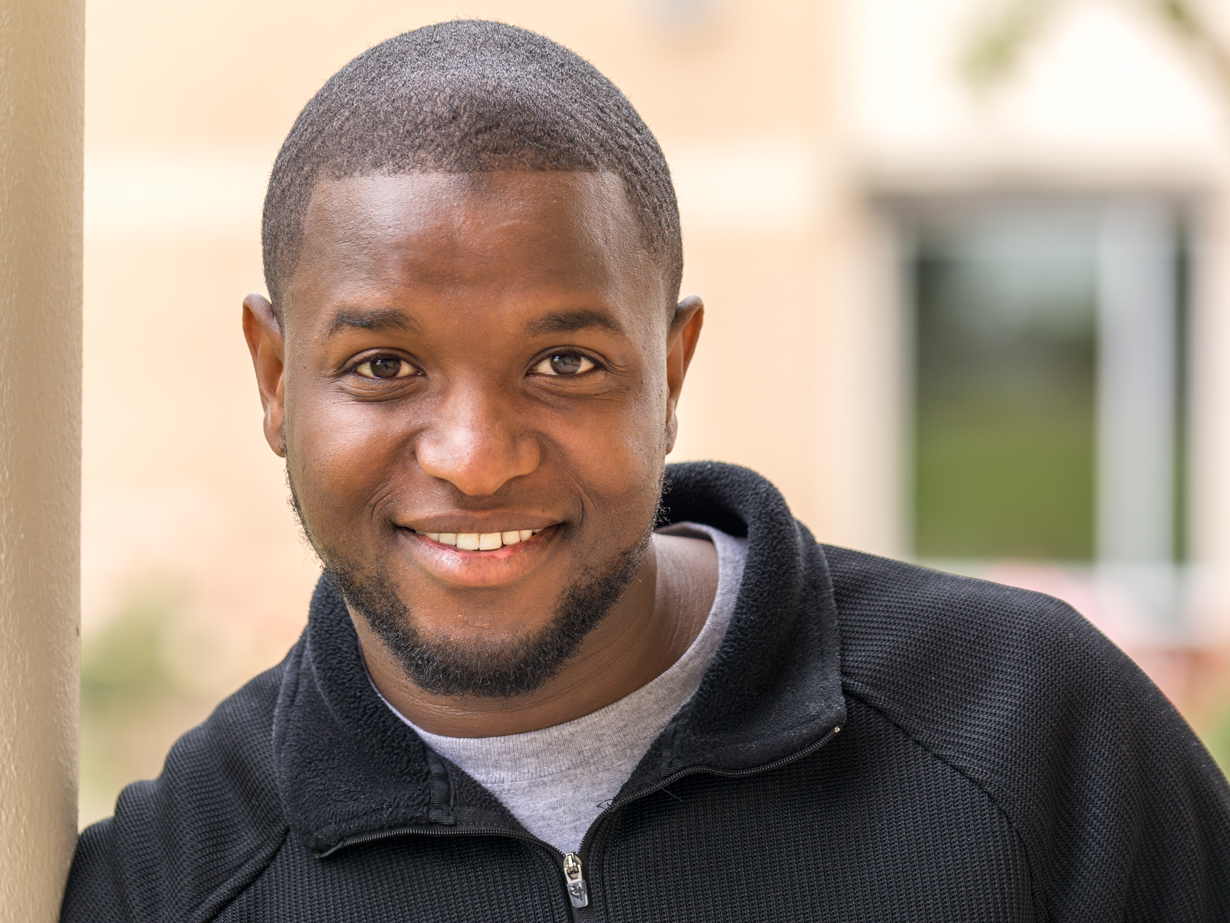 By the time Abdikarim settled in Kakuma Refugee Camp at age 11, he had already lived in three countries.

He was born in 1990 in Somalia, when it was on the verge of collapse as a sovereign country. By 1992, a combination of civil war and a massive drought left the country with escalating famine, leading to many deaths and mass migration. Abdikarim’s mother decided to leave her village and cross the border to Kenya on foot, carrying her two-year-old with her. In the next few years they would migrate from Somalia to Kenya to Tanzania and back to Kenya, seeking a better life.

Abdikarim settled with his mother and sister in Kenya’s Kakuma Refugee Camp in 2001.  The camp contained rows of brick-walled homes with tin roofs that were baking hot by mid-day, when the outside temperature soared to over 100 degrees. In the sub-Saharan aridity, there were no trees and little vegetation.  At its peak, the camp was home to nearly two hundred thousand refugees, about half of them from Somalia.

In spite of these harsh conditions, the camp provided some normalcy to Abdikarim. He attended the local school and made friends. Often, he and his friends would seek out work, at times even doing hard labor to earn a few extra bucks. He would then save up and treat himself to the latest Bollywood movies showing around the camp. Afterwards, he and his friends would sing and re-enact the Bollywood dances. They provided a perfect diversion and “kept the camp life out of my mind,” Abdikarim recalls.

Abdikarim had the chance to move to a fourth country, the United States, when he was 14 years old.  When he landed in New York City in 2004, he could not make out if it was day or night outside. The city was having a severe snow storm, but he did not realize it was snowing outside. When he opened the door, leaving the comfortable airport, and abruptly felt the cold air without any winter clothes, he thought to himself, “If this is how America is, we cannot survive here.”

His family continued to move within the US and when he arrived in Portland, Oregon in 2007, he had lived in three different US cities. But in Oregon, his wanderings would finally cease.  He met a high school counselor who would challenge him to seek a better future by becoming a better student. School provided him the stability he was seeking, and he graduated high school, a first in his family, with high grades.

Today, Abdikarim works as a Family Youth Advocate and Academic Support at the Immigrant & Refugee Community Organization (IRCO). He says he really enjoys working with the youth and sees it as his way of giving back to his community. He is also going back to school and wants to earn a college degree in Computer Science, hoping to be a role model to his kids. He realizes, “If I want to educate our youth, I need to have education.”