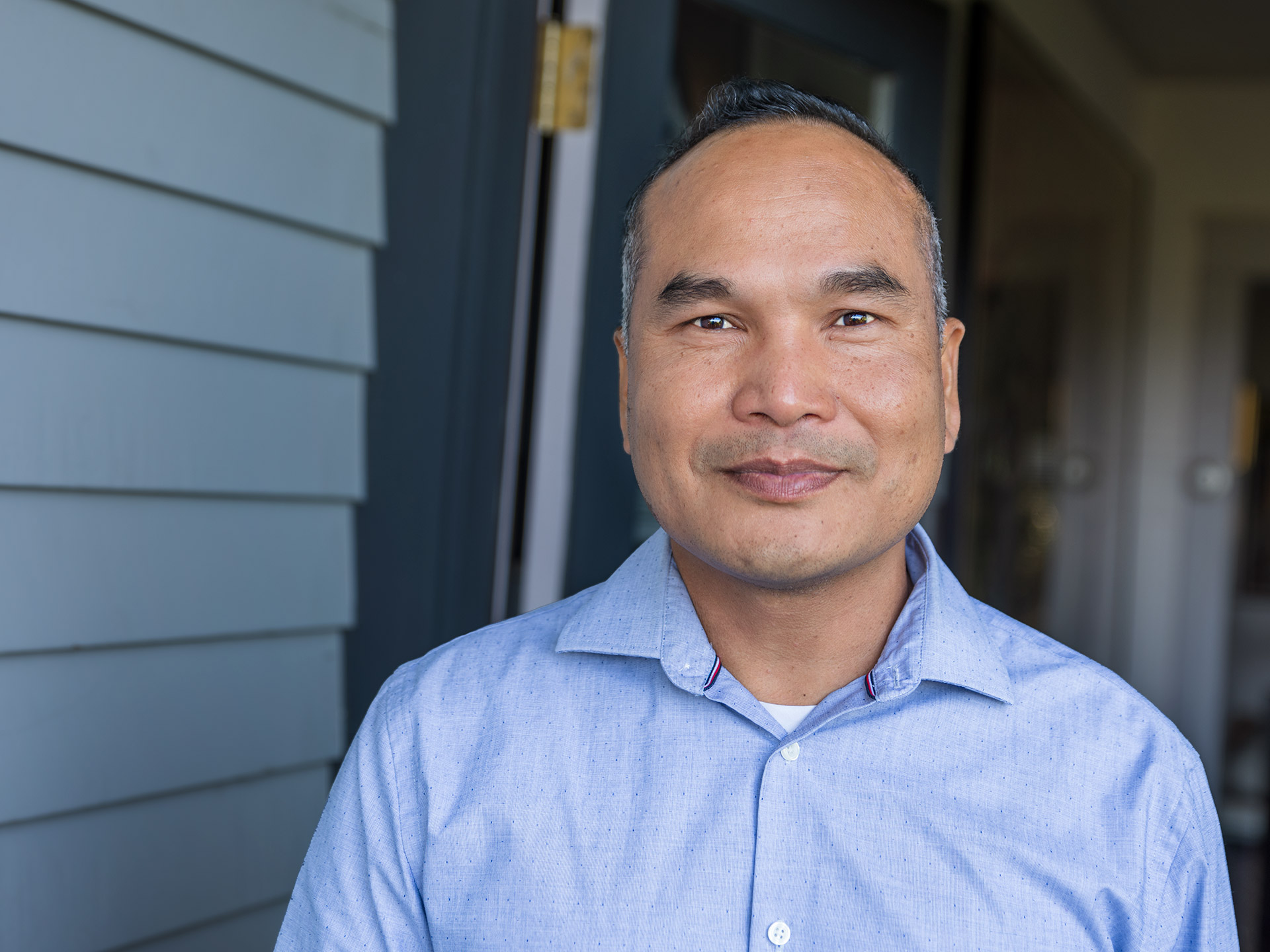 Too often the stories of refugees from ravaged lands force us to confront unimaginable suffering, terror, and trauma. Binh (Ben) Thach harbored such a tale in  silence for many years but it was one he finally needed to tell, in part to let the world know his experience of cruelty and violence, but largely to honor his mother and step-father whose courage in the face of atrocity enabled him to survive.

Thach was born in Kopong Thom, a small Cambodian village, in 1975, the year the Khmer Rouge took control of the country and proceeded to murder 25 percent of the population. His father, who was a history teacher, his 19 year-old mother, and the infant Binh were put into a labor camp. While his parents were forced to work in the fields, Binh was tied to a tree, against which soldiers regularly smashed the heads of children to spare the expense of bullets.

Fearing she would die in the camp, Binh’s mother determined to escape, but an electric fence surrounded the perimeter and she had witnessed a man gratuitously thrown against it, electrocuted to frighten prisoners who might try to flee. However, she knew when the power was off, so one night she cut through the fence and slipped away with her four-month old child. Binh’s father, however, refused to accompany them, declaring he would rather die in his native land than run. Binh never saw him again.

Carrying her baby, Binh’s mother made her way on foot and forded streams to reach sanctuary in Vietnam, where her mother lived. Constantly alarmed that the child’s crying might reveal their location, his mother was sometimes tempted to drown him and save herself, as she later told him.

Mother and son stayed in Vietnam for several years, where she met her second husband, a one-time Buddhist monk and later a farmer. Only recently did Binh learn that this man, who basically adopted him, was not his biological father. This was but one of many secrets marking his torturous wanderings through the devastated lands of South East Asia.

Binh’s uncle, who was living in the U.S., convinced the the family to reach Thailand in order to get visas to America. But first they had to cross the border and return to Cambodia. By now Binh was 10 and had two brothers and a sister. Getting out of Vietnam with forged documents was relatively easy, but going from Cambodia to Thailand was a journey from hell. Walking at night, sleeping under bushes by day, the parents carried the younger children, their journey punctuated by nearby gunfire. As Binh recounts, the lesson he learned then was, “Walk or die.” Throughout their nightmare march he smelled burning human flesh from decayed and rotting bodies flung into alleys and scattered through desolate fields.

But the most traumatizing moment for all of them was still to come. While crossing a forest, they were accosted by Cambodian soldiers. Binh saw his mother dragged off. Too young to understand what was happening to her but sure even then that it was something terrible, he is convinced now his mother was raped. “I witnessed more than I should have,” he says. His stepfather had to watch helplessly; had he protested let alone fought, “They would have put a bullet in his head.” The entire episode comes back to him as he speaks: “I will never forget the scene and all its confusion and pain.” As Binh recalls this harrowing tale of life and death, he is moved to tears, but “I need to get the story out and off my chest; it must be heard if only to honor the sacrifices my mother made, her amazing strength.”

The family eventually reached Thailand and remained in a refugee camp there for almost three years, during which time the uncle in America completed the paperwork to procure U.S. visas for them. They finally arrived in Portland in 1989, when Binh, who spoke no English, was 14. Soon after, they moved to Vancouver, WA, where Binh quickly became proficient in English and his stepfather, the former Vietnamese farmer, gathered mushrooms and picked berries to sell to local markets.

Binh met his wife in high school, and like his mother, married at 19. They remained a couple for 13 years, raising two daughters–Sarena and Jayna–whose mother is half-Italian and half-German. Binh has another daughter, Avelin, whose mother’s ancestry is Irish, Russian, German, and Indian Cherokee–three children with complex DNA reflecting over a century of radically different waves of immigration.

Binh became interested in electronics as a teenager, and spent some time as a computer processor, as well as doing computer maintenance for the semiconductor firm TriQuint in Hillsboro. After a while he changed jobs, first helping his father-in-law remodel houses in Redmond, and now doing freelance construction work himself.

Binh admits to being obsessed by family history, and his own complex adventures through a minefield of perils have made him eager to celebrate those who made his journey successful, but above all to know the truth about his past. He long suspected his stepfather might not be his biological father, but any inquiry met a wall of resistance. Only when his stepfather died did his mother tell him the true story. That confirmed his suspicions but did not fully assuage him, since the mystery of his real father’s fate remained. Did he perish in the Cambodian camp? Did he survive, and if so did he have a new family? And if so, would Binh ever meet his half-siblings?

For the past several years Binh has tried to find that ghostly figure, placing ads on Facebook to see if anyone in Cambodia might know of him, and even posting a video on YouTube. He has received a few responses, but believes they were likely scams. Why did he invest so much time and money on what he presumed would be a futile quest? “I did it for my three younger brothers [one born in the U.S.] and sister; they never met my father, and I wanted them to know their big brother’s whole story, certainly that early part.” It’s that drive for authenticity and completeness that has marked Binh Thach’s life, ever since he learned of the long complex pilgrimage through electrified barbed wire to the shores of a distant land.