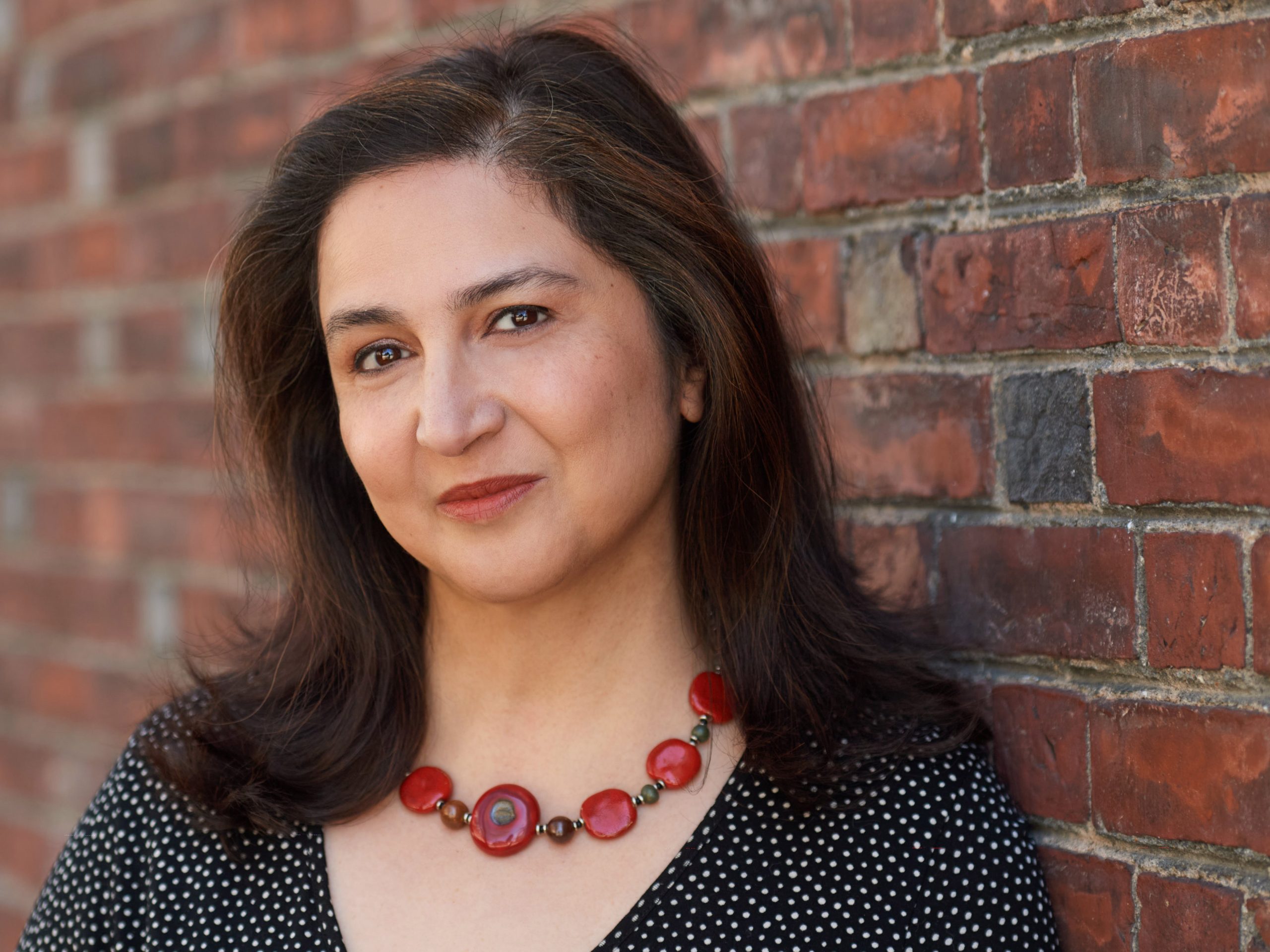 After she earned her master’s degree, Rajika Bhandari was left with a grand, existential question. Where did she fit in, she wondered: Was it in the United States,where she had studied as a young adult? Or was it in India, where she was raised?

“I saw that I was changing and India was also changing, so the person I was becoming might not fit into India anymore,” she says.

Bhandari was born in New Delhi in 1970. Her family valued education, and to ensure the quality of her schooling, she was sent to her mother’s boarding school.

For her undergraduate degree, she attended the University of Delhi. Meeting a diverse group of students from different castes, she came to realize, “how I had been in an insulated bubble while in boarding school.”

For her master’s degree, Bhandari decided to join the tens of thousands of Indians studying in the U.S. But she worried that if she left India, she would not return.

“I didn’t want to become a fly trapped in honey,” she explains. “We’ve grown up with this notion that the West is best.”

But her father was always set on her getting a “Made in America” degree and her fiance was planning to study at North Carolina State University, so she joined him there.

But as she began to settle in, Bhandari found herself embracing certain U.S. cultural customs and questioning some from India. The caste system, which she describes as “a hangover from colonial times”, and the expectations placed on women were aspects of India that especially troubled her.

“I felt like I was living with one foot in each country,” she says.

Elaborating further in her book, “America Calling: A Foreign Student in a Country of Possibility” (2021), she comments, “My time in America opened my eyes to the contradictions with which women live and the overt and hidden sexism that surrounds us — a reality that exists in both America and India.”

After earning a Ph.D. in psychology with a focus on educational policy analysis, Bhandari wondered if she truly wanted to go back to India.

“As I was finishing up, that’s when I had to confront the question, ‘What next?’ And I think at that point, there was the realization that there were things I had really begun to like about the U.S.”

By that time, she and her fiance had grown apart. She was sure that she would easily find a job in India, and so, armed with a U.S. degree, she moved back to Delhi. But in the early 2000s, there were many young Indians with degrees from the U.S., and it was not easy to be a single, professional woman there.

After six months, Bhandari realized she wanted to return to the U.S.

Bhandari moved to New York City in 2004 and started working at the Institute of International Education (IIE), studying how international education impacts the United States, both financially and culturally.

In 2016, she decided to write a book about what she was learning through her work. “It’s both a deeply personal story of my own journey as a foreign international student from India to the U.S. and also a document of that very difficult and torturous process in becoming an immigrant. It also argues that countries like the U.S. need to keep their doors and minds open to international students, who contribute on average $44 billion/year to the U.S. economy.

“I truly believe that when you’re going to another country to study, you’re not going just for academics,” she continues. “You’re going to enter another society for whatever period of time, and it’s important to understand the dynamics of those societies.

“I think now people are seeing the U.S. in an altered light and more realistic way, but I think the brand of education here is still strong.”

Bhandari has remained in New York and recently launched Rajika Bhandari Advisors, a consultancy group that offers data-driven strategies to universities and nonprofits doing  international work. “America Calling: A Foreign Student in a Country of Possibility,” was released on Sept. 14.