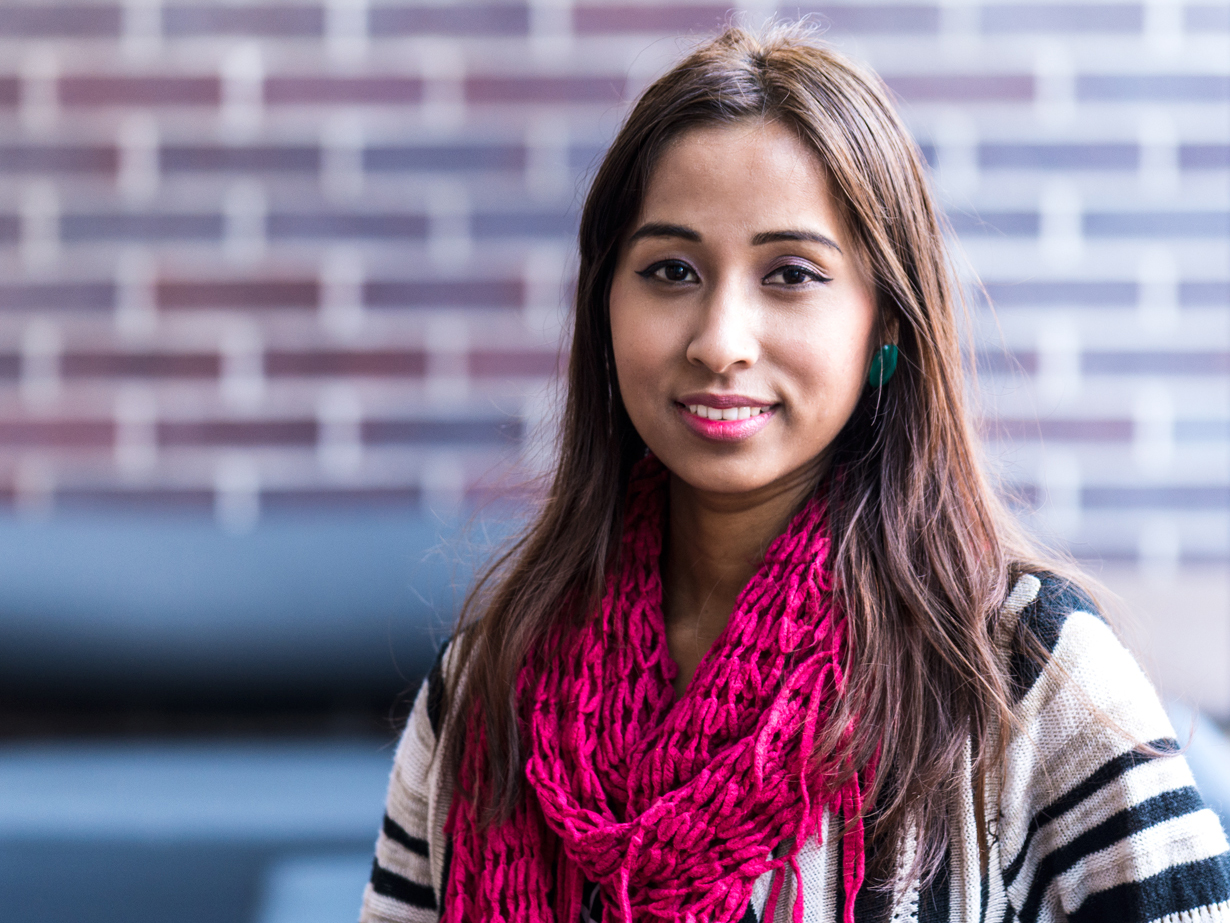 Sumitra was born in a Bhutanese refugee camp in Nepal “without a country and without an identity.” Beldangi I, where she was born and grew up, was one of seven refugee camps. It was home to about 15,000 refugees who lived without a future for nearly 20 years. By the time Sumitra was a young child, the camp had a functioning school for the children, a dispensary for the sick, and with a small ration of food, the camp found some semblance of life. Even without running water and electricity, a sense of normalcy was created by her immediate community of family, friends and neighbors who bonded them all to dispel the isolation and anonymity. Her family emphasized her education so much that every summer when the results came out, and she passed on to next grade, the whole family would have the biggest celebration of the year, complete with sweets for everyone.

When Sumitra entered 9th grade, she knew her education was coming to an end in just about a year. The free schooling that the camp offered went only up to 10th grade. After this, boys continued their education by travelling to a nearby town and the family coughed up the tuition from the very little they could spare. For the girls, however, it was typically the end of their education and the family would start to look for a suitable match. This would all change for Sumitra when, in 2008, her family got the word that they were approved for resettlement in the US.

Their impending departure to the US would arrive soon enough, and it was not that difficult to pack their entire belongings into a few plastic duffel bags. There were no farewell celebrations, but rather several visible emotional displays within the community that had struggled together all these years. They were all dispersed to different corners of the world. For Sumitra, it was a particularly emotional day. When a chartered bus took her to a nearby town, she caught her first glimpses of the beautiful country in which she grew up. Though not really her country, as she still considered herself Bhutanese, this was the only country she knew then. She stayed for a couple of days in Katmandu. There, they got their papers together, their medical checkup done, and an orientation to the country she would call home. Just before she boarded the plane, she got a white bag, and a white sticker with the letters IOM (International Organization for Migration) that would announce to the entire world that she was a refugee.

Eight years after she arrived in Portland, OR, she is thriving. She is the first one in her family to go to college and graduate with a degree! She now works full-time for a non-profit that develops permanent affordable housing in Portland. She wants to be active politically and one day run for office. But for now, she is thinking of going back to school for a Law degree or for a master’s degree in Political Science. She is an optimist, and she is working hard to achieve that wondrous American Dream. But as a “woman of color,” she often wonders about her future while wading through the malicious racial divide. She can’t fail, she says. For, if she does, then she would be letting down all of her case workers, volunteers, mentors, and the entire community that had faith in her. For a 23-year- old woman, that is a very heavy burden to bear.

One thought on “The American Dream Is Never Easy”