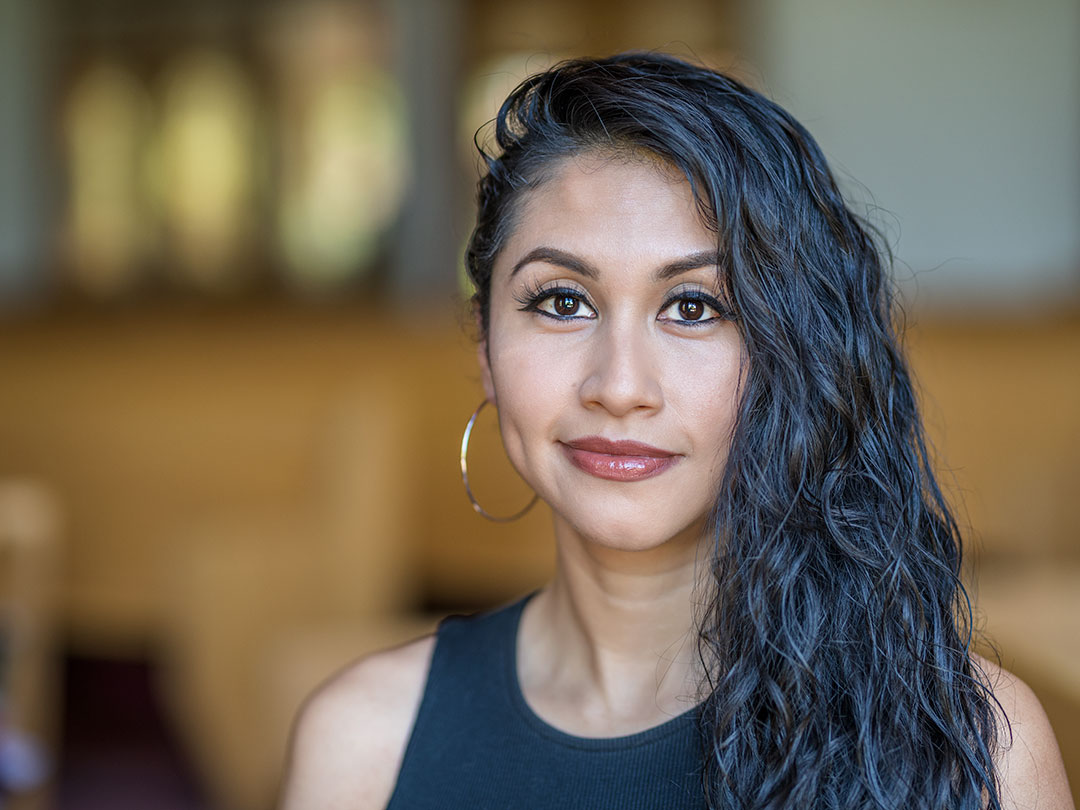 Sindy Avila-Gutierrez looks back undaunted on her life as an undocumented immigrant.  “I’ve always been a rebel in that way,” she says. “You tell me I can’t do something and I will work harder to prove you wrong.”

Avila–she prefers to use this shortened version of her surname–was born in Morelos, Mexico, on July 6, 1988. At age 2, she moved to Woodburn, Ore., with her family. From the beginning in Woodburn, she found a strong sense of community.

“I have great memories from being at school,” she recalls. “There was a lot of community care. I knew that my family wasn’t alone in our particular situation.”

The “situation” was that Avila and her family had entered the United States without valid visas. In other words, they were undocumented. Avila did not learn of her family’s undocumented status  until second grade,  when a classmate asked if she had documents that would allow her to return to Mexico for the summer.

“I left school very confused,” she remembers. For many years, Avila explains, she did not fully grasp the danger that their legal status implied for her family.“It was a taboo conversation that I couldn’t even really have in my family,” she explained.

Not until high school did Avila discuss her legal status with anyone.

Because the Free Application for Student Aid (FAFSA) program requires a Social Security number and proof of legal immigration status, her high school counselors advised her to enter the workforce or attend community college.

“Thankfully, I had two older brothers who had already navigated college applications. It was nice having their support,” she says.

In high school, she says, “I actually became an activist.” I sort of found my calling and more of my own voice and power, even as a young undocumented person.”

Eventually, she became active in the Movimiento Estudiantil Chican@ de Aztlán (MEChA), a U.S. based organization supporting the Chicano identity. She took her inspiration from activists like Cesar Chavez and Dolores Huerta, shifting her focus to community organizing.

“I knew that activism was part of who I was,” she says. “I wasn’t sure what kind of path I had ahead of me, but I knew I was going to dedicate my service to a greater purpose, and that was social justice.”

Avila was fortunate to receive a full-ride scholarship at Portland State University (PSU). There, she sought to work with the Northwest Immigrant Youth Alliance (NIYA)— a nonprofit group of immigrant youth who protested for immigration justice.

While attending a NIYA protest in Portland against SB 1070 bills nationally in 2011, she took a step that would change her life.

“It was right before DACA, and I was just graduating from college. The speakers at the protest were encouraging undocumented people to come forward. It felt like a direct call to me.”

She came out of the crowd trembling:  “My palms were sweating. My heart was racing,” she recounts. ”They gave me a microphone, and I came out of the shadows in front of law enforcement with all of these other amazing youth activists in front of Portland City Hall. I said, ‘I am undocumented, and I am unafraid.’”

After the protest, Avila felt an immediate outpouring of support from others in NIYA and the larger Portland community.“I knew that there was this group of youth activists with very similar experiences to me. I knew that they were going to protect me,” she says.

After  the Deferred Action for Childhood Arrivals (DACA) memorandum was signed in 2012, “We celebrated that victory, but we also knew that we had to continue to fight and continue to demand a path to citizenship for all.”

In 2012, she filed her initial application for DACA and was, for the first time, able to receive a driver’s license and work permit without fear of being deported to Mexico.

Around 2014, she began working in parent and community outreach in the Hillsboro school district, a pathway fueled by her passion for advocating for those still in the shadows. She was eventually promoted to work in family engagement for the Hillsboro School District.

She returned to PSU to pursue a master’s degree in education and obtained her teaching license. She is currently Vice Principal of the Hillsboro School District’s summer school program. Her primary focus is on collaboration with community outreach programs to provide resources to students and their families.

“For these students, it’s been an uncertain time seeing DACA continuously in the courts,” she explains. “Being able to assure them that, within my classroom, they will be supported, has been part of the learning process. I’ve seen my students grow and be able to take ownership of who they are and be proud of that.”