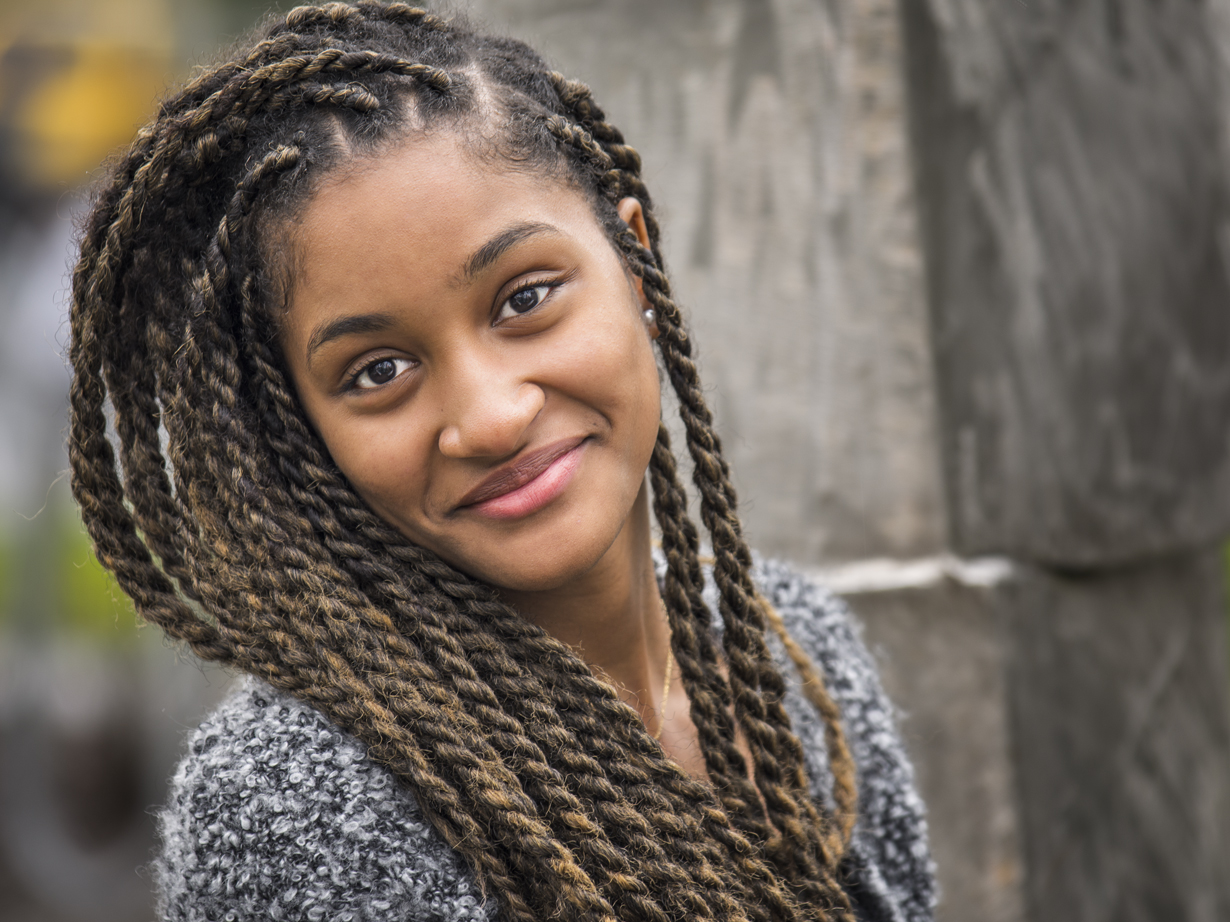 Holding dreams and taking the steps to realize them has been a theme in Kemle’s family. For many years, her father dreamed of making a life in America. When the opportunity presented itself, nearly 20 years ago, he grabbed at the chance. Pursuing his dream meant leaving his family behind in Senegal – his wife, two month old Kemle, and her three older brothers. Thirteen years would pass until Kemle once again saw her father.

Growing up in Dakar, Senegal, Kemle was surrounded by grandparents, cousins, brothers, aunts, and uncles, numbering close to forty, who all shared the home her grandfather constructed as a haven for his extended family. It was a comfortable home in which to grow up. Her neighborhood schools were rigorous. It was there she discovered that she had a flair for language, and before long she was speaking three languages.

Life took on a rhythm for Kemle. As a young child, she envisioned that she would come to the United States for visits as she pursued a career in modeling. As Kemle grew older, she had a sense that a more permanent move to America was in her future. At the age of thirteen, she learned arrangements had been made for her immediate family to join her dad in America. The news came just a month before they were to leave. This sudden change meant leaving her grandfather’s house, her considerable extended family, and life in Dakar behind. As she prepared for the transition, Kemle packed letters that each of her classmates had written her, necklaces they crafted for her, and a collection of photographs. The day of departure was one of the hardest in her life. From the time she left the house that meant so much to her until she boarded the plane, she cried. It was her first trip on an airplane, and it was carrying her to a father she hadn’t seen since was an infant and to a place she had only seen in dreams and conversations.

After landing in New York, Kemle and her family soon boarded a flight that would take them to their new home in Portland, Oregon. The airport was bustling with travelers as she made her way through the terminal. “This is America,” she thought to herself. Her long-awaited meeting with her father was delayed just a little longer as he was unable to be at the airport due to work. Her dad’s closest friend and his wife greeted the family as they arrived. When Kemle finally did set her eyes on her dad, feelings that words cannot describe enveloped her. It was the happiest moment in her life.

Settled in a quiet neighborhood, within a week of her arrival, Kemle was in school. It was there that the challenges of moving to a new country hit her. A freshman in high school, she was a student that spoke three languages, but none of them were English. Day after day, she was embarrassed and saddened by her inability to express herself in English. She lost confidence in her abilities. Rather than recoil, Kemle was determined to learn the language native to her new land. She quickly changed her course, enrolling in the Portland International Scholars Academy, a program that offered intensive and extensive language training. After six months at PISA, her English skills reached a level that would enable her to succeed in high school. And succeed she did.

Just four years after arriving on American soil, Kemle is months away from graduating high school. Her world is filled with numerous friends from many cultures. Her prowess in the classroom has earned her a scholarship to a local university where she will study political science with an eye toward law school and a focus on international law. She will augment her studies by working part time, perhaps as a model, to earn money for her law school tuition. In the not too distant future, Kemle plans to be living and working across the globe to help those in need.