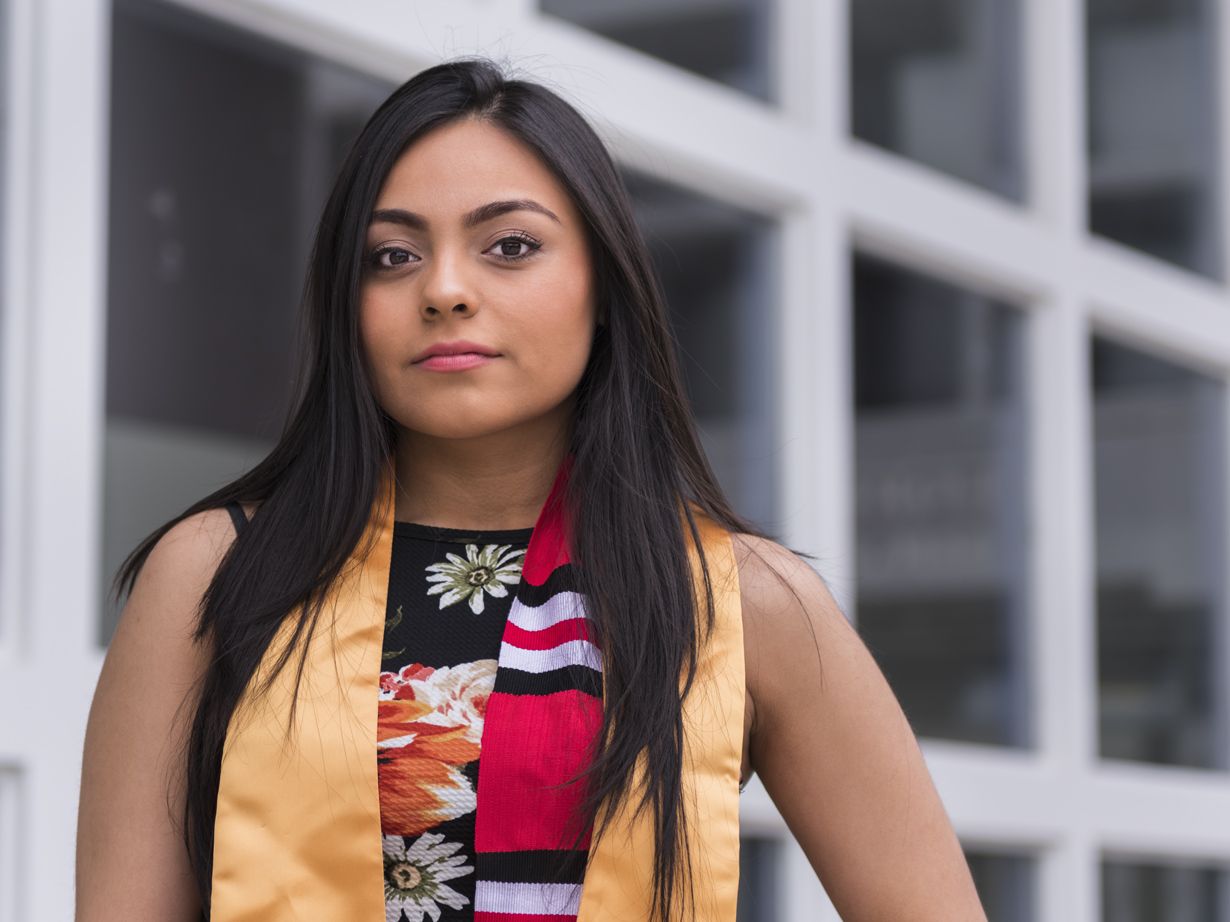 Rosi might have been a rebel without a cause when she was young, but she believes that she was also an unwitting product of growing up a Latina in a world that sees only in black and white.

When Rosaisela, who goes by Rosi, entered high school, she sought attention in rebellious and destructive ways. She would skip her classes, sometimes walking aimlessly in the hallway or going to the library and listening to music on her phone. Even in the classroom, she would not pay attention to her classes. Her parents, who do not have formal education, could neither help her nor guide her through her struggles. It seemed to her that school counsellors doubted her abilities and teachers were not willing to help. She was lost and her GPA tanked.  A toxic relationship with a boy did not help her situation either.

She attributes her attitude to seeking attention from a family that was not in a position to give her the time of day. Her father was going through a form of cancer that required him to be in and out of the hospital. The small catering operation they ran was barely able to keep up with the hospital bills. It also required all-hands-on deck for long hours to keep the business afloat.

Then everything changed, when her father asked her to join them on a trip to Mexico to visit his native village.

Rosi’s father grew up on a large family farm where no one went to school. He told her that he had wanted to be just like the other boys, going to the local school; he even sneaked out now and then to be with them, only to be punished for missing the work at the farm.

During that trip, Rosi saw kids helping out in the farm or selling candies in the streets to make ends meet. She thought, “They should be in school.” One of them came up to her and asked her if she was from America. When Rosi nodded yes, the kid told her that she wished she was from there.

On her return to the U.S., in the middle of her sophomore year, she was certain that she needed to change her life. She was thinking of her father, who even while surviving cancer “put in so much effort to get her educated.” She did not even know if he would be alive if she graduated. She made up her mind then, “to graduate high school without getting pregnant or without getting married.”

All it took was a little attitude adjustment, a bit of focus, and a lot of discipline.

Rosi graduated from the Forest Grove High School in May 2017. In the fall, she will be attending Warner Pacific College. She will be the first in her family to go to a four-year college. A couple of good scholarships will help her with paying for college. Looking back on her rebellious days, she says, “I did not think I was smart, I didn’t think I would get scholarships. I thought I would never go to college.”

She wants to become a teacher and wants to help others succeed. “Everybody has potential inside,” she says.  “You just need to unwrap it in different ways.”