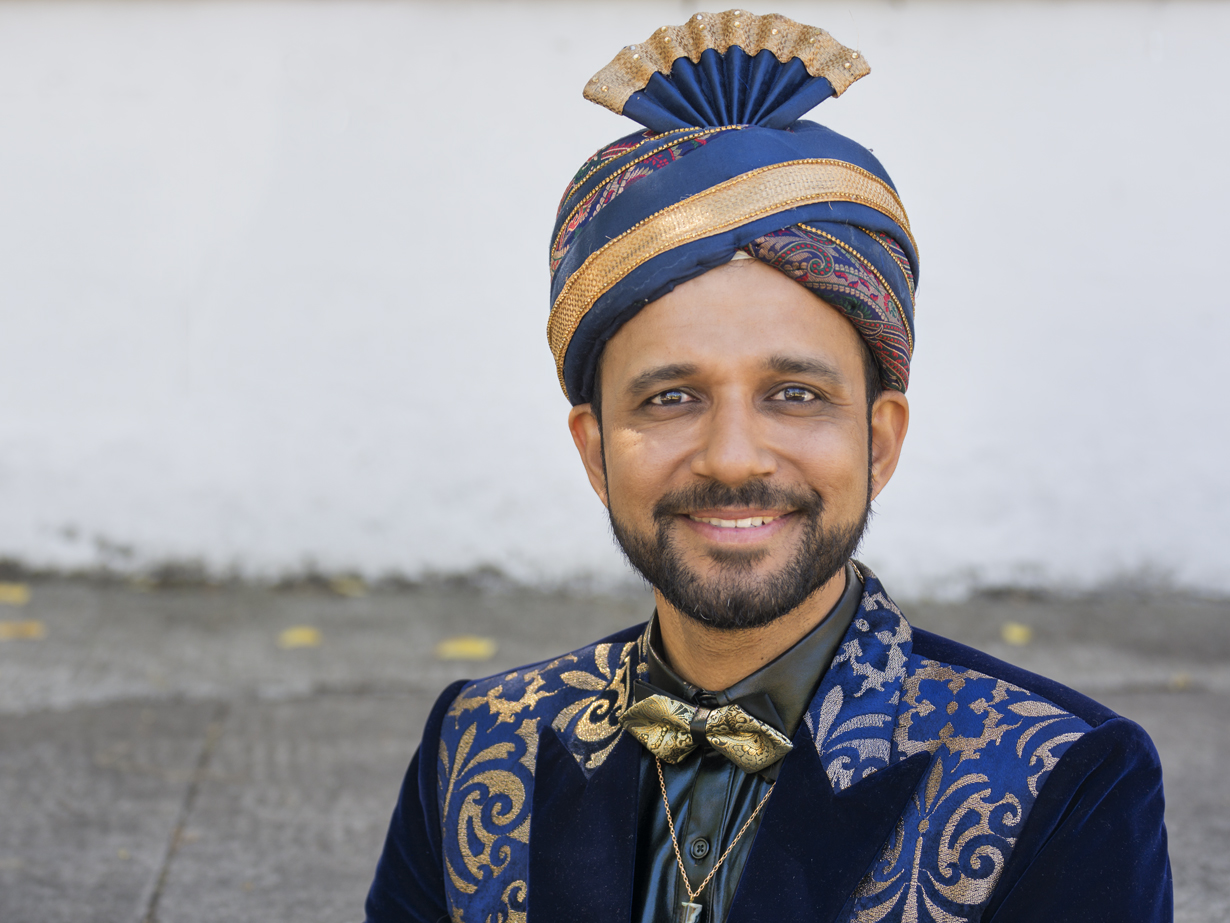 DJ Prashant may look like a typical Indian immigrant, but if his dance moves are any evidence, his story has a quintessential Bollywood plot written all over it.

Prashant came from a modest upbringing and his family moved around until they settled in Mumbai, India, when he was around 10 years old. His family encouraged Prashant to study science and math and sought for him a traditionally secure future through education. There was societal pressure as well to study hard, get good grades and seek an engineering career. He did his part to play along.

Apart from occasional creative outbursts during his school celebrations, he was not particularly keen on dancing or singing as a child. But he does remember buying a cassette player and repeatedly playing the popular Lucky Ali album Sunoh. He believes that was his first real taste of music and rhythm.

After finishing high school in 1999, he was able to enroll in one of the premier engineering institutions in India, the Institute of Chemical Technology.

During his first year, insecurities started to haunt him, to a point that he felt “extremely ashamed” being there.  He thought that his seat could have gone to a more suitable and better candidate. To get him through, Prashant found inspiration in a couple of professors who encouraged him to channel his creative energy into critical thinking and research. Finding refuge in research paved the way to the prestigious Cornell University in 2003.

When Prashant arrived in the U.S., he started to question his place and his future again. He was barely 21 years old, alone, in a new country. Not knowing where he belonged, he shuttered himself away from everything. His new surroundings, his insecurities about his own body image, and his ever-critical mind all contributed to depression.

Then he found himself in the middle of a Zydeco dance event. This was the beginning of an awakening of which there was no turning back.

He started to feel safe, and the dance floor provided him a sense of belonging. He realized he had an incredible sense of rhythm and he could improvise any moves by observing people dance.

From then on, his life was consumed by dancing. He remembers being a “maniac on the dance floor,” and recalls on cold New York winter nights he “would dance so hard that steam would be coming out of his body.”  In just a few months, he lost nearly 40 lbs, and he felt fit and secure in his body.

After completing his master’s degree at Cornell, Prashant landed a lucrative job offer from Intel Corporation that would take him to Portland, Oregon. While the day job paid his bills, it was the dance floors where he came alive — so much so that he found his career as an engineer was suffocating and soon he quit his job.

He survived on teaching Indian kids Bollywood dance, and serendipitously discovered that he could make a name for himself by DJ’ing. Soon, he created a business called ‘Jai Ho! Bollywood Dance Party.’

Today, as the Portland music magazine Vortex puts it, “He has become a one-of-a-kind Bollywood entertainer. Prashant is a singer, choreographer, emcee and DJ with one simple motto: Make people dance all night long to an irresistible blend of the world’s greatest beats.”

Indeed, Prashant is thriving and is working as hard as ever. Above all, he has found peace with himself and says “he has no regret” and “is extremely happy doing this.”