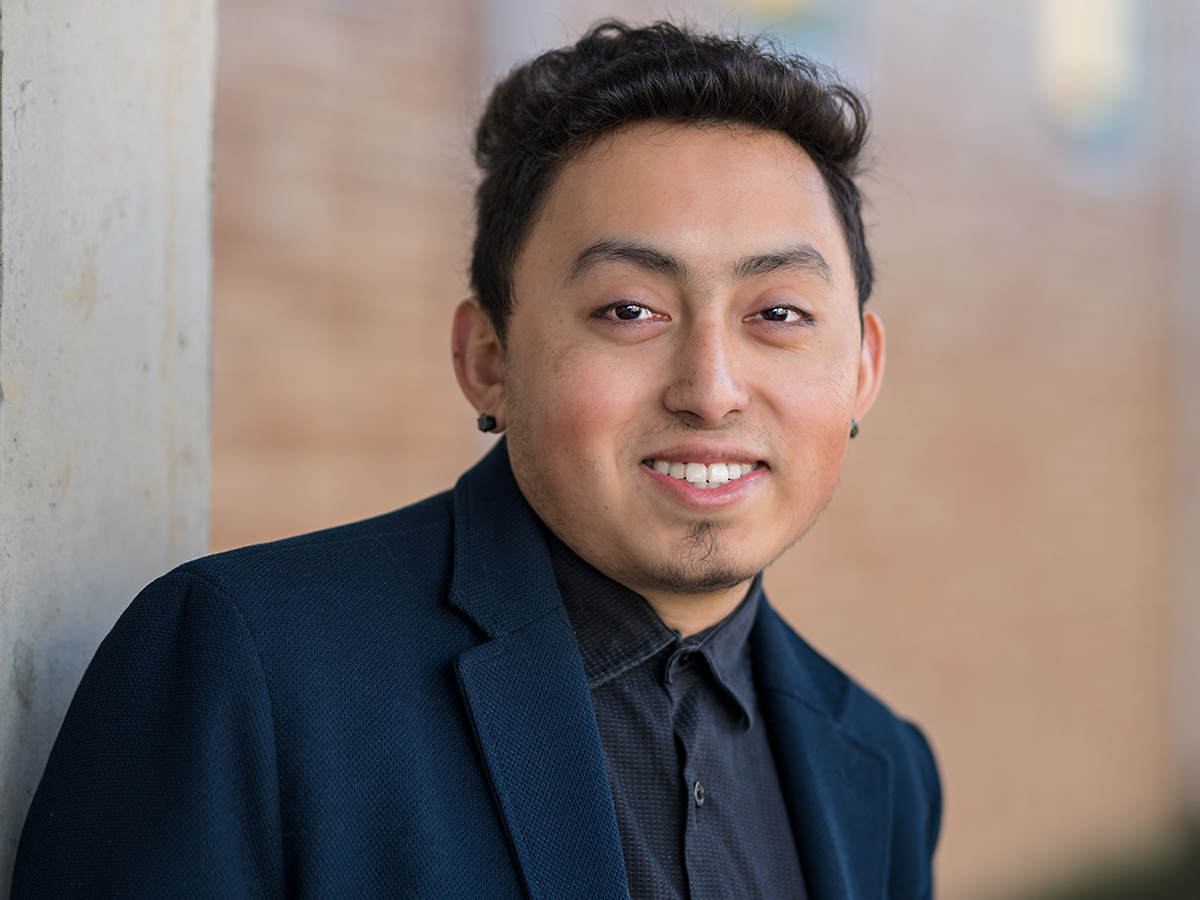 For Carlos, getting a kidney transplant at the age of 20 was probably the most difficult time of his life. But his hardships did not start there. His earliest childhood memories were of flashing lights and a long journey in a dark forest near the United States-Mexico border.

He was born in Monterrey in the state of Nuevo Leon, Mexico in 1991. He was barely four years old, when his mother decided to take him along on an arduous trek across the border to the United States. It was a dark night and he does not remember much. After multiple attempts to cross the border, they finally succeeded in 1995.

He and his mother had moved to Oregon soon after, where Carlos entered kindergarten without knowing the English language. He started out as a timid child who felt he didn’t belong. They moved around a lot and with an absent father, he lacked important parental guidance. His mother also constantly shifted from one job after another to support the family.

By the second grade, Carlos slowly began to adjust. He was selected as the youngest student at his school to join the Talented and Gifted program. “We’d have lunch with the principal to discuss ways to make the school better,” he recalls. It was important for him to be seen, because he was always hiding in the shadows.

As he grew more comfortable, he began to get involved with more activities such as basketball. His fascination with the sport grew and he joined local youth leagues in high school. Just when he thought he finally adapted the new culture, Carlos was confronted with some fatal information.

At 17, Carlos was diagnosed with kidney failure and was told that he would need to be placed on dialysis and would soon need a transplant. By this time, because of his status, he was not able to work and his health was interfering with his schooling.

“It was very difficult,” Carlos recalls. “I was going to dialysis three times a week for four to five hours each day, and I couldn’t even start my life.”

Although he was under his mother’s insurance by then, since he was undocumented, he was required to raise $35,000 to get himself on the waiting list for the transplant as well as it serving as a backup for medication costs. The backup was meant to give assurance to the hospital in case he lost the insurance during the course of his treatment.

For a family that barely had enough, raising such a large amount seemed daunting. But Carlos and his family were determined to raise some funds through garage and bake sales. They rarely made any profits, which made their goal seem unreachable.

But finally, the local chapter of Sparrow Club at Glencoe High School, where Carlos had graduated from in 2011, provided them with hope. The club aims to help families in need of medical finances through fundraising and philanthropy. Spearheaded by their student leaders, they rallied students at Glencoe and the Hillsboro community through silent auctions, raffles, bottle and coin drives, and coupon book sales’ to raise the majority of the money needed.

And on October 2012, Carlos had a successful kidney transplant. He was 20 years old.

To Carlos, life felt as if it had come to a complete stop, revolving around constant hospital visits: dialysis, surgery and recovery. When he finally recovered, he was able take advantage of the Deferred Action for Childhood Arrivals (DACA) program established June of that same year. It legitimized his existence and allowed him to work.

“It was a real validation of my existence in the United States,” he says reflecting on his official status. Soon after, he was able to land a job at a local call center where he now specializes in training new employees and is included in the day to day operations.

Today, Carlos once again finds himself in the same situation he was in six years ago. An unknown status with an uncertain future: he lost his DACA status. Despite the unclear and bumpy road ahead, Carlos continues to take steps towards his dream job of coaching youth basketball, helping his family, exploring entrepreneurship opportunities and attending college.