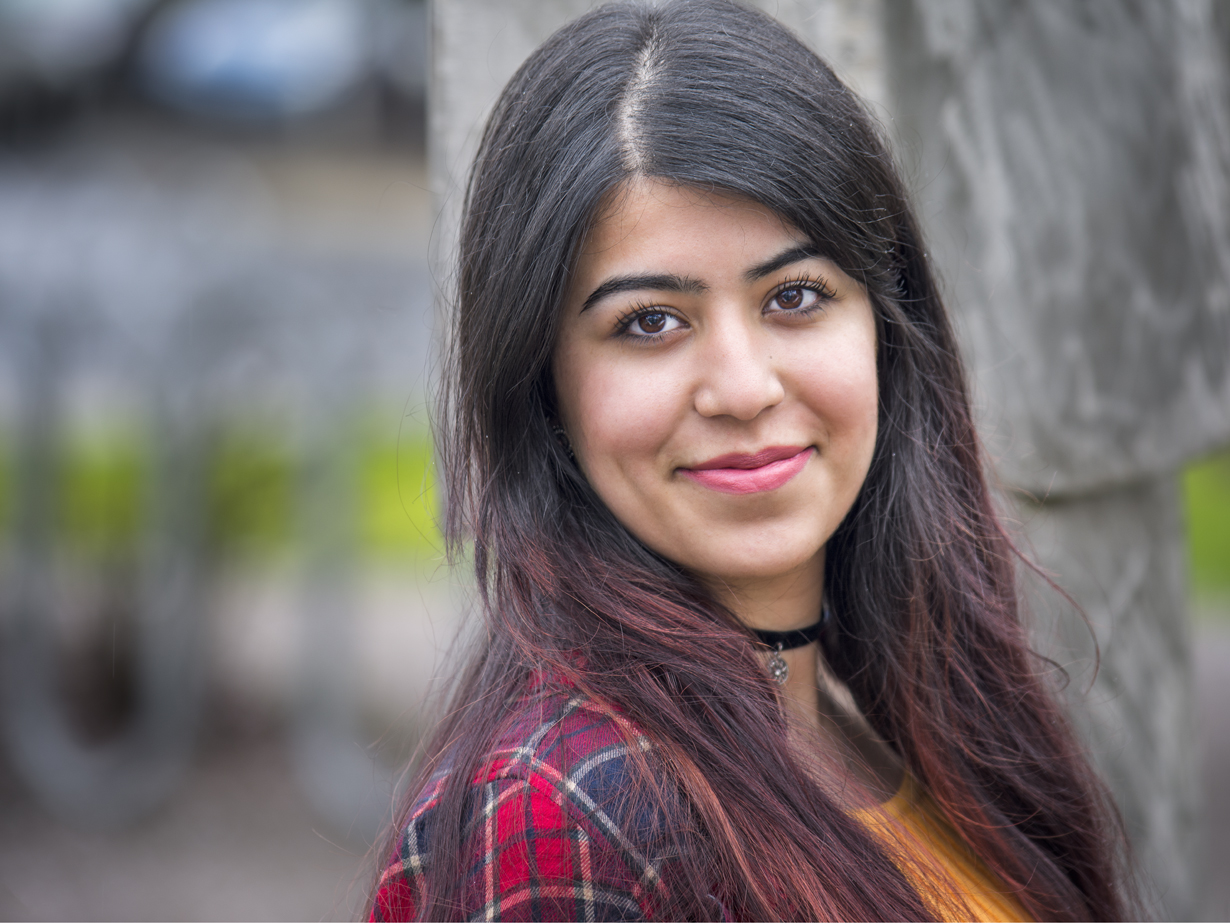 Baghdad, during the ‘Iraqi Insurgency,’ was not a place to have a happy childhood. In 2007, at the height of its sectarian violence, it seemed as if everyone was fighting everyone else. Rand was seven years old then and her family was not wealthy, but was living comfortably with a well-established clothing business in Baghdad. They had a house and a car. But her neighborhood was becoming increasingly riddled with car bombs, suicide attacks and the destruction was seen everywhere. Rand remembers one day in particular. While walking to her school with her mother, her mother had to cover her eyes to avoid her from seeing the dead bodies on the street. Soon after that day, the whole family was asked to leave at gunpoint and they had no choice but to leave with what they had on them. For the next seven years, they would be searching for a future as refugees traversing the Middle East.

After fleeing from Iraq, they settled down in Damascus, Syria. At first, life seemed to have returned to normal, but the Civil War broke out. For Rand, it was déjà vu all over again, but only this time the ferocity of destruction was almost inescapable. One night during Ramadan in 2012, Rand remembered, the sounds of the planes were so near that she could hear the bombs exploding close by. Her parents invited a neighbor’s family to be with them, so their children wouldn’t be alone. When the planes dropped the bombs, she could feel the building sway and any minute, she thought, it is going to collapse. Her mom wrapped the children with pillows, and bed sheets and hid them underneath the mattresses, as if that would keep them safe. Rand remembered being terrified that night and she felt as if they were all “waiting for their death.” The blitzes by the government planes would continue well into the night without lapse. Soon after that night, Rand and her family once again found themselves seeking asylum, this time in yet another country – Lebanon.

Beirut, Lebanon, where they found a temporary asylum in 2012, was a very expensive city. To make a living, and to sustain it, both her parents had to work very long hours. Rand and her younger brother often were left alone after school while both their parents worked. Rand, barely thirteen, learned to cook and took care of her brother. She had become his main caretaker during those two years in Beirut. Even though they had applied for resettlement, the process was taking a long time. It seemed as if they were forever “waiting for a future that is yet to come.” One day, out of the blue, when her mother got the call from UNHCR informing that their resettlement to the US had been approved, she was not able to control her emotions. After putting the phone down, she was crying uncontrollably and it took the family a while before they could get the happy news from her.

Today, seventeen-year-old Rand is a well-adjusted senior in a Portland High School waiting to hear from colleges on financial aid. Currently, she serves as a community youth ambassador through the Parks and Recreation Program that reaches out to others. Rand has been in the US for only three years. Her immediate goals are to get a nursing degree, get a job and help her family out financially. People often tell her that she is mature beyond her years. Surely for a girl whose childhood was hardened by war, shaped by misfortunes and who has seen the worst of human suffering, she has aged with remarkable resilience and strength.