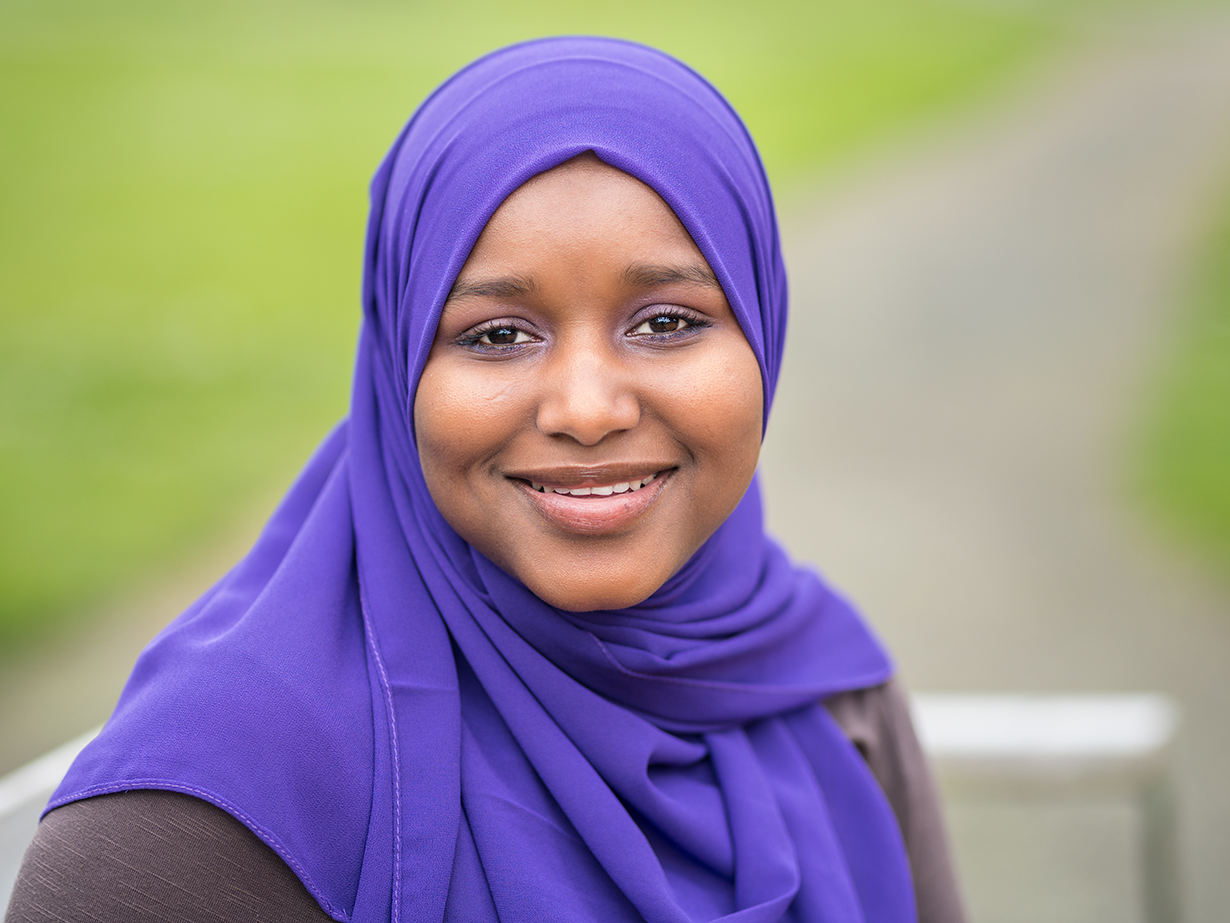 Mariamou thought she was leaving behind hatred, violence, and fear when she arrived in America. But now in Portland, Oregon, she once again fears for her life.

Mariamou’s parents were born in Nigeria, moved to Cameroon and then to the Central African Republic (CAR) where Mariamou was born. This was the time when the country was in turmoil, rife with violent struggles and political upheaval. When Mariamou was a young child, she recalls her village was attacked and ransacked. She remembers running away from an attacker with a machete. Terrified, she “somehow jumped into a house and was saved.”

Soon, her family was forced to move into a refugee camp. Her parents moved so much that Mariamou never got to meet her uncles, or aunties or her cousins, because they were all separated.

Mariamou spent five years in a refugee camp in the Central African Republic. While there, she did not attend any formal school, but was enrolled in the local madrasa, a religious school that taught her spiritual texts.

She has been wearing a hijab, or headscarf, since age eight. She says it means that “I respect the rules and I respect God.”  After a brief pause she continues, “And I respect myself.”

When she came to the U.S. under the refugee resettlement program, she did not speak any English and was placed in a 7th grade English Language Development (ELD) classroom based on her age. This was the first time she had received formal education.

“It was hard,” she says, recalling her first day at school five years ago, “but I picked up the language easily.” Now a high school senior, she beams with confidence and speaks English almost flawlessly.

But not all is well in Portland for a woman wearing a hijab. Mariamou says, “Just yesterday, I was at work. Somebody called me a terrorist for no reason.”

Then there was the recent stabbing incident in Portland, where two men came to the defense of a girl wearing a hijab and were killed. “One of the girls on the MAX, I know her,” she continues, her voice breaking. “There are no words to describe what is going on right now. It is not fair. It is not ok. Right now, it is still so hard for me to take MAX.” Mariamou is dependent on public transportation, and the incident happened just one stop away from her school.

“I choose to dress like this. I choose to call myself a Muslim. I am proud to be a Muslim, and be black and a woman,” she continues with a trembling voice. Several of her friends in Portland have stopped wearing hijabs out of fear.

In spite of all this, she is still grateful for her life. She says, “I am here, alive and the only thing that I have to go through is this. I get to eat today, wake up and see my mom and my family. I say Al-ḥamdu lillāh, thanks be to God.”