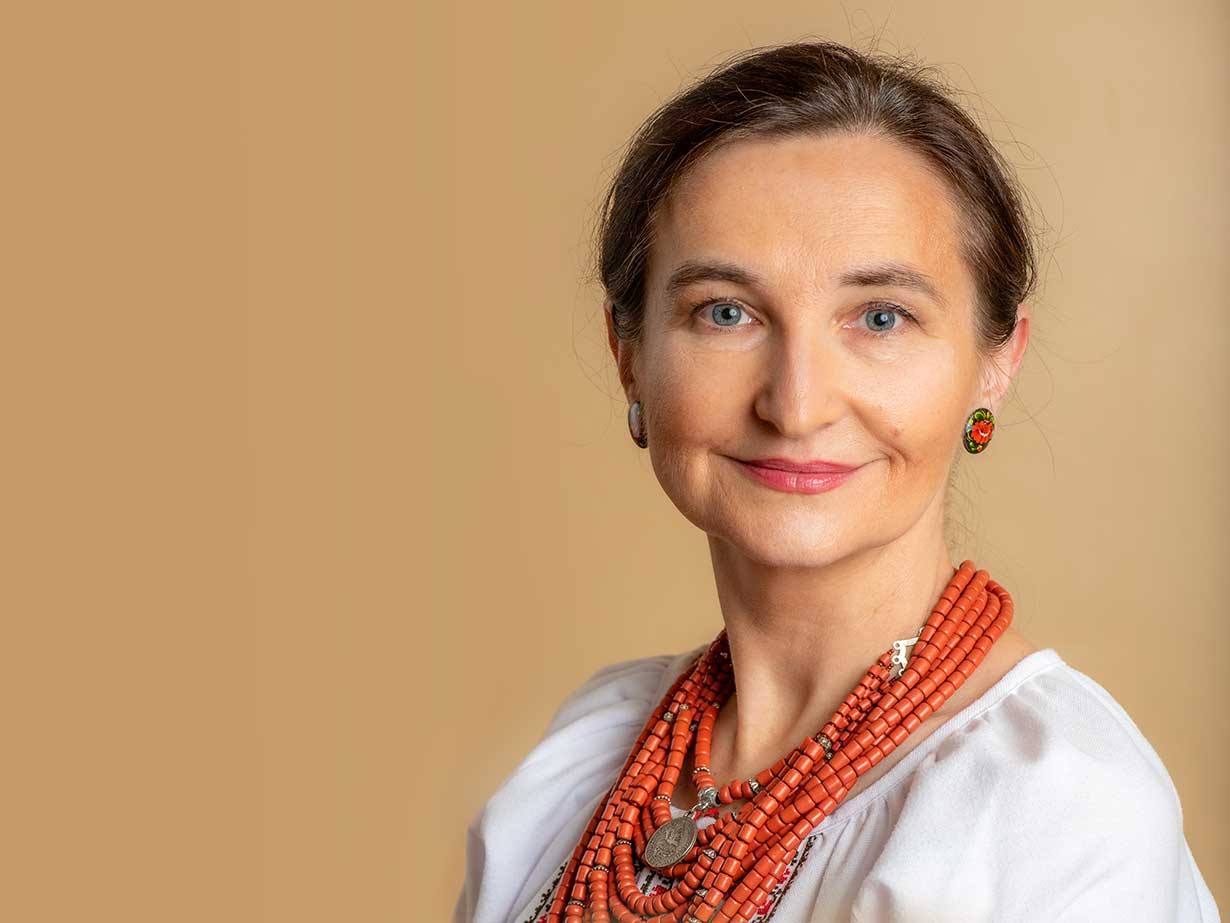 Fighting back tears at a rally she organized a few days after the Feb. 24 Russian invasion of Ukraine, Tatiana Terdal still managed to draw laughs from the 300or so people who had gathered at Portland’s Salmon Street Springs Fountain on a cold, rainy afternoon.

“I promise you, we will have a great festival when Putin’s troops are out of Ukraine. We will sing and dance and maybe there will be free borscht the way there was free borscht when Stalin died, and everyone will be invited,” she said.

Terdal, a native of Ternopil, Ukraine, grew up in Cherkasy, in the central part of the country that is currently under siege by Russian military forces. Just hours after the incursion began, she pulled the Feb. 26 rally together in response to pleas by Ukrainian-Americans for her to take action.

The morning after the invasion, Terdal had slept less than two hours. She managed to get her two teen boys off to school, in spite of a surprise snowfall in Portland.

“People were all online, feeling helpless. And since I’m kind of the organizer, they said, ‘Please, do something.’”  She orchestrated a small rally the day of the invasion, and a larger one for Feb. 26, which featured words of support from local Congressional representatives, a Ukrainian-American woman singing “The Star-Spangled Banner,” and a march to Pioneer Square, with the crowd members pouring their hearts into the Ukrainian national anthem.

It’s not surprising that Terdal was called upon to lead the local Ukrainian community. A frequent activist for Ukrainian organizations, she holds a master’s degree in economics and international development from Yale University and an undergraduate degree in political science from Sonoma State University. She demonstrates her fierce loyalty to her native country by sporting embroidered Ukrainian tops and blue-and-gold hair flowers in her long brown hair. Displayed in her Portland home are hand-painted eggs and pottery, along with colorful paintings from Ukrainian artists. And when Ukrainian bands come to town, she rounds up friends to attend their concerts. Terdal’s enthusiasm for these musicians infects those around her, converting them to fans.

In recent weeks the world has come to marvel at the strength, intelligence, loyalty and spunk displayed by the people of Ukraine. Here in Portland, Terdal embodies those qualities.

Terdal was raised by an equally smart, passionate and courageous mother, Vera Moroz.

When Terdal arrived in the U.S. as a tourist, Ukraine was still a part of the U.S.S.R.  A few days later, a coup in the Soviet Union triggered a referendum in Soviet-occupied Ukraine, with 90% of the population calling for independence from the U.S.S.R.

Because it was unclear what would happen next, her family urged her to stay in the U.S. Then, in December,  the U.S.S.R. broke up. Two different California families offered to sponsor Terdal as a student, first at Santa Rosa Junior College and Sonoma State University, and then at Yale, where she also garnered a scholarship to complete her master’s.

“In the Soviet Union we were always told Americans are greedy and materialistic. I met with nothing but kindness,” she says.

Throughout her journey, Terdal was active in international organizations, including an international students’ club at Santa Rosa Junior College, then the Ukrainian studies program at Yale. At Yale she also met her husband, Portlander Paul Terdal, who lured her back to his hometown with promises of a big Ukrainian community here.

When Russia invaded Ukraine in 2014,  Terdal–by then a board member of the Ukrainian-American Cultural Association of  Oregon and Southwest Washington–helped the community connect with Medical Teams International, which agreed to send containers of medical supplies to her homeland.

In recent days, as Russia has stepped up its invasion, Terdal has followed friends in Ukraine on social media.  She is tormented by photos of a friend’s 2-year-old niece hiding in a bomb shelter and a former classmate and her disabled son under missile attacks. She learned that a 60-year-old friend enlisted in the Ukrainian army and that a friend’s parents had evacuated to Poland. Other friends are already living under Russian occupation in southern Ukraine.

“I have connections all over Ukraine. Everyone is now close to the line of fire,” she says.

Meanwhile, she catches  a few hours of sleep each night and spends her days responding to a never-ending stream of requests for help and offers of support, all the  while using social media as a platform to educate Americans.

As Terdal continues to rally Portland-area Ukrainains and educate Americans,  she’s proud to have been chosen as spokesperson for the local community.

“Somebody has to do it,” Terdal says. “In Ukraine, people are fighting and dying, while our lives are protected in the U.S. Ukrainians inspire us and we are trying our best to help them.”

One thought on “Portland Ukrainians’ Plea”