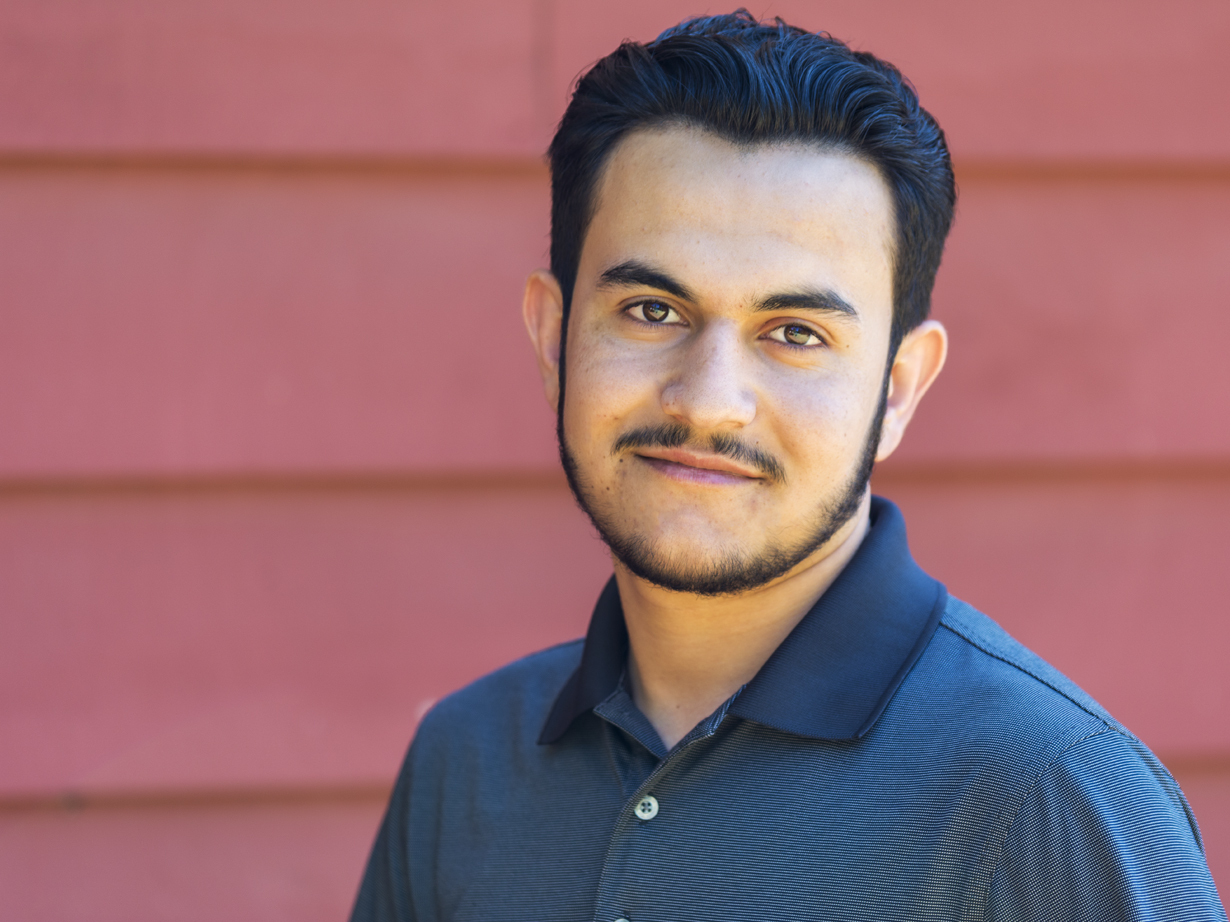 Nawid  considers his arrival in the U.S. six months ago as the dawn of his life.

He was born and brought up in the war-torn and dangerous Halmand Province in Afghanistan.  Halmand Province is thought to be the birthplace of the Taliban, the hard-line Islamic movement that burst into power in the 1990s and implemented a brutal Sharia law in Afghanistan. Today, some 85% of this province is controlled by the Taliban.  Even though the town of Laskhargah, where Nawid was born, is still under Afghan government control, it is constantly under attack by the Taliban, which has it completely surrounded.

When Nawid was young, the Taliban targeted schools. In 2012, his school was attacked by a suicide car bomb that exploded at the front gate when the children were getting out of class in the evening.

His father migrated to the U.S. in 1992 and maintained his family in Afghanistan while he worked in Portland, Oregon, to provide for them. He insisted that his children get a good education and arranged for additional after-school tutoring for them to ensure that they excelled in their classes. After finishing his regular school, Nawid got tutoring sessions in the town and finished his day with additional lessons from a teacher who would come to his house.

In 2014, the Taliban presence increased and the attacks started to become more frequent. One evening, Nawid was sitting with his friend enjoying a beautiful evening in a nearby bazaar, when a van parked just a few hundred yards from them exploded. Nawid remembers regaining consciousness after the attack and looking for his friend, only to see him dead. He could see the destruction, blood and chaos all around him. Amid the carnage, he could not believe that he was still intact and alive.

Now a serious and thoughtful seventeen-year-old student, Nawid recalls those days as “hard.” He attributes the problems Afghans face to the lack of education. He asserts, “if they are all educated, they would know the good and the bad.”

In 2016, his father decided that Nawid would be better off in Portland. He told him in January that he had started to arrange for his papers and by November, Nawid had arrived in Portland.

He spoke very little English when he arrived. He enrolled in the Portland International Scholars Academy, which according to its website, “provides extensive language development classes for the newly arrived emergent bilinguals at Portland Public Schools. ”

Nawid has adjusted to his new life very well. So far, he has been maintaining all A’s in his classes. This summer he will be attending the United Nation’s International Youth Leadership Assembly in the U.N. Headquarters in the New York City.

After high school, he intends to study political science and become an elected official. One of his teachers, Ms. Kaller vouches for him, saying that Nawid “will likely grow up to become a very powerful politician.” She says that “he has an amazing drive and a willingness to doggedly pursue big dreams.” No wonder his classmates call him “Mr. President.”

For a seventeen-year-old who has seen some of the most horrifying situations in a nation that has been in perpetual war for the last fifty years, he wants to “work for world peace.”  He believes “a peaceful world is a great world.”