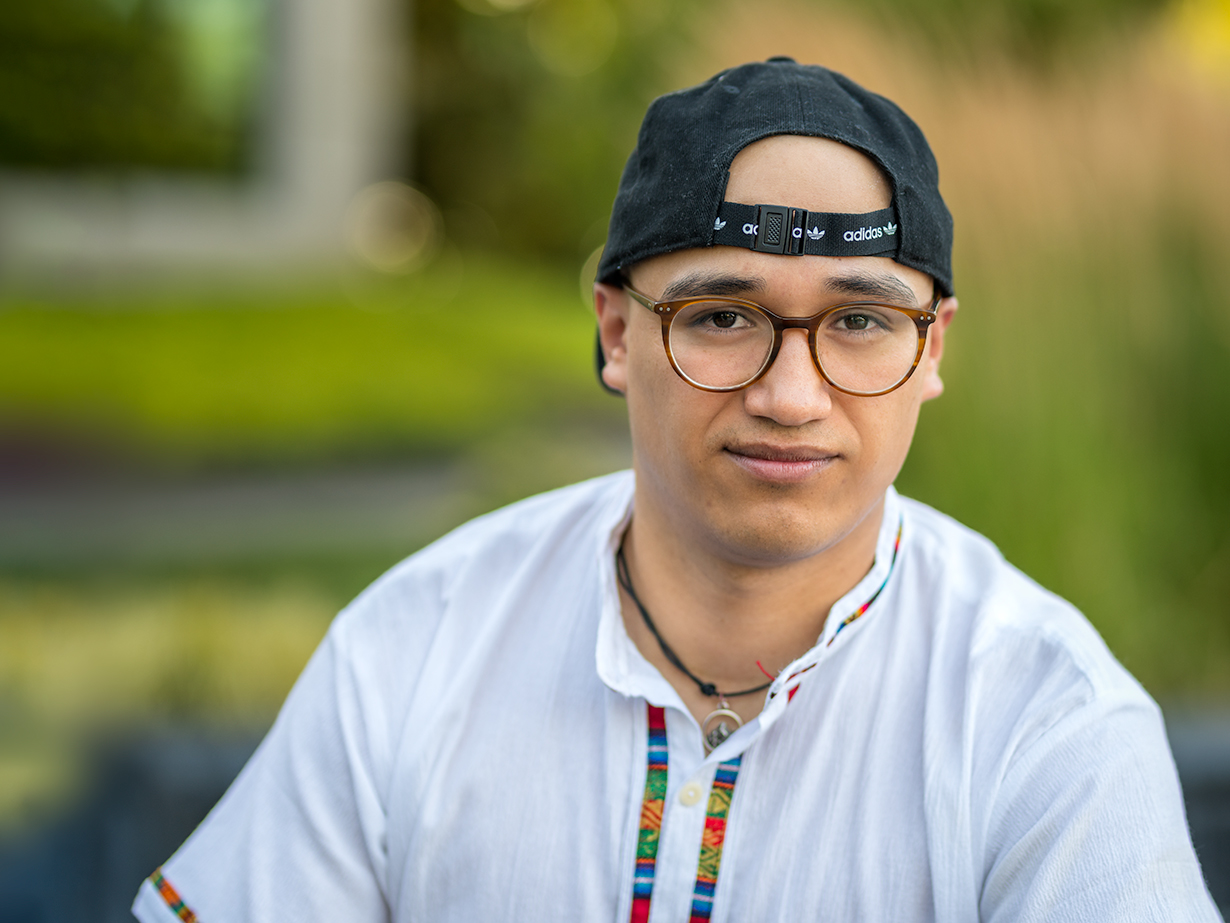 At just six years old, Heriberto Bolanos raised his hand to cross the border from Mexico into the United States under the powerful jets of an irrigation system that had blocked the way of so many immigrants before him.

“I always referred to that as my baptism into the U.S.,” Bolanos explains.

It was a small act of leadership that set a pattern, as he has often led the way for others in his community.

Bolanos was born on Jan. 28, 1996, in Michoacan, Mexico, where his mother lived with her father and two small sons.  Bolanos remembers his grandfather as his biggest early role model. When his grandfather died, his mother took the boys and left Mexico to join their father, who was already working in the U.S.

At the border, Bolanos remembers two coyotes (a Mexican-American term for people paid to smuggle travelers across the border) warning them that a large irrigation system which blocked their way might electrocute them if they walked under it. Knowing that it was the last obstacle between his family and the United States, Bolanos volunteered to walk through first.

“I remember looking back at my mom and then everyone coming through after that,” he says.

The family arrived in Hillsboro, Oregon, in January, 2003. The only English word Bolanos knew when he started at David Hill Elementary School was “soda.” But he worked hard, and by fourth grade had tested out of ESL.

One day in middle school a group of his friends began kicking and hitting him. “They told me I just got jumped into the gang,” he says.

Although his mother reminded him he was undocumented and could be kicked out of the country, Bolanos was often in conflicts at school, receiving both verbal and physical abuse from teachers and getting suspended.

“The school to prison pipeline in Hillsboro was very real,” he says. “And I was subject to that.”

Then, just before he started high school, a school resource officer, John Stabino, sat him down and administered some stern advice. “You know you have to change,” Stabino said, “because you’re going to end up either in jail or dead, and that just cannot be the case for you.”

Struck by the kindness and respect Stabino showed him, Bolanos told his gang,“I’m not doing this anymore. If you want to go ahead and make a change for yourselves, and change your lives, then I encourage you to leave as well.”

In his senior year at Hillsboro High School in 2014, Bolanos worked on the Bring Them Home campaign, a project intended to bring 250 asylum seekers across the border, and quickly settled into a leadership role among social activism groups. He has since helped organize the Forest Grove Walkout, which led to the creation of the Oregon Ethnic Studies Bill, requiring schools to teach accurately represented social studies including various religions, races, and cultural identities.

Bolanos is also a founding member of the PCC Dreamers Resource Center, which helps undocumented students achieve their academic goals, and worked for three years in an administrative position at the Centro Cultural, an organization in Washington County dedicated to empowering the Latino community.

Reclaiming his identity has become key to Bolanos in recent years. In eighth grade one of his teachers nicknamed him “Eddie” because she was unable to pronounce the English version of his name. The nickname stuck, and he was called Eddie for many years, but he felt that it robbed him of his identity.

“The full scholarship I just earned to Linfield is under my full name, Heriberto Bolanos,” he says.

Bolanos came out to his family as bisexual at 18 years old. His father reacted badly, refusing to speak to him for five years. But, his mother advocated for him, and he was able to remain at home. “It was about self-dignity and self-respect.” he says.

He is now a founding member of the Westside Queer Resource Center and continues to help others in the queer and immigrant communities.

Bolanos paid his way through classes at Portland Community College until this year, when he transferred to Linfield College. He is pursuing a major in history and a minor in law to prepare for a master’s in education, in hopes of returning to Hillsboro High School. He currently works as an IT manager at Adelante Mujeres, an organization that provides opportunities and information for Latinas. His advice to others in his community is, “Never allow anybody, in any way shape or form, to step over you and treat you anything less than human.”