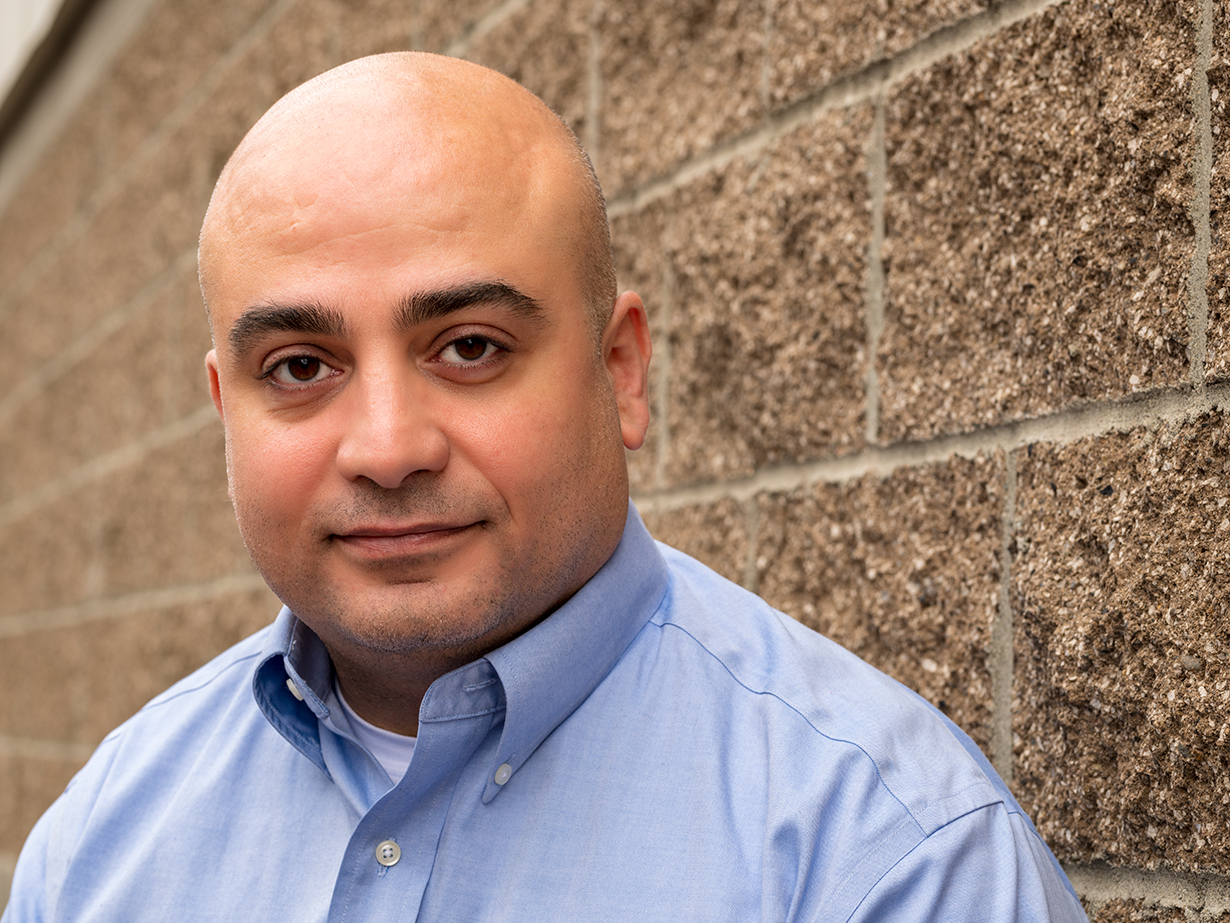 Marbles, three books of short Kurdish stories written in Arabic, and two AK-47 rounds. “With war always going on, those were my trophies (to take with me),” Dilshad Saatchi says, remembering how, at age 10, he was told to pack up his things. His family, along with other Kurds living in Sulaymaniyah, were fleeing the city in a mass exodus, fearful of the Iraqi army.

Saatchi was born in 1981 in Sulaymaniyah, Iraq, in the Kurdish region bordering Iran. Many city dwellers, like  Saatchi and his family, did not experience direct brutality for being Kurdish. Still, some of Saatchi’s most searing childhood memories are of sonic booms from fighter jets overhead during the Iraq/Iran war.

The year Saatchi started school, 1987, was when Iran started bombing Sulaymaniyah. The school had no bomb shelter, so the kids were taught to scatter when sirens went off. He would run home as people panicked, and the whole neighborhood would gather in the family’s concrete house. It almost felt like a game, he recalls, until a shell landed in front of his aunt’s door and she was badly injured.

In 1991 Saatchi’s family learned that every Kurdish village in northern Iraq had been destroyed. “I felt bad about living life while people were being tortured,” he says. “I asked, why is this happening? I could easily have been one of the 180,000 of my people taken.”

When the Iraqi army attacked the city, Saatchi’s extended family left in a five-car convoy. He recalls seeing a family with kids the same ages, walking alongside their car in springtime mud up to their hips. His father made him and his siblings give their shoes to the kids who had to walk. “I will never forget that,’” he says. “It was powerful.”

The city exiles spent about six weeks at an impromptu camp in the mountains and then heard it was safe for Kurds to return to the cities.

Back at home, Saatchi continued his education in the midst of fighting, doing his homework using kerosene lamps because his family got only one hour of electricity a day.

After graduating from college, he worked as a translator for US forces during interrogations at an Anti-Terror prison. Because inmates included high-profile al-Qaeda members and Syrian and Saudi militia fighters, some of whom would later be released, the job put Saatchi in danger, and the US government advised him to leave the country.

He was sponsored by one of the military advisors he had interpreted for and came to Portland in 2010.

Even with a BA and fluency in Arabic, Kurdish, and English, he could not get a job and resorted to what he knew best: war. He joined the US army, and was deployed to Kandahar, Afghanistan, in 2012. Though never directly attacked, for nine months, he endured the stress of waiting to be attacked. “Fear,” says Saatchi, “is being in the guard tower in the middle of the day, waiting to be sniped, or driving in a convoy waiting to be hit at any minute. This happens to you every day and is what traumatizes you.”

Yet, he notes, the hard moments have given him an appreciation for what he has right now. “Those of us who grew up as I did have resilience,” he says.

In 2013, Saatchi returned to the States, and, after discharge, studied civil engineering at Portland State University, and started working at Miller Consulting Engineers.

He and his wife are expecting their first child and one of his greatest hopes is to give his child a peaceful life.

War has taken up so much of his life that he says, “[I want] to make up for lost time. At this point, I want to achieve as much as possible and help as many as possible. I want to be part of the building team, not the war team any more.”