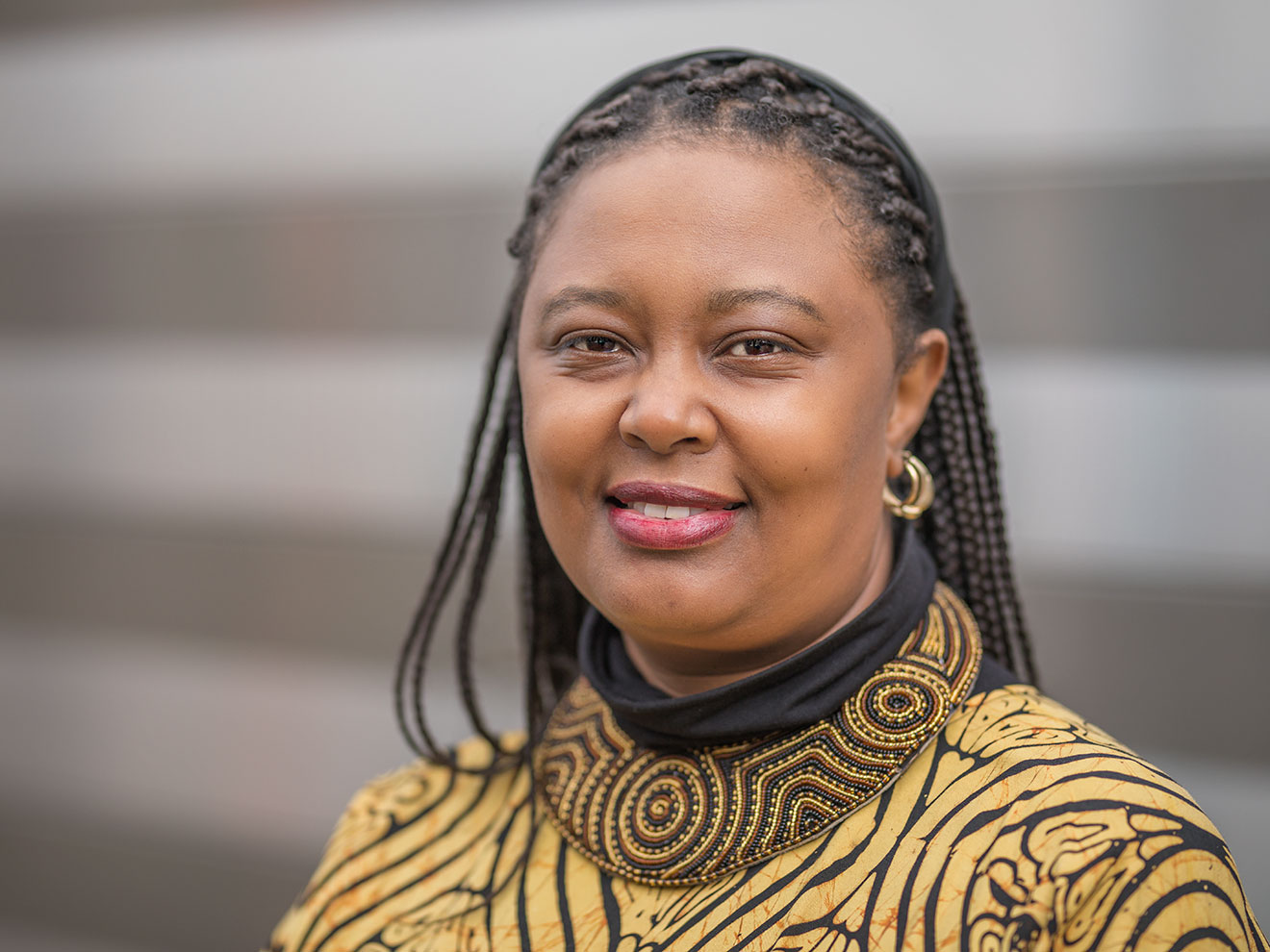 Wambui Machua stood in front of a classroom of eager students ready to learn how to cook traditional Kenyan dishes.

“I had never taught anything!” she says. “But they didn’t know that.” She jumped right into teaching without quite knowing what she was getting herself into.

Soon enough, hundreds of people were signing up for Machua’s classes through Portland Community College, Groupon and LivingSocial. This was the birth of her business, Spice of Africa.

Machua was born in 1970 in Nairobi, Kenya. Her family lived in a village just outside the city where they farmed and kept livestock. Machua’s father owned a butcher shop in Nairobi, and together her parents began a business exporting handwoven Kenyan baskets to India and Brazil.

“In many ways, my family was kind of the exception,” Machua explains. Although they lived in the village, she attended school in the city and her mother was a flight attendant who traveled the world. Machua spent much of her childhood reading books, which helped her perfect her English and also fostered a yearning to see the world she read about.

When she was 15 Machua took her first trip: a vacation to California, where she visited Disneyland and Universal Studios and formed a picture of what life in the U.S. was like. As a benefit of her mother’s airline job, she was able to travel widely as a teenager to India, Nigeria, England and Scandinavia.

Machua was not fully a city girl, but her passionate reading and her travel had given her a broader worldview than many people in her own village. Being a part of two worlds and yet not fully able to claim either, Machua grew restless for something different.

After graduating high school, Machua took her chance and applied to be an exchange student, hoping to go to a country she hadn’t yet visited. For that reason, the United States was not at the top of her list. However, she ended up in Scio, Ore., a tiny town not far from Salem with a population at the time of about 650. It turned out to be nothing like the glamorous California city experience she had been expecting.

“I didn’t even know little towns existed in America,” Machua remembers. If she was perplexed, the feeling was mutual: “They had never seen an African person before in the school.”

Her first host family was not a good match, and after a few months, she was placed with a different family that she loved.

After Machua’s year in the U.S., she moved back to Kenya, and over the next five years, built a successful life in Nairobi, working as a model and a receptionist in a furniture manufacturing company.

She had kept up with friends in Portland that she had met on an excursion during her exchange year and, at 23, decided to take up an offer she had gotten when she last visited to sell African art in a store owned by a woman she had met through her friends. She bought several suitcases of African art and moved in with the woman as she began making other connections around the city.

But suddenly everything changed. “One day she said ‘you have to go,’” Machua remembers. “I said ‘okay, not a problem.’ I start taking my things out of the house. And then the issue comes up of payment for the stuff that she’s already taken.”

The woman refused to pay for the artwork. “She slams the door in my face and refuses to let me get the rest of my things.”

Machua’s passport and money were still left inside along with most of her artwork. She stayed with a friend for the night, and the next day was introduced to a couple of Kenyan women who took her into their home.

Eventually, Machua got her passport back and also found out she had won a green card lottery that she had entered and promptly forgotten about while still in Kenya.

The green card gave Machua authorization to work. She moved into her own place in Portland, enrolled at the University of Phoenix in Tigard, got a business management degree, and started Spice of Africa. She began by teaching cooking classes, and her business grew, expanding to selling at farmer’s markets, catering and then opening her own restaurant at the Morrison Market. Since the business has done so well, her plans for Spice of Africa continue to broaden, and she is now working on writing a cookbook and a book of short stories and poems based on her life in Kenya and Portland.

Machua recognizes how much the help of others has contributed to her success. So she helps others whenever she can, not because she wants to feel good about herself, but because she has appreciated the help that others have given her.

“I was at one point homeless because I didn’t have a place of my own to call home when I got kicked out of that woman’s house,” she says. “And somebody was gracious enough to take me in–and they didn’t even know me. They helped me out. So, if I can, why not give somebody else a helping hand?”