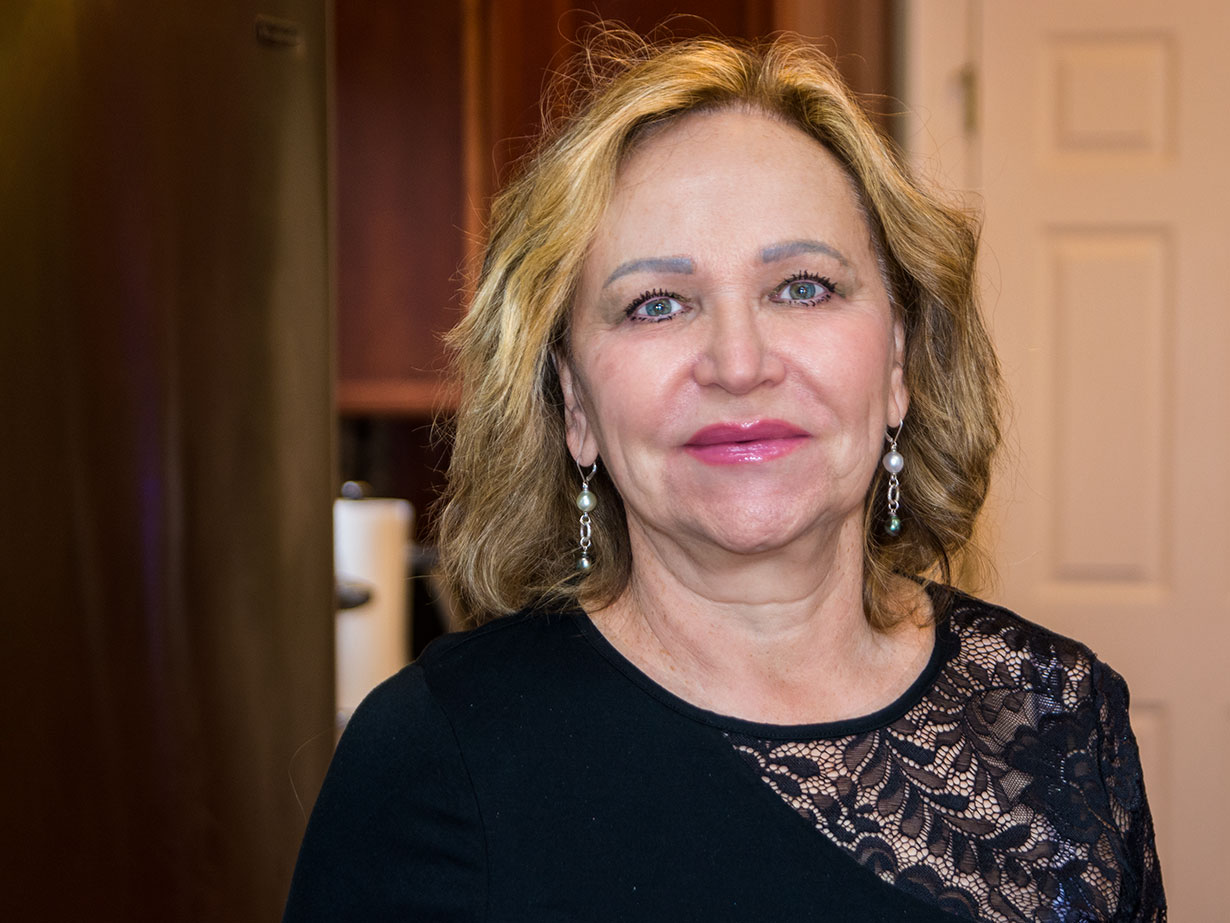 When Alla Shapiro answered the phone early one Saturday morning, her father was on the line, warning of a rumor he had heard from a U.S. radio station.  A nuclear explosion had occurred, he told her, not far from where they lived in Kyiv, Ukraine.

That day in the spring of 1986, a nuclear reactor exploded at the Chernobyl Nuclear Power Plant, barely 60 miles from Shapiro and her family.

Born in 1954 in the Soviet Union-controlled Kyiv, Alla Shapiro remembers the first few months following the explosion as “absolutely unpredictable” and “really horrible.” Most local citizens received scant information and knew little of what had happened for many days.

As a first-responder, Shapiro, working without protective gear or equipment, treated traumatized children with extensive exposure to radiation

“There were hundreds of children sitting in the hallways and outside of the hospital just to get in to be seen,” she remembers.

Shapiro’s aspiration to pursue medicine sparked early, stemming from her own mother, who was a physician. “I was a bystander to my mother’s job,” she says. “I was learning terminology when I was six years old that another six-year-old would not know.”

She remembers her childhood fondly. Afternoons after school were spent with her grandmother and she excelled in the classroom.

“My parents kept me very, very protected,” she says, regarding the prejudice her family faced as Jewish citizens in the Soviet Union. But looking back now, being Jewish had more of an influence on her than she may have thought at the time.

In order to pass her classes, Shapiro remembers her parents telling her that she must know a subject by “A++++ standard” because, for Jewish citizens, they told her, “it was different.”

“I took this so seriously,” Shapiro says. “I think I still do.”

After high school, Shapiro attended Bogomolets Kyiv Medical School, earning an M.D. in pediatrics. She began her pediatric residency in Kyiv, eventually leading her to pursue a Ph.D. in Medicine at the National Research Institute of Hematology and Blood Transfusion in Kyiv.

“I felt an unbelievable sense of pride and responsibility,” Shapiro said, recalling her days as a young doctor.

Following the Chernobyl disaster, the government constructed a new radio-biology facility dedicated to research and treatment. Shapiro’s boss was appointed as its director and was told by the Minister of Health to choose his best doctors to help him run it. He selected her as one of the three.

“Of course I was above the clouds,” Shapiro remembers. But when her boss informed the Minister of Health of his choice, the Minster looked at her name and said, “No way that a person with that last name will be in this institute,” she says.

When Shapiro got this news from her boss, she told her family, “That’s it. We are leaving.”

“Antisemitism plus Chernobyl made my family immigrate,” she explains.

Shapiro’s family–including her grandmother, mother, daughter, husband and his mother and stepfather–spent six months in Rome, waiting for permission to enter the U.S. Fortunately, in the late 1980s, the U.S. crafted the Lautenberg Amendment, which relaxed refugee status for Jewish citizens of the Soviet Union, and Shapiro and her family were among 18,000 to gain citizenship in the U.S.

In December of 1989, they settled in Rockville, Md. In order to practice medicine in the U.S., she had to retake her medical exams. Shapiro passed and landed a three-year residency at Georgetown University Hospital and several jobs in the medical field in the Washington, D.C., area quickly followed.

A little-known result of the terrorist attacks of  September 11, 2001, was the establishment by the U.S. government of a new division at the Food and Drug Administration to develop drugs against radiation, chemical and biological threats. The new agency was looking for staff physicians.

Shapiro called the division’s director to express her interest. Recognizing her name and knowing of her experience in the Chernobyl explosion and expertise in radiation exposure, the director responded, “God sent you to us,” Shapiro remembers. Three days later she got the job.

Currently living in the D.C. area, Shapiro will publish an autobiography in the spring. She hopes that sharing her story can “walk readers through the hurdles immigrants face and give hope that it’s possible to overcome the challenges we face.”