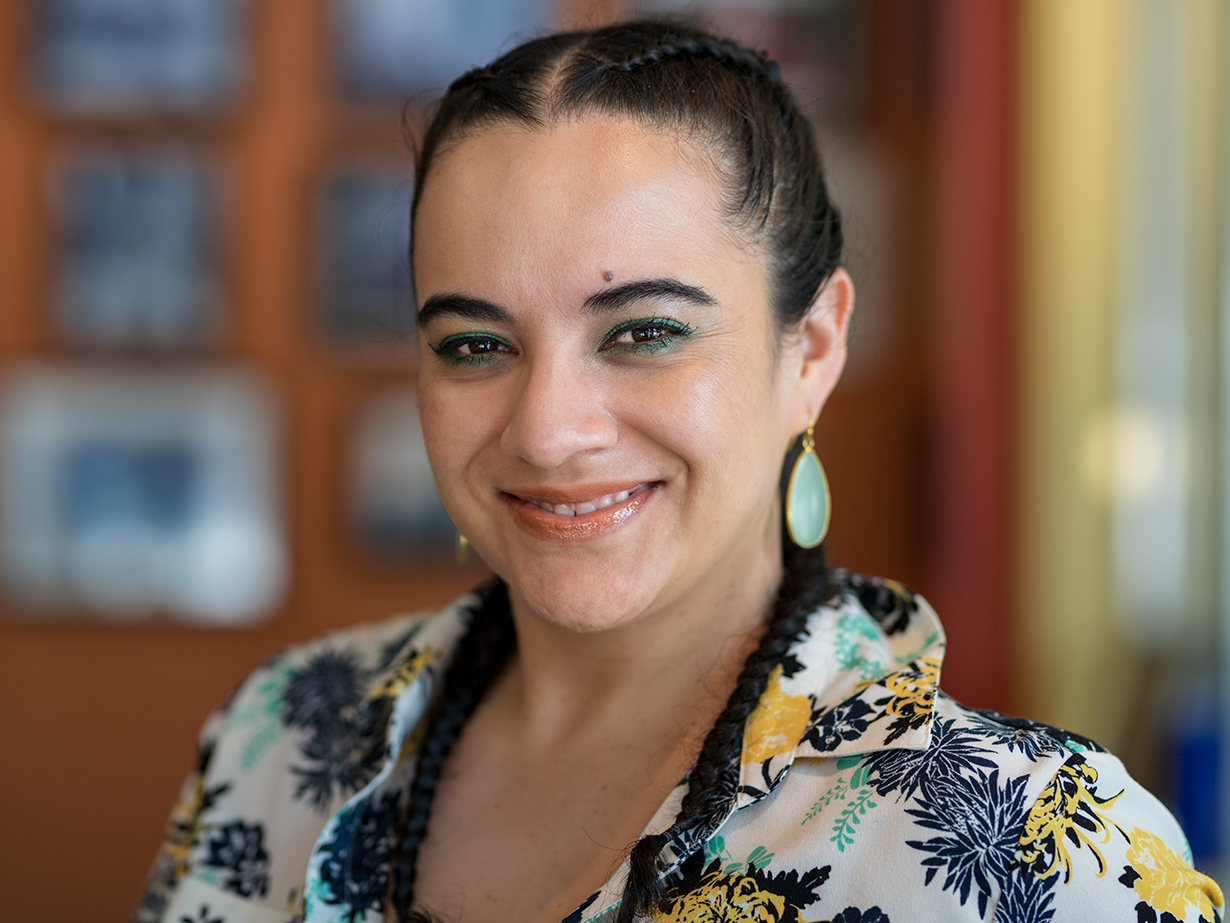 It’s a long way from Mexico City to the Revolución Coffee House in Portland, Oregon. But Maria Garcia — business owner, mother, activist, advocate — remembers each and every step along the way.

Maria was born in Mexico in 1977 and lived in Mexico City for the first 18 years of her life. Her home was an hour from school. Halfway between the two was her grandmother’s house. The family would gather there after school, and Maria recalls that there was always food. Her grandma, mom or aunts would buy fresh fruits and vegetables every morning at the local market. The kids would be assigned kitchen chores to help out. “I love the culture and the food (of Mexico),” Maria said.

When Maria was 16 years old, she gave birth to a daughter. Two years later, she chose to move to the United States due to the financial crisis in Mexico. With her daughter, Maria lived in Palm Springs, California, for 13 years before moving to Portland in 2008. Maria didn’t receive her American citizenship until 2010.

While living in Palm Springs, Maria worked in food service and, later, as a massage therapist. As a young mother who didn’t speak English, separated from her family in Mexico, Maria struggled to provide for her daughter.

That sense of pride inspired Maria to open the Revolución Coffee House. She wanted a creative Mexican cafeteria in the Portland area. “It was hard at first opening the cafe,” Maria said, except for the fact that “the people of Portland like to try new things. They’re curious.”

Not only is Maria bringing Mexican culture to the Portland community, she’s providing a space for people to gather. Many activists and students meet at the coffee house, Maria said. And immigrant students say the cafe reminds them of home.

To Maria, that sentiment alone is worth running the place. She is often invited to college campuses to speak to students about her accomplishments. “It’s very important,” Maria said. “You never know who’s listening.”

Along with her successful coffee house, Maria advocates for Hispanic immigrants and used that advocacy as a platform in her run for the Multnomah County Commission in 2018. Despite not winning the election, Maria said she gained a larger platform and that more people are listening to what she is saying. “We can be effective without holding political office,” Maria said.

Maria plans to continue her activism and advocacy. “What immigrants and their families are experiencing right now is the result of not including immigrants and people of color in the development and growth of this country,” she said. “Very few people in the country have representation.”

Nevertheless, Maria wants all people to be proud of where they come from. “It is important that we continue speaking our language and celebrating our culture,” she said. “We need to be proud of who we are — our accents and our features. We are an asset to our society.”