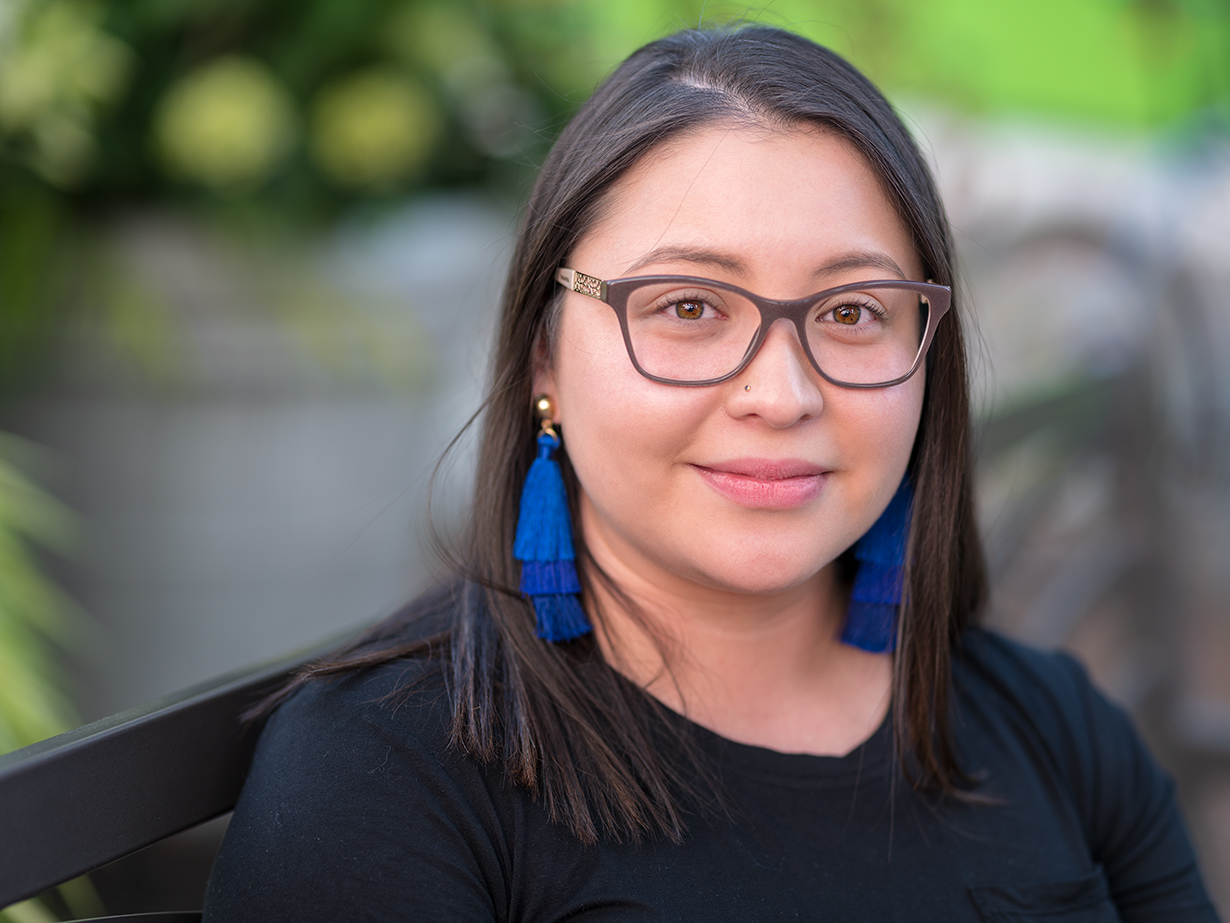 Even as a small child, Brenda knew that, to keep her family safe, she must not be noticed. As the child of undocumented immigrants from Mexico, she lived in a constant state of fear that she and her family would be discovered and deported from the U.S.

When she was born in 1993, her parents were farmers in northern Mexico, but as a baby, Brenda was diagnosed with a life-threatening blood condition. The medicine was too expensive locally, so her parents decided to move to the U.S. to get the help she needed.

The family had to split up to make the journey, sending Brenda with coyotes (a Mexican-American term for people paid to smuggle travelers across the border) but, reunited in Los Angeles, they were able to get medication for her. Brenda was barely two years old then. They soon moved to Oregon to work in a family construction business.

In elementary school, Brenda was hit with culture shock. She didn’t fit in anywhere.  The other Hispanic students told her she wasn’t Mexican enough because she had a light complexion, spoke English without an accent and was always studying. At the same time, her white peers rejected her because, although she looked “almost white,” she listened to different music, ate different food and didn’t connect with them culturally.

She also felt she had to hide herself in order to protect her family. She remembers wondering, on the bus home from school, whether she would come home to an empty house. Everyday, she called her father to make sure he was safe driving home.

Her junior year in high school she became captivated by American history, especially the civil rights movement.  She recalls the way her history textbook reduced the Chicano movement to only one paragraph and asked, “Where’s the rest?” The teacher responded that they were just going to stick to the textbook.

In that moment, Brenda was inspired to become a history teacher. “I’m going to teach it one day to make sure that different forms of history are represented, not only in textbooks but in the classroom,” she vowed. She continued to take advanced classes, hoping that eventually her immigration status would somehow change so she could go to college and pursue a teaching career.

A high school friend pushed her to apply for a federal program that helped high school students get into college. She explained that because she would have to reveal that she had no social security number, she could not apply.  “It got harder and harder as time went on,” she says.

“I didn’t have answers.”

She eventually started college at Portland Community College. It was then that she made a promise to herself: “If you don’t go knocking on doors trying to figure out answers for yourself and your community, nobody will…. if you don’t express your voice out loud and you don’t share your story, nobody will.”

Eventually, she transferred to Portland State University, where she worked at two part time jobs. She graduated in 2016 and got a job as a graduation coach with Hillsboro School District, where she counsels students who are struggling to graduate on time. “This is a job where I can work towards social change without making myself or my family a target,” she says.

To those who believe DACA is just a Latino issue, she says, “Hate speech goes way beyond just one community because everyone is affected by this kind of behavior. Only when we come together and support one another will a lot of things change.”

Just a few hours after applying for a graduate school loan, Brenda heard President Trump’s announcement that DACA would be rescinded. That put her plans on pause; her DACA work permit will expire in two years and her parents are still undocumented and unprotected.

Still, looking to the future, she is optimistic. “I’m a true Oregonian,” she says, “This is home.”