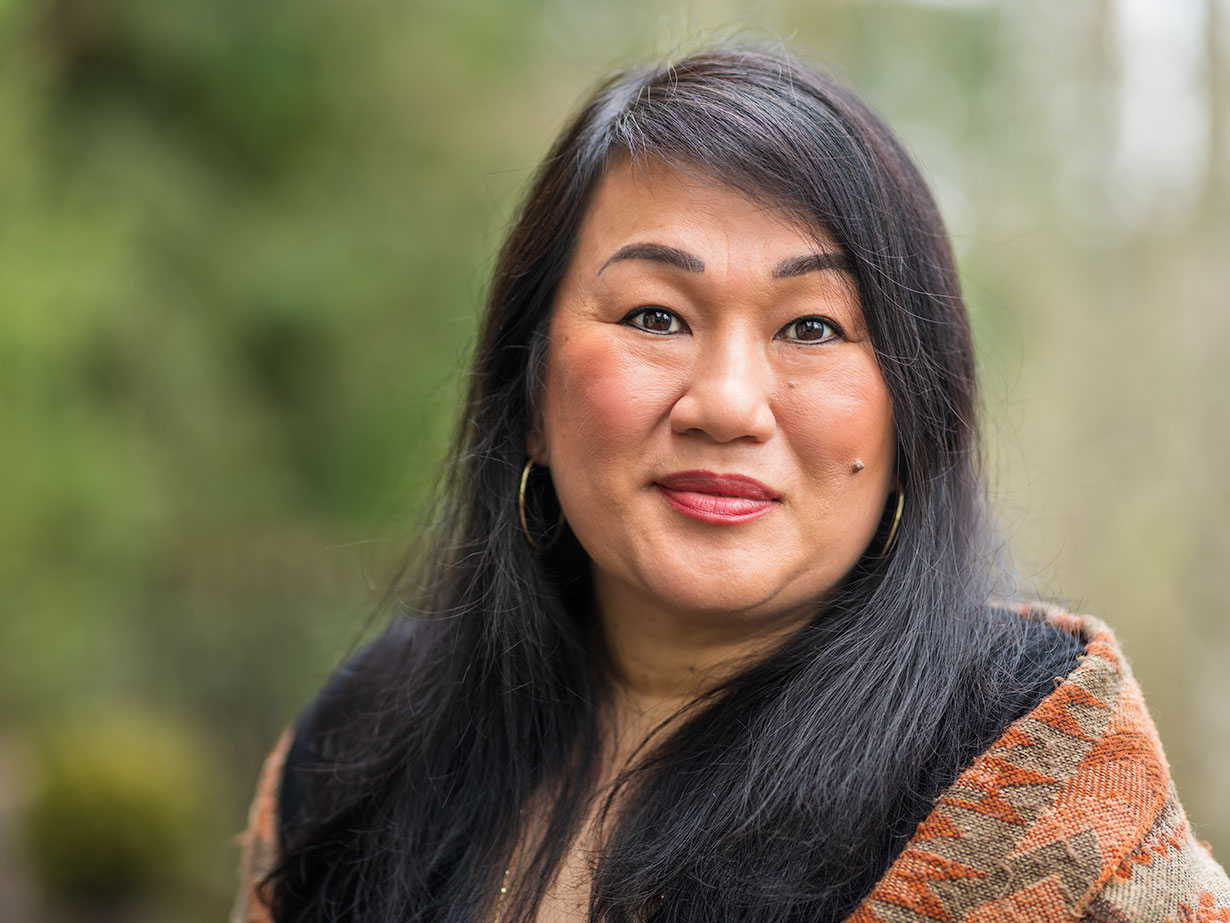 In many of Soulayvanh Beisel’s earliest memories, everybody is traveling by boat. She remembers how monsoons would wash through her hometown of Tha Ngon, Laos, and how her neighbors would paddle between the stilt houses in the rice-farming village. Now, whenever it rains while the sun is shining, it conjures thoughts of her birthplace.

In 1976, after the Pathet Lao dictatorship overthrew the government in the capital of Vientiane and encouraged people to report their neighbors as counter-revolutionaries, Soulayvanh’s parents feared they would be next. They decided to slip across the Mekong River to Thailand.

“I was pouting about this uncomfortable shirt [my mother] was making me put on,” says Soulayvanh. “I didn’t realize that she had sewn a gold necklace into the seam of the shirt so we could pay off the border patrol.”

The family arranged to be smuggled across the river at 8 a.m., but first, Soulayvanh’s father had to sell a Jeep to pay for the crossing. As the departure time came and went — with the buyer failing to appear — the family’s contact on the boat grew nervous. But Soulayvanh’s mother managed to convince the contact to hold off for three more hours until the buyer showed up.

Later, Soulayvanh would learn that a group which tried to cross at eight that morning had been arrested.

Soulayvanh remembers her father as a guardian angel. He was a natural caretaker and a people person who was able to get his family a house with its own yard in Nong Khai, a refugee camp in northwest Thailand. But her father felt ill. When he died, the family was left destitute.

Then help came from an unlikely source.

Jack Fishback, owner of a screen-printing business in Wichita, Kansas, employed several of Soulayvanh’s relatives. When he learned that one of his employees had family languishing in Thailand, he offered to personally sponsor Soulayvanh, her mother, and her brothers.

In 1978, however, just as the family was about to leave for America, tragedy nearly derailed their hopes.

After traveling to Bangkok, Thailand, to catch their plane, 8-year-old Soulayvanh tried to cross a busy road and was struck by the bus that had brought them to the city. While a Laotian family took care of her brothers, Soulayvanh’s mother bundled her into a taxi.

“I was in her lap, and I was lifeless,” Soulayvanh says. “She started screaming, praying to my dad, saying, ‘If you take her, you take all of us!’ And then I took a deep breath and screamed in pain.”

The accident delayed the family’s journey to the United States by more than a month.

When they finally arrived in Kansas, Fishback hired Soulayvanh’s mother at his company and it provided for the family.

For a while, the family lived an idyllic Midwestern life, but Soulayvanh didn’t always feel at home in Kansas. She and her family occasionally faced prejudice at the majority-white school.

One thing that always comforted and inspired Soulayvanh was her interest in the fine-arts, especially in faces. She attended Wichita State University to study art but still didn’t feel like she was in the right place.

When her best friend’s family moved to Hawaii, she jumped at the chance to relocate.

In Honolulu, she found the sense of belonging she’d been missing. She did makeup at the prestigious Paul Brown Salon and discovered an interest in photography.

She stayed in Honolulu until 1996, when she moved to Portland, Oregon, and started her own photography business. Now married with two kids in college, she still runs that business out of her home.

Soulayvanh says that her father has always been the “force of light” protecting her throughout her life. To this day, she gives thanks to him every Monday by offering fresh fruit to an altar in her living room, a ritual that also helps her reconnect with her Laotian heritage.

Then she gets down to work with her camera — in her beautiful house with its very own yard.

3 thoughts on “A Journey Protected by a Force of Light”