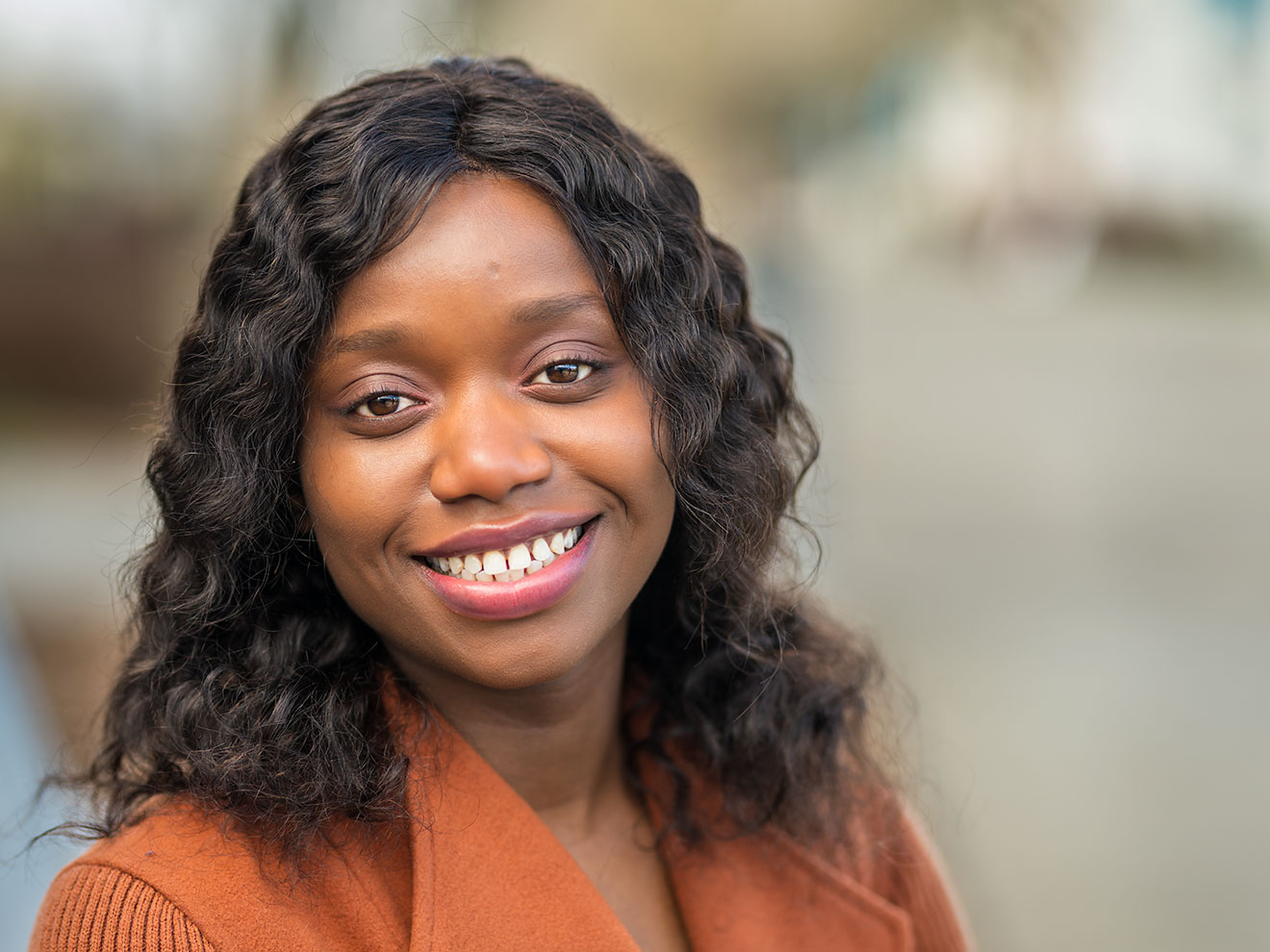 There are survivalists who stockpile food and weapons against what they see as the coming apocalypse. Then there are survivors, such as Amida Kyanza, born in 1995 in Goma in the Democratic Republic of the Congo, a town a mile from the border with Rwanda.

Kyanza was 9, at home with her mother and five siblings, when a gang burst into their house and killed their father for reasons Kyanza still cannot fathom.

Grief-stricken and left suddenly with only meager resources, the family spent four years as refugees in Burundi. Then, with the aid of the United Nations High Commissioner for Refugees (UNHCR), the family  made its way to Portland. Speaking no English and dependent on Catholic Charities of Oregon, the brothers and sisters gradually learned to adapt to their new country. Life was difficult enough, but things became far worse. When Kyanza was a senior in high school a new blow struck: her mother died of cancer, leaving six orphaned kids with hardly any means of coping with the demands suddenly thrust upon them.

“I have happy memories of our time together before my father was shot,” Kyanza reflects wistfully. “We were a family that did everything together.”

Kyanza casts her mind back to an early childhood that still seems almost paradisal. But everything changed after that terrible moment. “We constantly felt anxious: Who could be next? And with so little money we now had to worry about hunger.”

Did she have any images of America before coming here? A few, she says, mainly from films like Rambo and from pictures of New York’s skyscrapers. However, the reality of starting high school with few friends and little knowledge of English was another matter.

But Kyanza was a quick study, and moving from English as a Second Language classes to a regular schedule, she eventually graduated with honors and a stunning 3.8 GPA, despite the fact that, as the oldest girl at home, she basically held the family intact — cooking, cleaning, and making sure her siblings were taking their own schooling seriously.

In effect, Kyanza was channeling her mother’s insistence, like that of so many immigrants, that the children regard education as the key to success. And so Kyanza rode herd on the others even as she was becoming the hard-working, super-responsible surrogate mother of the family, paying bills, signing papers, and especially getting her older brother crucial medical attention. This was all a tribute to her energy as well as a commitment to her mother’s dying wishes. As Kyanza puts it, “I had to be a voice of reason for the family.”

Meanwhile, she and her family were able to connect with other people from the Congo living in Portland. “There’s a large Congolese community in Oregon,” Kyanza says, “and thanks to those folks and the Burundian community, we were given support enabling us to cope during difficult times.”

Financial and spiritual help came from the Immigrant and Refugee Community Organization (IRCO), especially Africa House, its arm devoted to aiding the Oregon immigrant population from the diverse ethnic and cultural backgrounds of that continent.

Kyanza turned a linguistic corner when, as she put it, “I was now dreaming in Swahili, French (her second language in the Congo), and English.”

She was accepted at Portland State, contemplating a degree in nursing, understandable having witnessed her mother’s lingering death. But because she wanted to help more people than nursing would have allowed, she decided to study community health, graduating with a degree focused on public health issues.

Kyanza is now working at Providence Hospital in the sterile processing unit, but her aspiration is to be in the operating room, assisting with surgeries and handling the instruments she now makes sure are antiseptic.

She has come miles from those early days on unfamiliar shores. She grew up in a country where race didn’t seem to matter since everyone was black, but in Portland, she says,  “white kids didn’t seem interested in who I was or in my past; except for a Mexican girl, no classmates interacted with me or even showed curiosity.”

She was also stereotyped. If her schoolmates thought anything about her previous life, it was that she must have lived in forest huts. Was their cliché a joke or sheer ignorance? To this day Kyanza can’t tell, especially when the truth is that Goma is a city of 2 million, four times the size of Portland proper.

Nevertheless, she yearns for a return visit to Goma to see family still there and to track the changes since she left at 10. But she knows that the real changes are within her.

“My culture comes first — its food, language, and music, above all the way you speak to people,” she says. “But besides the culture, there is the individual, and in so many ways I am not who I was.”

That’s an understatement. Kyanza is indeed a new woman, yet she acknowledges her resilience comes from lessons her mother taught her many years ago.