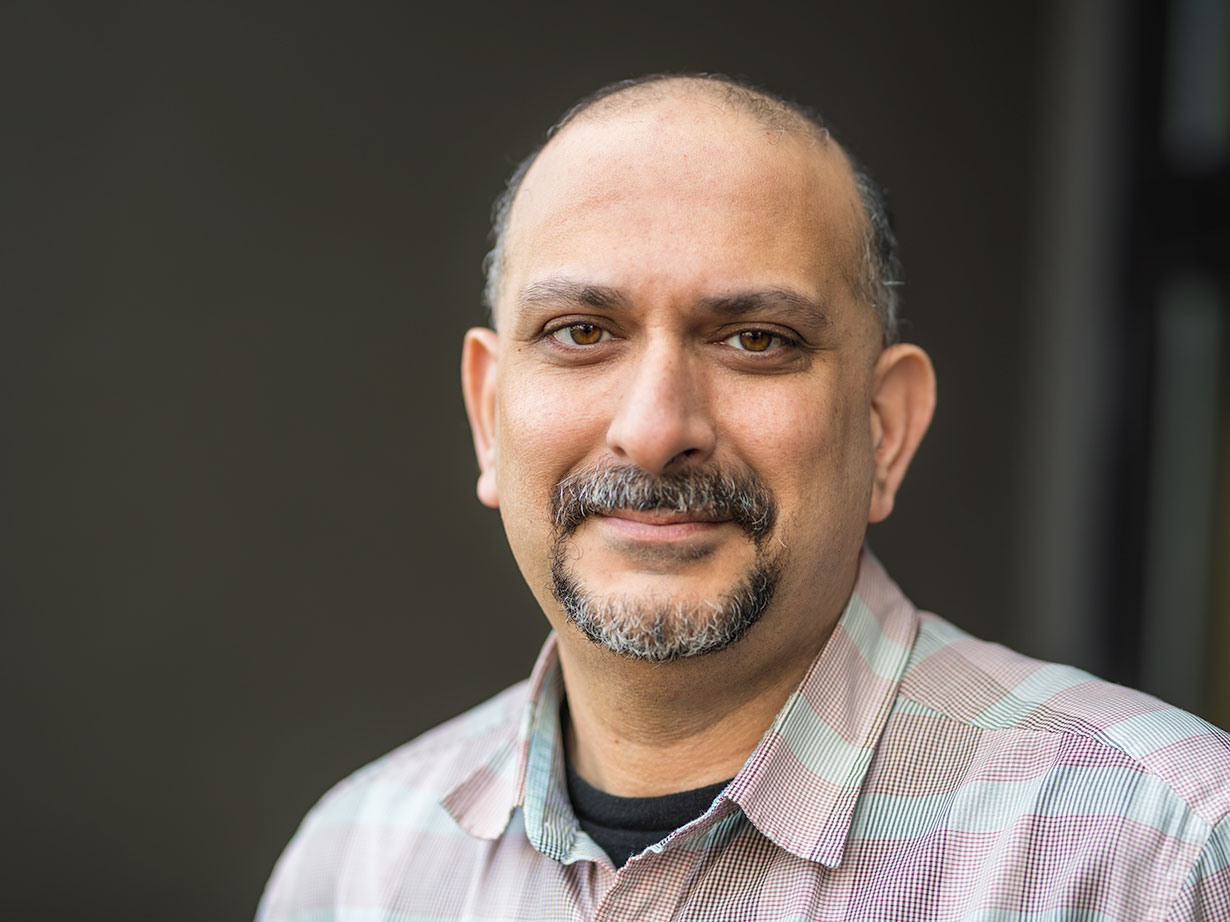 When Deepak Kaul immigrated from his native Kashmir — territory disputed by India and Pakistan — to New Jersey at age 10, his family lived across the street from Annin Flagmakers, one of the largest manufacturers of American flags in the United States.

Kaul’s mother worked at that factory, which produced flags for U.S. embassies and the military. What’s more, according to Annin, the Apollo 11 astronauts carried the company’s flags to the moon in 1969. In fact, there is some evidence to suggest that Annin made the very Stars and Stripes that Neil Armstrong planted on the lunar surface.

What could symbolize more powerfully the new world where the young Kaul suddenly found himself than a building dedicated to the manufacture of Old Glory?

A few years after arriving in the U.S., the Kaul family moved from blue-collar Verona, New Jersey, where Deepak was the only boy of Indian descent in his school, to Newark, where even among African-Americans and Hispanics he remained an ethnic outlier. While Kaul himself did not experience serious harassment, many Indians in New Jersey and New York had their tires slashed and were terrorized and beaten up–one fatally– by so-called “Dotbusters,” hoodlums antagonized by Indians who on ceremonial occasions sported a red mark on their foreheads to celebrate their Hindu origins.

“All foreigners seemed to antagonize them,” Kaul said, “and they thought I was an Iranian — for those were the days of the Iranian hostage crisis. Life was definitely not peaceful for an adolescent Brahman boy!”

Like so many immigrants, Deepak felt profoundly in-between, mired in a no man’s land of identity — assimilated to American life yet pulled back ever so subtly in the direction of his Indian roots, although he did not return to his native land until well into his 20s.

Goaded by his father toward an upwardly mobile career, Kaul went to Boston University and then, like many aspiring Indians, thought he’d become a doctor. But his heart was never into that choice. He worked as a technician at Harvard and Tufts medical schools largely to satisfy his parents’ yearning for him.

But he was increasingly drawn to the culinary world.

Inspired by his mother’s cooking of pungent Kashmiri dishes and excited by kitchen communities with their feverish intensity and camaraderie, Kaul felt most at home in restaurants.

Working at a number of establishments in Cambridge, Massachusetts, and San Francisco, Kaul kept his new work a secret from his folks. But, in a sense, he was paying a debt to his parents. Naturally drawn to the food of his homeland, he injected Indian flavors, ingredients, and regional styles of the subcontinent into the Western dishes served in the restaurants where he worked.

Making his way to Portland, where his in-laws reside, Kaul prepped in chef Vitaly Paley’s kitchen at Imperial.

Eventually, Kaul opened his own restaurant, Bhuna. It’s a small, unpretentious place, devoid of any décor marking the spot as Indian. Kaul disdains the kitsch characteristic of so many Indian restaurants.

“I don’t want to fetishize India,” he said.

With a contempt for the buffet table meals of Indian-American joints that he regards as no better than fast-food places serving culinary clichés, Kaul says that “whenever those restaurants use the words ‘authentic Indian food,’ I know they offer nothing of the sort.”

Bhuna represents Kaul’s tribute to his heritage and the pleasures from Kashmir that he remembers from his childhood and in which his mother took such delight at the family table.

“I grew up eating this food,” Kaul said.

With its small menu, Bhuna is firmly in Kaul’s comfort zone, suggested by a nostalgic Kashmiri lamb rogan josh and, surprisingly, chickpea breaded calamari, a Western dish never seen in the homeland.

That seemingly incongruous pairing of diverse dishes may be yet another version of Kaul’s former split identity. Bhuna is, in the truest way, Kaul’s story. Most gratifying to Kaul: His parents are not only reconciled to their son’s career, they love Bhuna, having eaten there proudly and even with a touch of culinary homesickness.

“It was difficult if not impossible to find Indian products in local grocery stores,” he said. “Trips to Manhattan were the only way to procure those essential ingredients. That, of course, has changed.”

But several Kashmiri specialties, such as the spice known as ver, are still unavailable in the U.S. Kaul occasionally commissions friends visiting India to procure such rare items.

And so, in a fashion typical of immigrants, even those settled here for decades, Kaul can seem Janus-faced — looking back to India with fond reveries, yet firmly immersed in the land of those American flags.