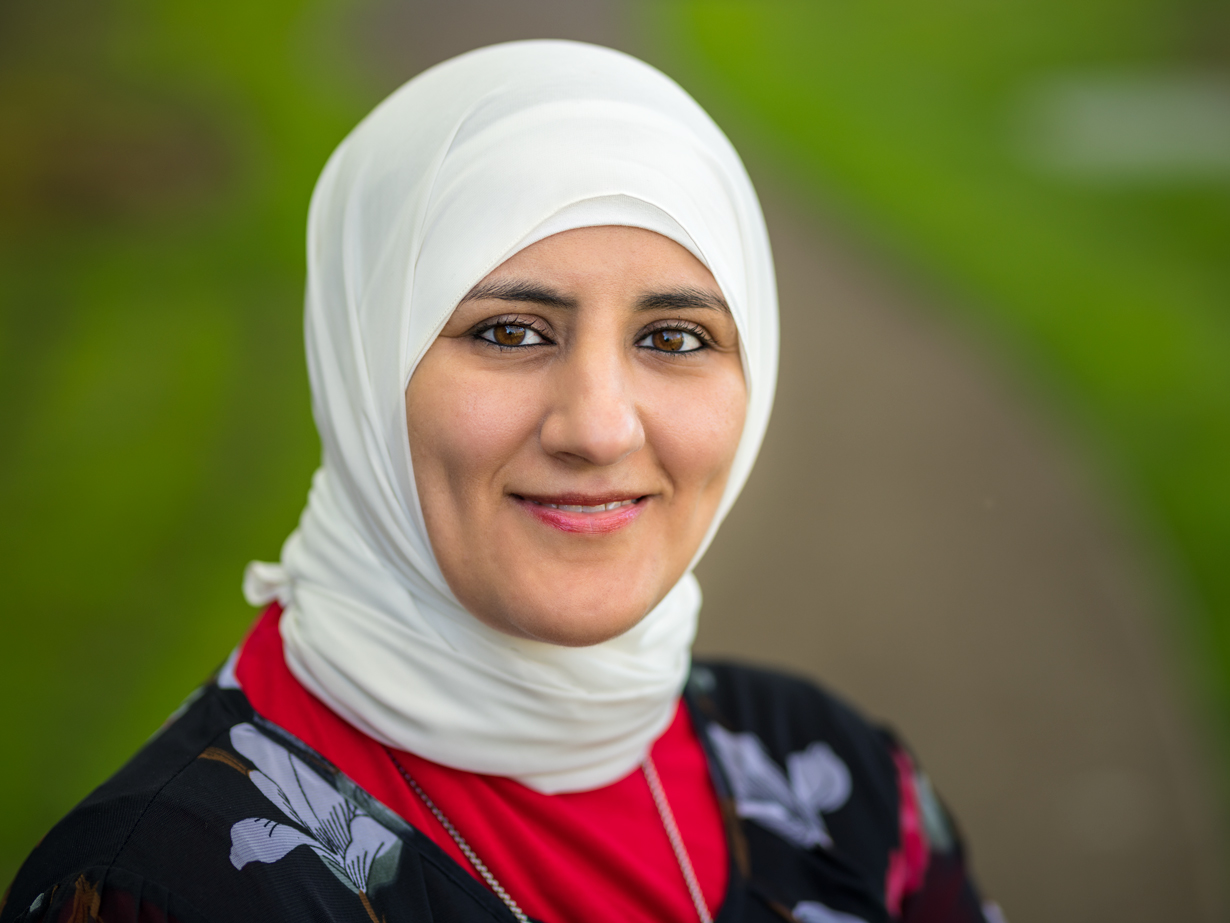 By the time Eman Abbas and her two sons made it to the United States in 2015, her Iraqi heritage had cost her admission to her dream school, a fair-paying career, and affordable health care, among other things. But she’s still smiling.

“I didn’t choose for my father to be from Iraq. I didn’t choose to be born in Kuwait,” Eman says of the factors that led to the government-enforced discrimination she faced in Kuwait, as well as her later immigration to the U.S.

Everything had been so much better when Eman was small.

“My life was perfect,” she recalls. Born in 1975 during Kuwait’s “golden era” of prosperity and social freedom, she remembers time on the beach, swimming and playing basketball. Her family lived in a spacious two-story house. She was at the top of her class, and ranked fifth in Kuwait for both chess-playing and academia.

A Muslim, she never forgot the advice of Prophet Muhammad, echoed by her father: “If you do something, you need to do it perfectly or don’t do it. You need to have your heart and your mind in it.”

This philosophy shows in Eman’s immigration story, in her eyes, and in her cooking. (She is the author of a cookbook, filled with her own take on classic Arabic dishes.)

In 1985, before Eman started high school, the Alien Residence Law in Kuwait was enacted. The law reduced the rights of nomadic groups, immigrants, and people with Kuwaiti mothers but foreign-born fathers. Throughout the years, these restrictions became tighter due to the 1991 Gulf War and Iraqi invasion of Kuwait.

Her first setback under the restrictions happened after her high-school graduation, when she hoped to get a medical degree. “I felt like this is the most interesting thing, to be helping save other people’s lives,” she recalls. She was a high-ranking student, but was rejected from the field of study because her father was born in Iraq.

Instead, she accepted an offer from a computer science program. She secured several jobs in the auto and financial industries after graduation, which eventually led to a job teaching computer science. Her salary was one-third the amount her Kuwaiti peers were earning.

She married an Iranian interior designer in 2003. They had two children, both born in the U.S with the help of her sister who was living in Oregon at the time. “I didn’t want my kids to have the same life as me,” she says. She tried four times to secure a visa and was rejected, but would not give up.

Shortly after the birth of their second son, Eman’s husband was diagnosed with esophageal cancer.

“When he was sick, I didn’t think of anything else but him,” Eman says. Her family relied on the help of charities for treatment, as all non-citizens in Kuwait had to pay two to three times as much for medical care.

In 2012, she herself was diagnosed with breast cancer. “All my time was devoted to home, hospital, work, hospital, home,” rather than her own medical care, she remembers.

When Eman and her family received clearance to immigrate to the U.S. to escape discrimination and seek medical help, immigration officials took her husband’s fingerprints and had him sign documents from his hospital bed.

Her husband never made it to America. He passed away in 2015, just a few months before their immigration was set into motion.

“I was happy the whole trip. I was reaching my goal,” says Eman. “But I was sad about losing my husband. He had a chance at coming here and feeling the equality. But you can’t have everything.”

In a double dose of good fortune, after she arrived in the U.S., she was declared cancer-free. She now works at the Oregon Employment Department. “It’s a good thing to be in a position where you can help other people’s lives,” she says.

This summer, she’ll move into a new house with her sons. One day, she hopes to open a baking business. But today, she sits in her decorated apartment, offering her guests Arabic coffee and chocolates as her sons laugh in the back room.

“It feels like a film. Like it’s not true, but it is true,” Eman says, looking back at her life with an unmistakable glint in her eye.