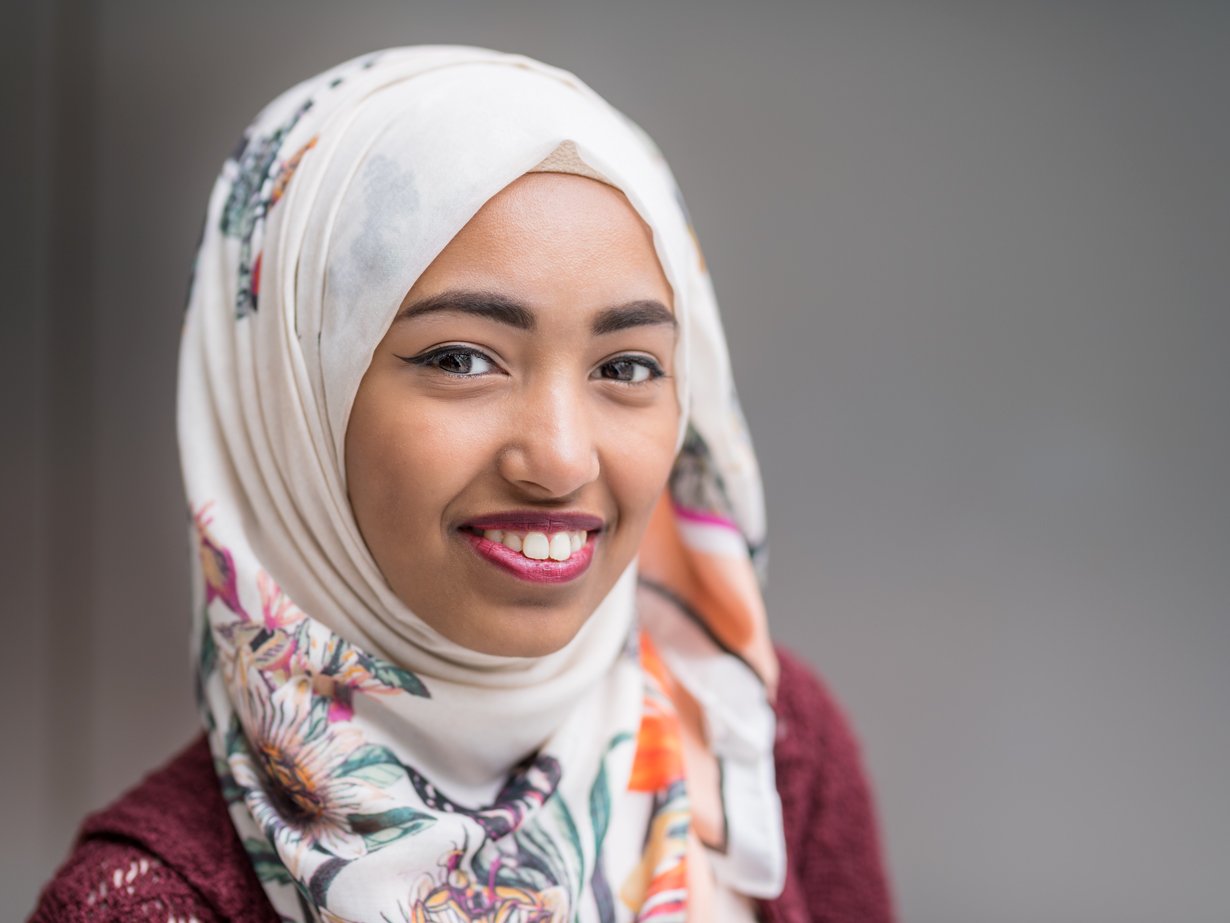 In 2013, when a bomb exploded and shattered all the windows of 15-year-old Sara Mohamed’s classroom in Damascus, Syria, she better understood   why her parents were set on emigrating out of the country.

But Sara is always known how to make the best of every situation.

“There are people that are struggling more than I do,” she says. “So I have to be grateful for what has happened to me because it shaped me, and that’s what made me the person who I am right now.”

Sara is now a senior at Benson Polytechnic High School and a part of the Portland International Scholars Academy program for students who are new to the United States. She’s also part of the International Youth Leadership Council and a budding interior architect through a program at Benson. She plans to continue her studies in interior architecture at the University of Oregon on a full scholarship this fall. It’s been her ambition to do so since she was 10 years old, and she shows no signs of slowing down.

Sara’s Yemeni father and her Somali mother moved to Syria in the 1990s after getting married in Saudi Arabia. In search of more opportunities, they opened a small restaurant together that offered catering orders and food such as fresh sambusas.

Sara was born in 1998. She fondly remembers celebrating the Eid al-Fitr holiday, the breaking of the fast after Ramadan, with her “aunties” and uncles. She recalls children playing carnival games, the chocolates on the coffee table, and all of the food.

“In our neighborhood, we weren’t Syrian but they treated us like they were,” Sara said. But she always knew, in the back of her mind, that her parents were interested in emigrating.

“It wasn’t our country,” she says.

Money was tight. Her eldest brother, unable to secure a job after high school in Syria, sailed to Sweden in 2008, hoping to bring the rest of the family over eventually.

“I haven’t seen him in nine years,” Sara said.

In 2014, her mother and siblings received confirmation that they could emigrate to the U.S. as the civil war in Syria became increasingly serious. Sara’s father remains in the Middle East; he now lives in Egypt.

In August 2014, Sara and her family arrived in Oregon. They briefly lived with another family before receiving more permanent housing.

“We didn’t know where to buy things,” Sara said. “None of us spoke English. After a week, no one was calling or checking up on us.”

For nearly two weeks, her siblings and mom survived on bread made of only flour and sugar. They had no blankets in their two-bedroom house.

“I don’t look at myself when things happen, I just look at the other people around me and how they’re receiving it,“ Sara said. “My siblings and my mom were really suffering.”

Relief arrived when her mother was able to remember how to ride the bus to Lutheran Community Services Northwest, the organization helping to resettle her family.

Today, Sara’s mother works as a housemaid to support her six children and awaits the return of her husband. Sara is dedicated to youth leadership and is especially interested in advocating for the rights of students who are new to America and just learning English.

“When you’re struggling through something, you don’t want other people to struggle, too,” Sara said, her eyes shining.

In 2018, Sara has met with the superintendent at her school several times to advocate for the Portland International Scholars Academy program.

Sara longs to see Damascus again one day, but only as a visitor or short-term resident.

“I don’t want to live in one place,” Sara said. “I want to travel the world. I want to have an impact in every country I go to.”