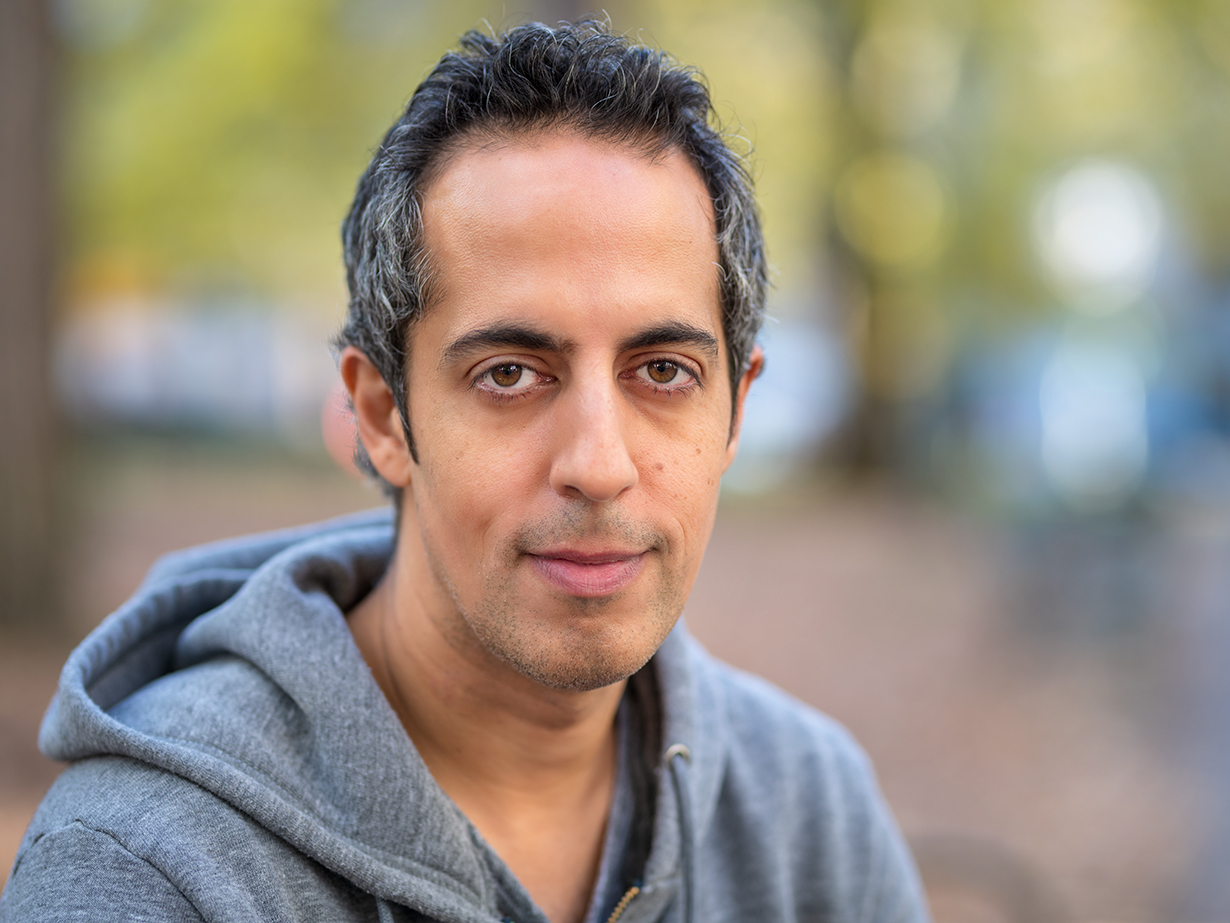 “Sometimes it’s what we are most afraid of — or wish were different — in ourselves that gives us our power,” says young adult (YA) author Abdi Nazemian, describing the search for identity that has been central to his life.

Nazemian was born in Tehran, Iran, in July 1976. A couple of years later, concerned because of the building unrest in that country, his family emigrated to Paris and then to Toronto. When Nazemian was 10, they settled in New York City.

Up until then, the family lived in neighborhoods with extended family: cousins, aunts,  uncles. But in New York, they were on their own, isolated from the Iranian milieu Nazemian had grown accustomed  to. “I knew I was different — with different family dynamics than those of my friends’ families,” he says. “I spoke three languages from birth: Farsi, French and English. Now I also speak Spanish and Italian.”

He has always loved languages, along with storytelling. Growing up, he drew comic books and enjoyed acting but did not realize a career in the creative arts was a possibility. “Immigrant families, whose own lives have been up and down, tend to steer their kids toward something stable, like business or medicine,” he notes.

For high school, Nazemian went to Choate Rosemary Hall, a boarding school in Wallingford, Connecticut. His first year there was one of the worst of his life, when he was the target of a lot of bullying.

“All I knew was that I was different in terms of culture, of being gay, of being a person of color,” he remembers. “And all I wanted was to fit in.” But because of the support he found there, the next three years were among the best of his life. He made some of his closest friends, people with whom he is still in touch on a daily basis. And it was one of his teachers at Choate who encouraged him to write and who was the first person he came out to.

At Columbia University, Nazemian majored in English, with internships in several fields, including marketing, fashion, and design, to learn more about what types of jobs were available.

During his teenage years, the threat of AIDS, not yet treatable, hung over every gay man. For young Nazemian, it seemed as if the price for being openly himself might be facing the possibility of death.

Yet even though he was too young to participate in the activism directly, he says it was the supportive community growing up around the AIDS crisis that gave him the strength to become who he is today.

”The queer community rallied around each other with so much love and anger,” he says. “Without that community, I don’t know if I could have found my way as a man.”

Nazemian came out to his parents when he was in a serious relationship and his partner insisted that he tell them. Those conversations were very difficult for many years, he says, noting that it is not easy for immigrants who have grown up in another culture to accept new values easily.

After college, he moved to southern California to pursue a career in the film industry. As a production assistant, his main task was reading scripts, and he gradually realized that he could write scripts as good as some of those he was reading.

It took a lot of weekends spent writing, but eventually he started getting some of his own scripts accepted.

Writing has been his way of figuring out who he is, he notes. “You need a strong sense of self to make big decisions in life,” he says. “Every step of the way, I (have) challenged the culture I grew up in. I had to come out as gay, as a creative Iranian in the arts, as a gay parent.”

His screenplays weren’t personal stories, though, and he realized that to write the stories he wanted to tell, he would have to write his own books. Film producers will not take a risk on something they are not sure will sell, he explains, but a book requires much less investment of money up front.

“My latest book, Like a Love Story, is much closer to my emotional journey than anything I’ve ever written,” he says. “This is the most vulnerable I’ve ever been. Growing up, I tried to be strong and hide who I really was. But sometimes the biggest act of strength is to be 100% honest.”