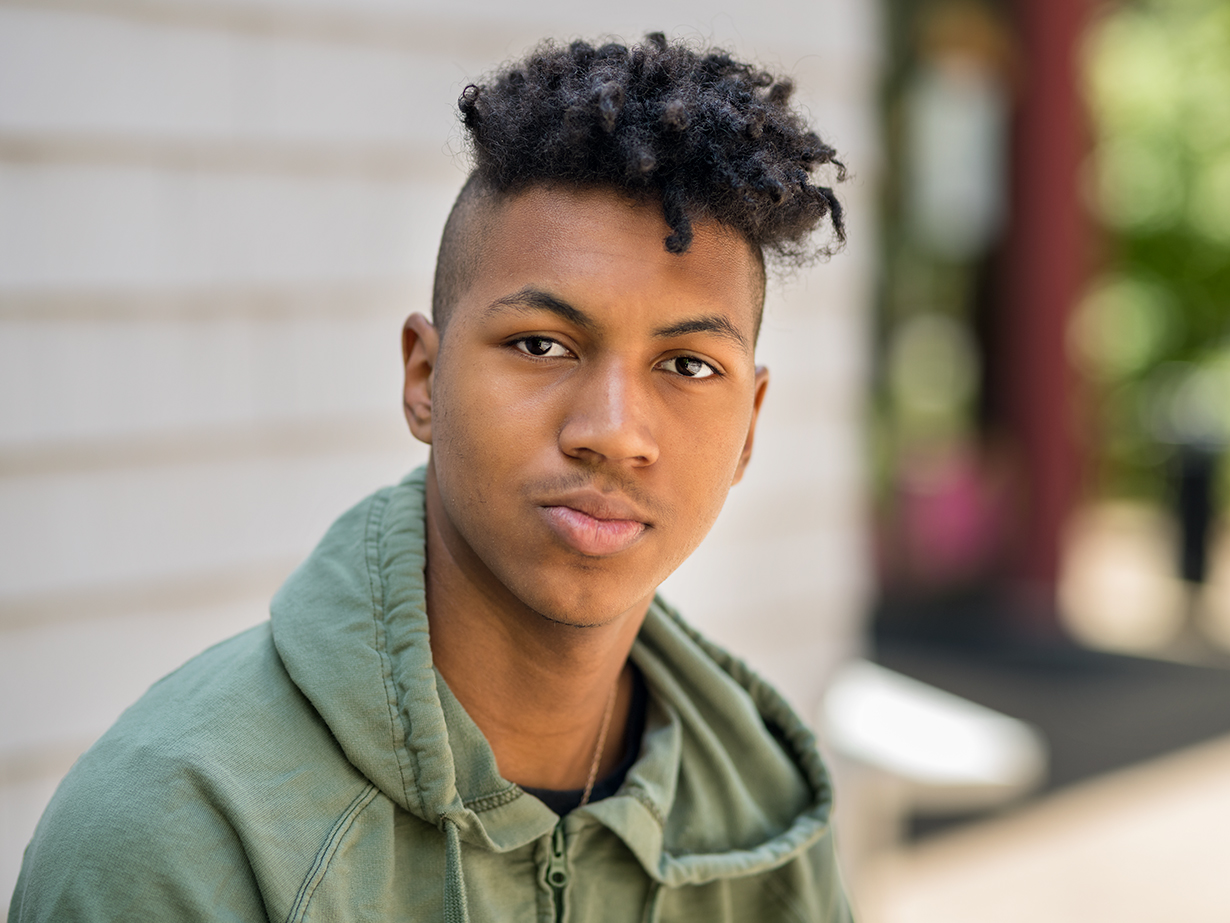 Most second-graders don’t worry about what the other kids are thinking when they plan play dates. Elijah Russell, however, figured his friends were only interested in him because he was the son of German rap legend, Samy Sorge.

Elijah was born in Hamburg, Germany, in 2001 to Sorge (popularly known as Samy Deluxe) and an American mother named Brooke Russell. His parents, both musicians, met in Hamburg shortly after Russell moved to Germany to pursue a career in music. When Elijah was 4, his parents divorced. Four years later, he and his mother resettled in Portland, Oregon.

For Elijah, moving meant not only leaving behind his father, but also the identity he had created for himself in Sorge’s shadow.

At first, making friends without the lure of a famous father was challenging. Back in Germany, his identity was all about his father.

“It was almost like I was reciting all this information about my dad,” Elijah  remembers, “and if anyone was to ask me a personal question about myself, I wouldn’t know the answer because I knew less about myself.”

In his new life in the U.S., Elijah learned that if he was going to make friends, he would have to figure out what made him unique.

Despite the differences between Hamburg and Portland, Elijah noticed one similarity: He was one of the only black students at his school in both cities.

“I used to view my race as a flaw,” he explains, “because I always grew up in places where I was outnumbered or I was the only person who looked different.”

It was this experience of being one of the only people of color in predominantly white communities that fueled his determination to respond to adversity with an open mind.

During his sophomore year at Sunset High School in Beaverton, a student turned to him during choir class and said, “It’s OK to kill you, because you’re black.”

“At first,” Elijah says, “I wanted to do something violent toward this guy, but I didn’t because I thought it would be more productive to try to have a resolution.”

However, when he brought the case to the Beaverton School Board, the board decided not to punish the student, despite testimonies from witnesses. The board told Elijah to think of the incident as a “learning experience.”

Elijah’s response was to start Kids of Color, a school club intended to create a space for conversations about race. At first, the club was only open to black students, but after a year the meetings were open to all students.

Each week, Kids of Color would tackle questions such as “What’s a racist experience you’ve had here?”

“We talked about real things that had happened to us,” Elijah says. “And it was a really great experience to see people our age talk about real topics and see how mature people can be during those conversations.”

Before students joined, Elijah would often ask them why they were interested in the club. Many students said that they wanted to join because Elijah had been the one who created it.

“That meant a lot,” he says, “to hear that students wanted to join because I was driving it.”

By fostering a space for other students’ voices, Elijah realized he had found his own identity.

In the fall of 2019, Elijah will be attending Howard University, a historically black college in Washington, D.C. He plans to major in sociology and minor in music. He wants to continue the conversations he started at Sunset High.

“I think one of the great things I learned,” he says, “is that it doesn’t need to be a club called ‘Kids of Color’ for me to have those conversations with people.”

After college, Elijah plans to pursue music, but not necessarily in the footsteps of his mother or famous father. His goal is to combine sociology and music — to write songs that encourage people to embrace an open mind.

“Being open minded is what’s helped me learn, or figure things out,” he notes. “If you aren’t willing to listen to some uncomfortable things, then you are probably sheltering yourself.”

One thought on “Giving Others a Voice”