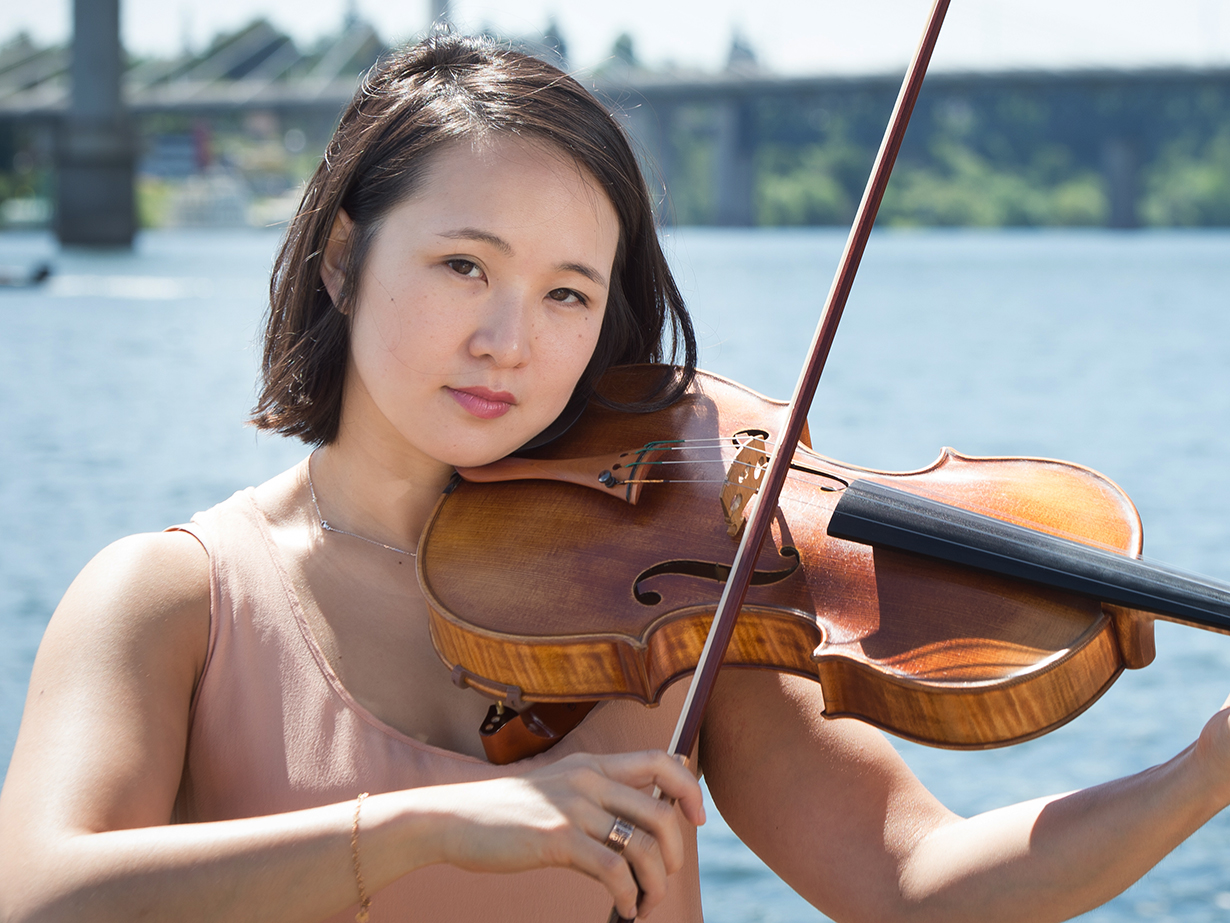 Every morning, Monday through Saturday, 14-year-old Kim Mai Nguyen woke up at 5:45 a.m. She dashed out the door at 6:20 a.m. to catch the subway. By the end of the week, her friends would joke that she looked like a ghost. But Nguyen didn’t mind — the early alarms were worth it to practice the viola at a conservatory in Paris.

Since then, the viola has taken Nguyen to places like Guatemala, Jamaica and Iraq as a performer and educator. Each place she visits shapes her repertoire, and she considers herself an ambassador through music. The Oregon Symphony artist has plans to earn many more passport stamps before the end of 2019.

Nguyen was born in Paris in 1987 to a Vietnamese family and started learning the viola at age five. She describes herself and her siblings as being “basically raised as a French family,” but she explains that her family’s heritage made her aware of and eager to know new cultures, a value she has integrated into her musical practice.

“My thirst for discovering different cultures comes from my background,” Nguyen recalls. “I was always thinking about my identity – am I French, and am I Vietnamese?”

As Nguyen evolved as a violist, she began to consider a musical career. The summer when she was 15, one of her teachers asked her if she seriously wanted to pursue the viola professionally.

“There was no question,” Nguyen reflects.

At age 20, Nguyen enrolled at The Juilliard School, where she earned a master’s degree in music. She’s grateful to Juilliard for introducing her to the variety of career paths in music, as well as people from all over the world.

“I just wanted to discover what’s out there, how people play and learn music differently, and I definitely got what I wanted [in New York],” Nguyen says.

Since then, she has united her fondness for cultural exchange and music education through her work with several non-profit organizations, notably MusAid, which she co-directs with her husband, cellist Avery Waite. The group holds workshops for students and teachers in countries lacking access to western classical music education. This summer, Nguyen will travel to India for the first time and return to El Salvador for her eighth visit with MusAid. She has continued her local and international music education while maintaining a full-time position with the Oregon Symphony for the past three years.

Nguyen and Waite also co-founded Drifting East, a musical ensemble highlighting traditional music from Afghanistan, Turkmenistan, Iraq, Lebanon and other countries. The group arose from their habit of learning folk songs in each place they visit.

In Oregon, Nguyen has performed with nonprofits to bring concerts to those who can’t easily attend them, such as refugees or the homeless.

Her goal is introducing audience members to types of music they likely haven’t heard, she explains. In other countries, she performs jazz or bluegrass music, while in the U.S., she showcases pieces that she’s learned during her travels.

“We always think about who we play for, and how we can expose them…to a different genre of music that they may not hear from the more classical musicians,” Nguyen says. “If we play here, we definitely think about exposing people to different cultures.”

She notes that her global work would’ve been impossible had she not appreciated diversity as a child and been eager to engage with new cultures.

“Being exposed to different cultures taught me so much, and I think it helped in trying to become more understanding and put yourself in different people’s shoes,” Nguyen reflects. “If anyone has the opportunity to move somewhere else and learn something different, do it. Keep moving.”