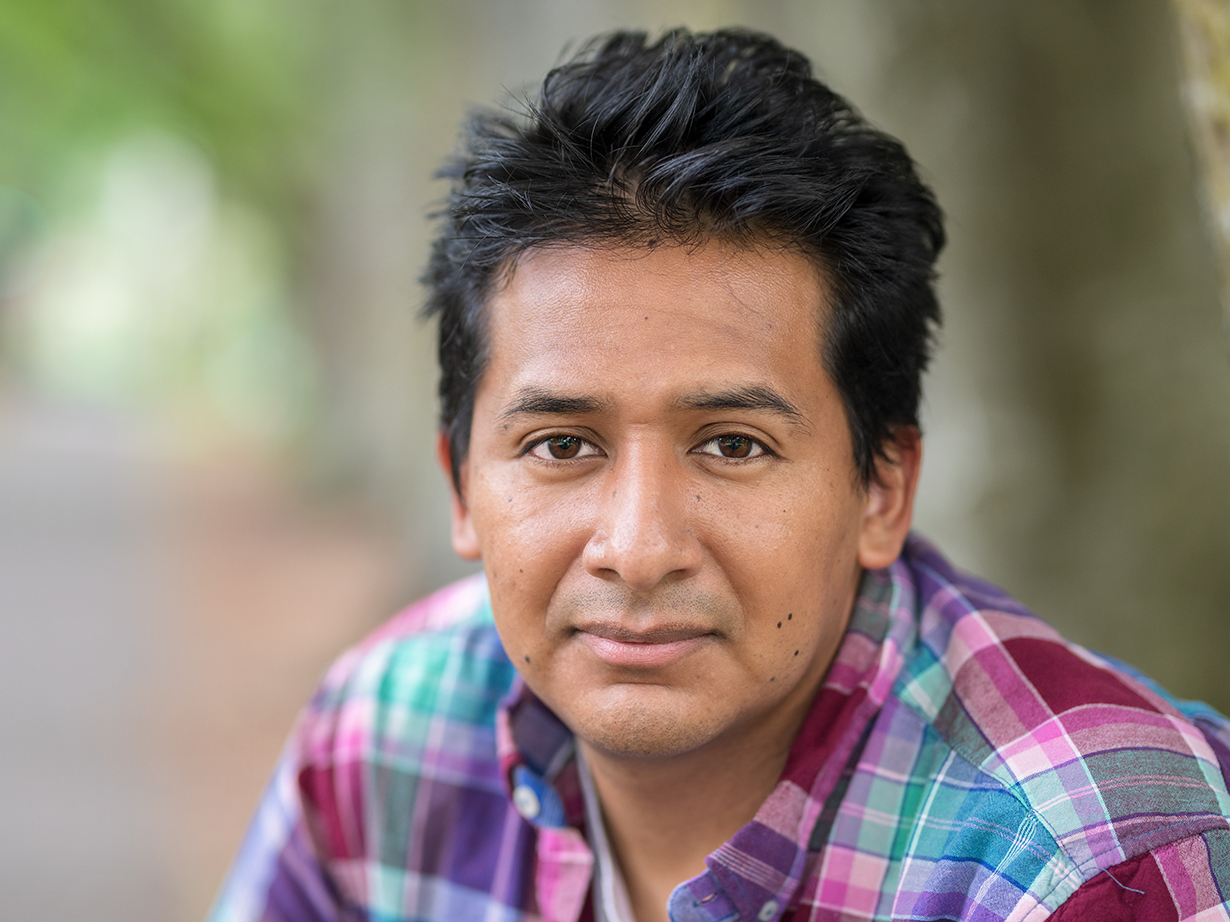 After his older sister was badly burned by scalding water, Miguel Rodriguez’s mother, a nurse in Orizaba, Mexico, knew the young girl needed to be seen by medical specialists.

When she learned there were doctors in California who could help, she brought Miguel and his sister across the border into the United States. Miguel remembers exactly when they came. It was on his fourth birthday, in 1997.

“We planned to stay until my sister was well, but she needed several surgeries, and after a while my mom decided life was better for us here. So we stayed,” says Miguel.

Life was better, but it was difficult. There were times early on when Miguel only saw his mother for maybe an hour a day. “She was a cleaning woman, going from job to job by bus, which is when she slept,” he says.

Miguel lived first in California, then in Oregon, always undocumented, always worried he’d be discovered and deported: “I would only share my situation with people I knew I could trust.”

He thrived in school, but family situations and immigration concerns meant moving every couple of years. In high school, they moved to be close to his stepdad’s family in Roseburg, Oregon. “I feared the worst,” Miguel remembers. “It was mostly white, few Hispanics, and very conservative.”

In hindsight, Miguel now says Roseburg was a blessing in disguise. Even though he spent much of his senior year worrying about his future, he was already setting goals. “I had the same math teacher for three years, and she was patient with me,” he says. “I wanted to be like her and teach something I love.”

Miguel graduated from Roseburg High in 2011, but right away he hit barriers. “I couldn’t get a real job or apply for financial aid for college because I was undocumented,” he recalls. He picked cherries that summer to earn enough money to pay for one term at Umpqua Community College. Another summer, he got a job driving his uncle’s street sweeper in Los Angeles. He took the bus both ways and, he says, “I was scared the whole time that I’d be stopped for paperwork I didn’t have and be deported.”

Eventually, Miguel and his family were able to file for permanent residency through the Federal Violence Against Women Act, giving them legal status.

Miguel graduated from Portland State University in 2016 and joined AmeriCorps, landing a position as a college access coach at Portland’s Madison High School. The pay was low, $1,000 a month, but Miguel still wanted the job. “I need to learn what I don’t know about people from different communities. This is how I can learn to be empathetic, to advocate for them and train them to advocate for themselves and others like them.”

After several years, Miguel believes he’s preparing himself to be a more well-rounded educator.

“At Madison, I’m tutoring most of the time with students, many just like I was who weren’t born here, maybe brought here undocumented, and facing major challenges,” he says. “I feel that’s where I want to focus my energies … to help them move forward and succeed,” he says.

Miguel also works in Academic Support Services at Reed College, coaching and tutoring students and staff. “Early in the day I work in this pretty privileged environment, and hours later it’s totally different at Madison,” he says. Yet he embraces the variety.

At Reed, a lot of his responsibilities are administrative, and Miguel eventually wants to work in education policy. He knows it will mean less one-on-one contact with students, but he believes administration is how he will make the greatest impact.

A need to be more in touch with his own community led Miguel to join a Latino leadership program in 2018. He directs a non-profit organization, Portland Through a Latinx Lens, which collects and shares stories from immigrants about their experiences.

”It feels good because I am doing things that I love,” Miguel says with gratitude.  “ I can go home most nights feeling like I accomplished something, and the people I’m working with are also accomplishing something.”

One thought on “Becoming His Own Role Model”