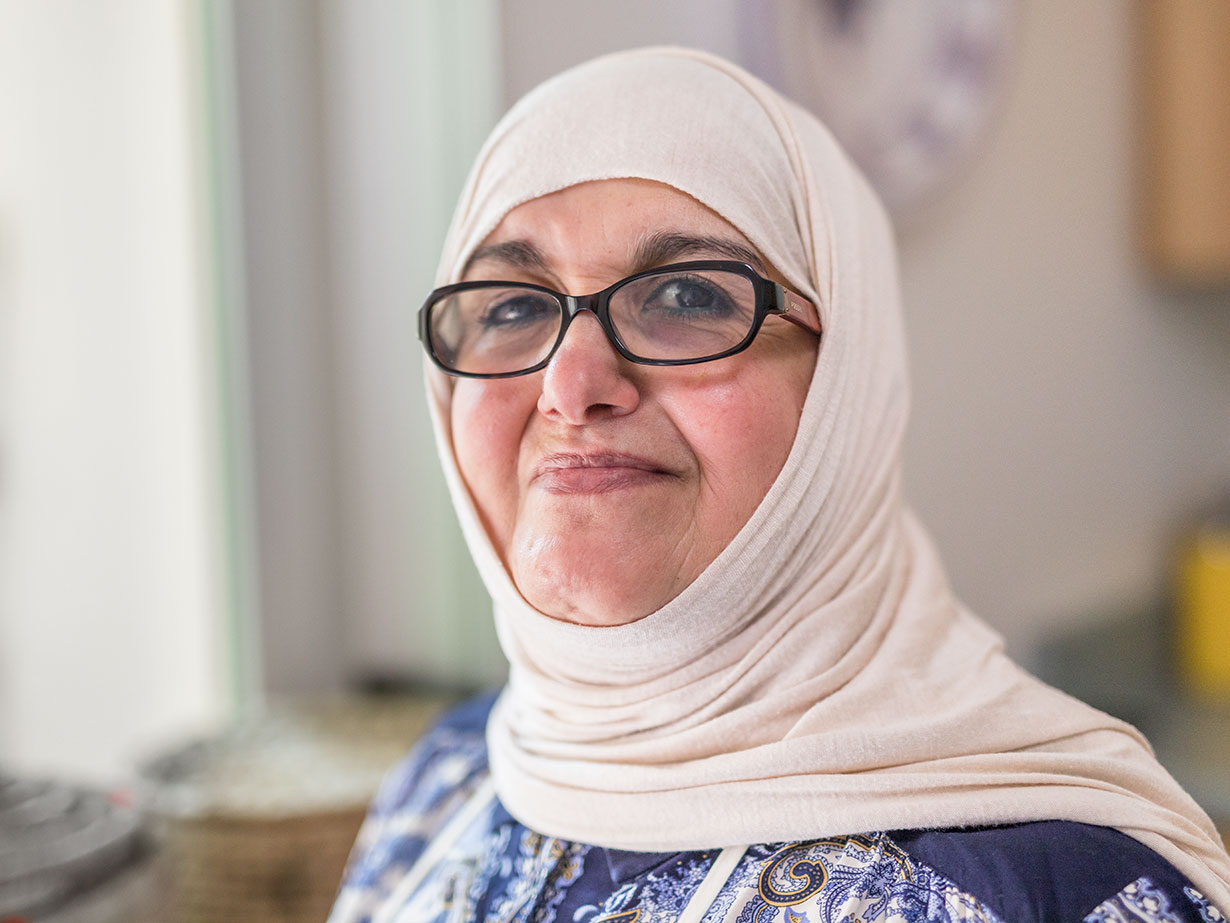 In a recent novel, The Committed, by the Vietnamese author Viet Thanh Nguyen, the narrator laments his inability to recreate dishes he craves from home, and their absence makes him realize just how much he has lost. His memories evoke the past even as that past feels gone forever.

Every immigrant inevitably senses this nostalgia, but some are able to replicate with pleasure and success the experience and taste of home, sustaining what we might call gastronomic continuity.

Karima Elatchi, who initially came to America from Morocco in 1994, remembers well the first dish she cooked. She was 12, finishing a meal her mother yielded to her because her mother was not feeling well. It was called Trid, reputed to be the Prophet’s favorite dish, a poor person’s version of the famous pigeon pie laced with saffron, cinnamon, and ginger often served at Moroccan feasts. Karima rose to the occasion, and that culinary triumph sped her on her way.

Karima came from a highly intellectual family where English and French were spoken as well as Arabic and a Berber dialect; her father encouraged his eldest daughter to read serious literature. After private school, where she studied programming, she worked for many years at the Minister of Finances in the Treasury Department. Though fully involved in financial matters, Karima always held her native cuisine and cooking its dishes in high esteem, but she never imagined she might one day make food the center of her life.

The roots were laid down early. Her maternal grandfather owned considerable land in the town of Meknes, its gardens providing fresh fruit and vegetables, as well as olive trees, wheat, and barley. Karima loved spending leisurely time at his place. Aided by her explorations in a popular French language cooking magazine La Femme Actualle, she leapt at the chance to experiment in the kitchen with seasonal produce. Her mother taught the young girl how to use spices and herbs, and when Karima executed a perfect version of Smen— a potent form of preserved butter mixed with oregano, marjoram, and thyme–her mother exalted: “You are my girl!”

Even now, so many years later, she harks back to those gardens, raising herbs in a community garden, including rarely seen cardoons, delicious edible thistles from the artichoke family that are the mainstay of many Moroccan dishes.

Married for a while to a body guard of the Moroccan king, Hassan II, in Rabat Karima continued her cooking of the great national dishes– varieties of couscous and tagines containing lamb and dates, and fish with preserved lemons.

Eventually she came to New York where her sister Jamila lived; Karima was seeking Jamila’s medical attention because she was in the throes of an especially difficult pregnancy. Eventually divorced, she moved with her two young sons to Silverton to be with her new husband, an American from Oregon. But there was no mosque in Silverton and so, wanting to ensure that the boys would grow up with their Muslim faith intact, she moved to Portland.

Getting work as an immigrant woman was not easy, so she decided to fall back on her love of cooking, beginning by baking sweets for the World Food Market, turning out Moroccan versions of biscotti (flavored with orange blossom water) and macaroons. She also found an extensive Arab community in Corvallis, and commuted in order to cook for Oregon State University students who came from the United Arab Emirates. At the same time she made dishes in the kitchen of a local mosque and catered for weddings and other celebrations in the Arab community.

In Corvallis she found a market that also served as a coffee shop, where she happily created a menu that spread out from her native recipes, serving dishes from India, Greece, the Middle East, and North Africa. But memories always drew her home, and at what she called “the little bazaar” she reveled in “Moroccan Nights,” when tents, Berber rugs, and servers in native dress created the atmosphere of Fez and Marrakesh.

In Portland Karima now spends her time offering cooking classes, sometimes in her own small kitchen but more frequently in other people’s homes. She is especially delighted to be cooking at Beaverton’s Muslim Educational Trust, a community center for the Arab community, where she is known as “Karima of Morocco.” She proclaims, with understandable pride, “I am a star in my kitchen!”

Karima, like so many immigrants of late, has experienced racism, especially in Corvallis. Because like many Islamic women she wears head covering, she has regularly been stared at, with obvious disapproval. One of her sons was hit in the face, and his car sprayed with racist terms, its windows broken as well. But Karima perseveres, determined to show the strong side of an Arab woman.

When we talked, I asked her about a favorite Moroccan dish of mine, harira, a lentil soup with turmeric, garbanzo beans, lamb, and that smen. Though harita is traditionally consumed during the holy month of Ramadan, when, after being enjoined to avoid food from sunrise to sunset, Arabs break the fast with an evening meal beginning with that delicious soup, Karima told me, “I often like to eat harira for breakfast!”

And so I imagine Karima Elatchi greeting a new morning with a culinary ode to her native land, as she preserves a bit of Morocco in a bowl.

3 thoughts on “A Longing For the Tastes of Home”