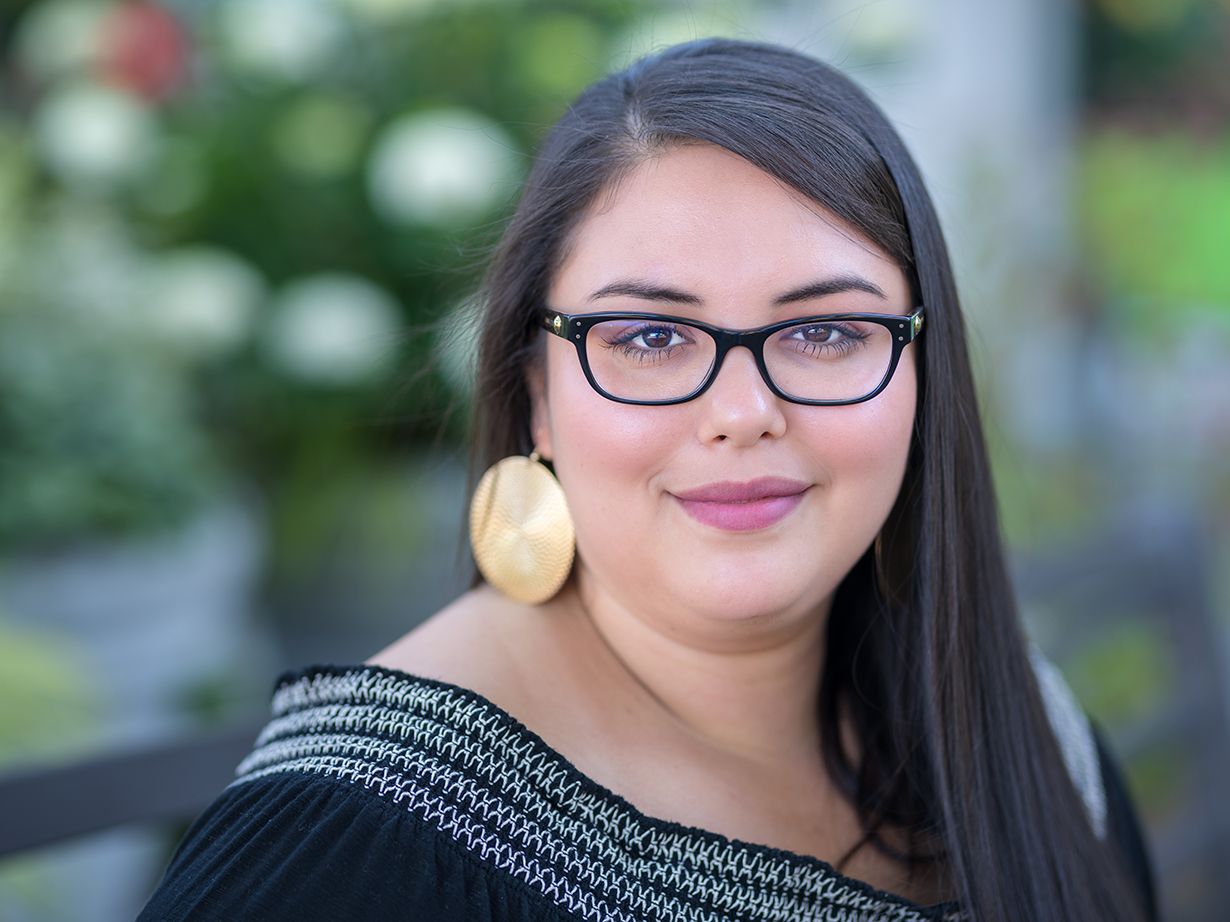 Instead of a novel, Brianda Alcazar would sneak her geometry book into her room at night and wait till her parents were in bed so she could turn on the light and finish her homework. As a young Latina under pressure to fulfill traditional roles and help out at home, she was also determined to succeed at school.

Brianda was born in 1993 in Michoacan, Mexico, and immigrated to the US with her family at the age of six. In the new country, her mother, overwhelmed with four small children and coping with a confusing new culture, began to have panic attacks and had to be hospitalized for several weeks. The family soon moved to Oregon to be near relatives.

At first, school was challenging for Brianda. She didn’t know much English and had to keep changing schools because the family moved several times each year. Looking back, though, she realizes that the moves helped her develop the skill of making friends. She is still close to a friend from third grade; they are comadres, or godmothers, for each other’s children.

The move to Oregon did not end her mother’s struggle with depression. Eventually, she was diagnosed as having bipolar disorder. That was a major reason, Brianda feels, why the two of them frequently clashed. Seeking a way out, she left home at fifteen and moved in with her boyfriend, Salo Acosta – now her husband. Within a few months, she was pregnant but, with Salo’s support and the advice of a school counselor, she kept up with full-time schooling even after their daughter was born.

The young couple lived for short periods with each of their families, but soon decided they needed to be off on their own.  They could not afford their own apartment so Salo took a term off school to work full-time. They bought a small RV, and parked it on a farm where Salo did odd jobs to pay the rent. They had no running water, inadequate cooking facilities and had to take showers at a gym. However, they had few expenses and got a lot of help from his aunts.

Despite these hardships, Brianda graduated from high school on time. After six months in the RV, they were able to move into an apartment shared with another young couple. She earned scholarships to Portland Community College while her husband graduated from high school and got a job. Their second daughter was born on June 15, 2012, the date President Obama announced the creation of DACA, the program that has enabled Brianda to pursue her education. After PCC, she went on to get a BS in chemistry at Pacific University, where she also worked at the Women’s Resource Center.

Brianda and Salo have worked together to make their family life go smoothly. While she was in school, he took various jobs, eventually owning his own landscaping and tree farming business and currently working for the Hillsboro School District. They now own their own home and focus on creating a positive environment for their daughters.

“My older girl sometimes hears things in the news and asks if we’ll have to go back to Mexico,” Brianda says. “But I tell her we belong here. In my mind America is all of North and South America and we’re all Americans. America is a place where people from all groups get along together. That’s how I think about it.”

After a year of working at Adelante Mujeres, a non-profit in Forest Grove that promotes self-empowerment for Latinas, Brianda is now working on her Doctor of Pharmacy at Pacific University. It was her mom’s experience that pushed her toward a career in pharmacy.

“My mom doesn’t always understand how her medication could help her,” she says. “No one explained that to her or to her family. So I want to give back, especially to Spanish-speaking immigrants. I want them to see someone like themselves and trust my advice enough to ask questions and take care of themselves.”

When asked how she would counsel a young woman faced with the kind of barriers she has confronted, Brianda responds, “It is not an easy road but it can be done. Whatever dream you have, you can find the strength within to empower yourself and achieve it.”

3 thoughts on “The Strength within Yourself”