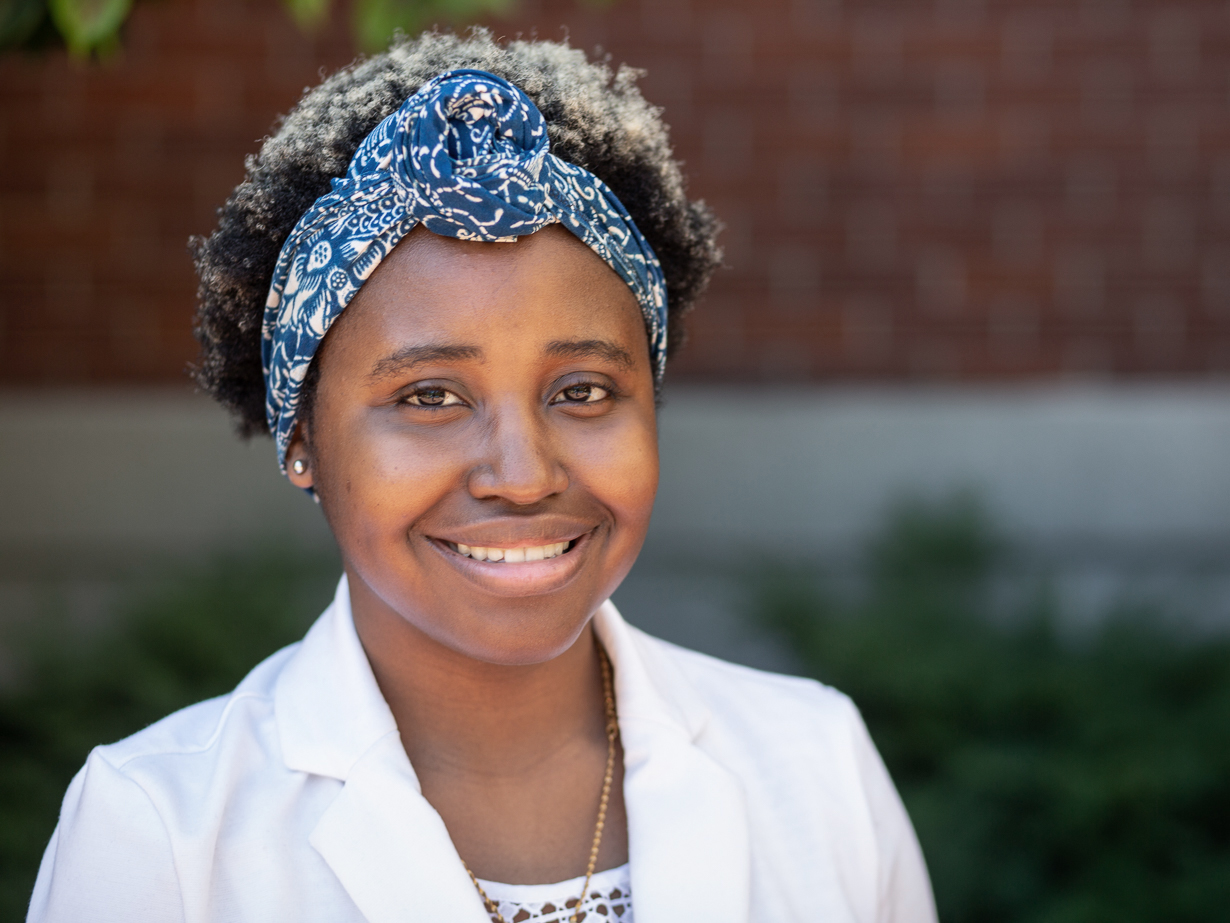 In April, the high school sophomore attracted the media spotlight when she won Oregon’s statewide Poetry Out Loud competition. While this win is a major accomplishment, it’s just one of the many ways that Belise is expressing herself and speaking out for what she believes in.

One of eight siblings, Belise was born in Mutabira refugee camp in Tanzania. She and her family moved to Oregon when she was 5. Though she has little memory of her time in Tanzania, she readily recalls the early challenges she and her family faced when they arrived in Portland – most notably the language barrier.

Belise was held back to repeat kindergarten at Holy Redeemer Catholic School while she learned English. Meanwhile, her older sister Serapiya, just 8 at the time, was very quickly saddled with adult duties, such as filling out school forms, paperwork and translating for the family.

Her parents are from Burundi. They speak Kirundi, Swahili and some French. But because their English is so limited, Belise notes, “I can sometimes see that they feel bad because they don’t get to be the parent that a lot of parents get to be.”

Belise was an outgoing kid, eager to explore and learn about everything. Once she and her sister learned to read and write, they were hooked.

“We would hide literary books … with our textbooks and we would (secretly) read, in class, our novels and stuff,” Belise reveals with a grin.

Though she was sociable and active in school activities, sometimes it was painful to be one of the darkest-skinned kids in class, deflecting African jokes and curious looks – even from other black students. But standing out in a crowd is not the same as actually being seen, Belise clarifies.

By third grade, Belise was noticing various inequities all around her. And she took action.

“I would send letters to my principal and say, ‘Please fix this, it’s not working,’” Belise recalls.

Following one such letter, she met with the principal to discuss her concerns about the school’s Jogathon. Specifically, why was the top runner always male? Belise’s actions drove immediate change; the school added winning categories by gender and age, making the event more welcoming and inclusive for all.

“I was proud to have made everyone feel that there was more equal grounds,” she says.

Heading into her junior year at St. Mary’s Academy in Portland this fall, Belise continues to take on leadership roles, fighting for justice and equality. She’s set her sights on becoming a lawyer or politician. She feels fortunate that her family has received so much support in the United States and wants to provide that same support to other immigrants and refugees.

“I grew up and saw all the injustices that were happening; to immigrants especially,” she says, “and I think that could be me in their situation. I just want to be a protector for them.”

When Belise is not studying for Advanced Placement classes, competing in Poetry Out Loud or participating in mock trials, she’s active in the Black Student Union, Youth Advocates for Immigrants and Refugees and is the co-director of student-led nonprofit Youth Ending Slavery, and much more.

This summer, Belise is excited to attend a prestigious six-week seminar on Black Feminist Thought at Cornell University and to bring what she learns back to her peers.

“Above all that I am, people tend to see me as a black woman – which I am,” Belise says. “I want to represent that. I want to make sure that people who do look like me feel like they’re being represented. Because oftentimes, I did not see that at all.”