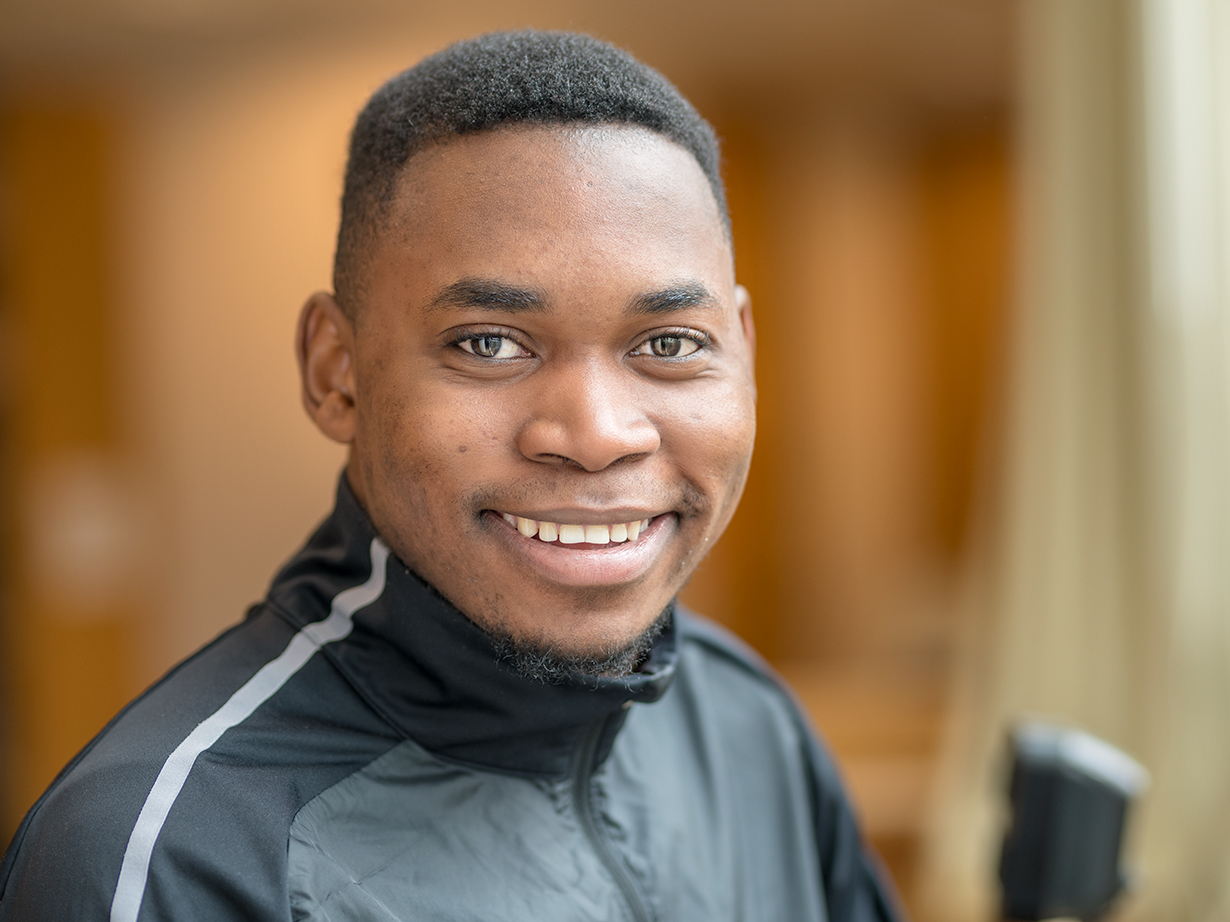 Wilondja Mashimango spent his childhood on the soccer field. One day on the pitch, he heard someone greet him and turned around to reply. However, what he found was a dog staring back at him. Terrified, he took off running.

Mashimango describes this encounter as something supernatural – a run-in with a witch doctor who decided to greet him in the form of a dog. It’s one type of otherworldly meeting he says was common in the place where he grew up.

“A normal person cannot really turn to be like a dog,” Mashimango says. “But somebody who has special knowledge, more than an actual human being, can do that, and we call them a witch doctor.”

Born in Uvira in the Kivu region of the Democratic Republic of Congo on April 1, 1999, Mashimango’s family fled to Tanzania when he was just 1 year old. They were escaping the deadliest conflict in African history in the Democratic Republic of Congo. A power struggle over the country’s resources along with genocide in neighboring Rwanda led to the displacement of millions of Congolese people, including Mashimango and his family.

In Nyarugusu, the refugee camp where he was raised, Mashimango played soccer every day on the field next to the church.

“There’s never been a day in Africa when I slept without playing soccer,” he says.

When he wasn’t playing soccer, he was excelling in his studies and was at the top of his class.

When Mashimango’s family arrived in the United States in 2015, he brought his passion for soccer and learning with him.

He soon caught the eye of Madison High School’s soccer coach, David Kelly and was able to join the junior varsity soccer team his sophomore year. Mashimango says it was a big adjustment compared to how he was used to playing the sport.

“In Africa, soccer was a community thing,” he says. “Anyone can just come and play, but right here, it wasn’t like that. You have people depending on you. You have a coach, you have rules, and all things like that. So you just need to find a way to fit in the team.”

At first, the language barrier stifled Mashimango’s success and progress. He would sometimes show up late to practice because he misunderstood what the coaches were saying.

But with Kelly’s guidance, Mashimango not only fit in with the team, he successfully made the varsity squad by his senior year.

He has since graduated from Madison with a 3.5 GPA and recently finished his freshman year at Portland State University, where he is supported by several scholarships. He is studying criminology and criminal justice and has a 3.8 GPA. He dreams of working with refugees like himself one day.

Mashimango’s goal is to work for an organization such as the Office of the United Nations High Commissioner for Refugees (UNHCR). He says life as a refugee has prepared him to help those seeking assistance and to recognize those truly in need.  He’s seen how corruption within the system can give some people an unfair advantage over those more in need of help.

He still plays soccer recreationally at PSU. Five years from now he sees himself finishing school, serving in the Navy and possibly studying law in order to work for and promote equality.

“I feel there’s still some sort of inequality when you look at race, disability, gender, things like that,” Mashimango says. “You have to recognize the worth and dignity of everybody, and then if we do that, we should indeed see changes in equality.”

2 thoughts on “Finding His Footing on the Pitch”