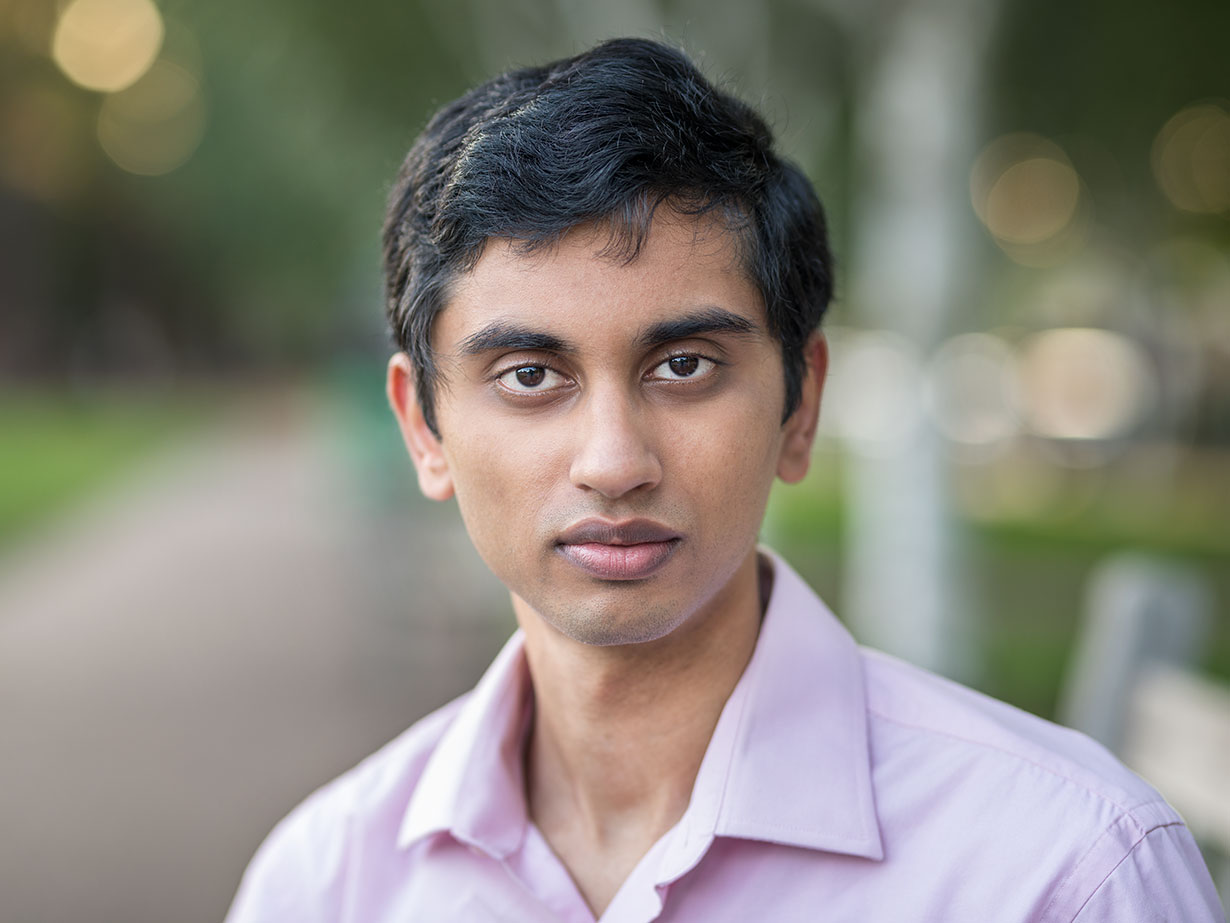 Kapila Narayanan Chandramouli was just a third grader when he travelled to Chennai, India, to learn how to craft a veena, a traditional string instrument, under the guidance of a local artisan.

With nothing but hand tools, Chandramouli and his brother were led through the ancient process — an experience that would foreshadow Chandramouli’s career as a mechanical engineer.

Fourteen years later, they built their own veena, using materials sourced from the Pacific Northwest and assembled with modern technology. Chandramouli said he believes the instrument he constructed achieves a sound quality similar to that of a traditional, acoustic –veena.

Born in Portland in 1996 to two Indian immigrants, Chandramouli continues to nurture a pride in his Indian heritage. His parents teach Carnatic music, a style of Indian classical music, in their local Portland community. Recently, teaching music has become a full-time avocation for his father, after retiring from his career as a software engineer. Growing up, Chandramouli recalls often listening to these music lessons from the living room.

In addition to his musical education at home, Chandramouli attended the Montessori School of Beaverton and Northwest Academy, both of which emphasized the liberal arts. He was one of only a few Asian-American students in his elementary and middle school, as well at Northwest Academy.

“Growing up, there weren’t many immigrants in our area,” Chandramouli recalls. “But I never saw that as a problem.”

Chandramouli says the  strong emphasis on the arts in his childhood motivated him to seek out a career where he could solve problems with his hands, while “making a meaningful impact.”

He got a chance to do that when, as a sophomore at Rensselaer Polytechnic Institute in New York state, he helped solve a flight error on a commercial airline. When the plane’s instruments gave the pilot faulty data about the plane’s speed, Chandramouli answered an intercom call for “an engineer on board” and calculated the accurate speed using a flight manual and a calculator.

“I wasn’t even an engineer at that point,” he notes.

Several years later, Chandramouli found another opportunity to solve a problem for his senior capstone project. Inspired by a medical issue brought to his attention by his uncle, a cardiac surgeon,  the college senior developed a solution for ineffective stents in heart patients. A year later, his solution was patented by the Rensselaer Polytechnic Institute.

“That’s where it clicked,” Chandramoul says. “I need to be doing something different than the status quo, something that is interdisciplinary.”

Today, Chandramouli is the founder of Kapshur Labs, a PDX-based startup that develops accessible, environmentally-friendly products and technologies. He values the start-ups’ mission to create a real impact for both people and the environment.

A quintessential engineer, never happier than when he is solving problems in ways that are both practical and helpful to others, Chandramouli says, “Basically, if I’m not happy with what’s out there, I will make something better.”

One product he has developed is an ergonomically comfortable pen with a teardrop shape that fits the hand and is easy to hold in a relaxed grip. It is made of recovered metals and uses no plastic.

But the pen is more than an innovative design; it was also a gift of gratitude to those who donated to Kapshur Lab’s 2020 fundraising campaign, aimed to support workers in the service and manufacturing industries during the pandemic.

Chandramouli and his team raised more than  $75,000 and were able to write checks of $1500 each to 50 people, many of whom supply and distribute the essential materials necessary for Kapshur Lab’s own engineering projects.

In addition to the pen, donors to the campaign were offered a live-stream concert from Chandramouli and his family as a special thank you.

“It’s products small and big that we are interested in…. to do something that is meaningful right now and down the line,” he says about Kapshur Labs’ mission. “This is what I stood for on day one and it is what I will stand for 50 years from now.”

Currently, Chandramouli is working on developing an independent communication device for individuals on the non-verbal spectrum of Down Syndrome, as well as a jet propulsion technology that cuts fuel consumption by 75 per cent.

His family’s musical heritage and his own work as an engineer have melded to become his overarching philosophy. “We have to take care of each other and value everyone’s perspectives,” he says. “We are here because of others, and others are here because of us.”

One thought on “Ready to Make Something Better”