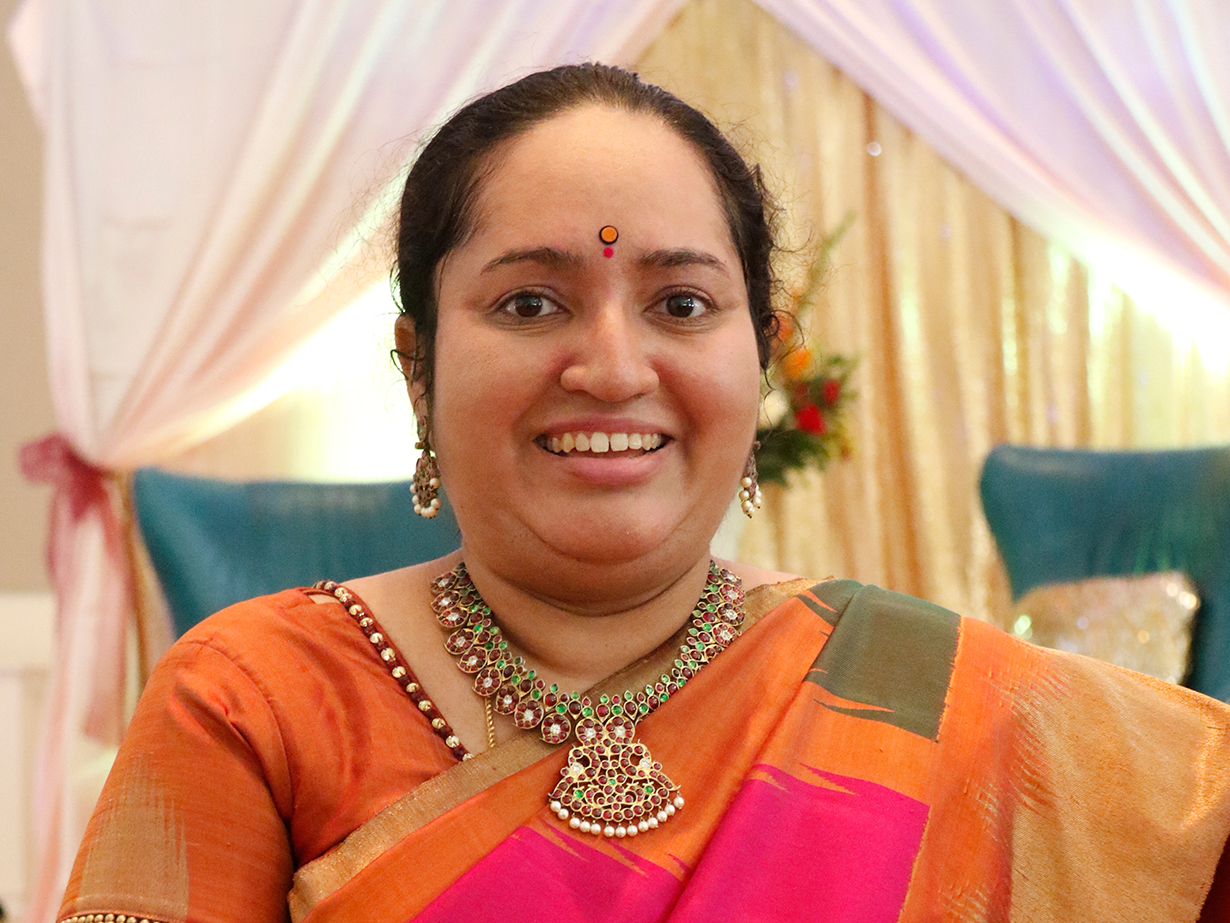 In late March, the Portland mother of two petitioned her friends on social media to see who would be willing to help buy food for hospital workers. Her post brought an explosion of responses. Now Sreenivasan is running a small empire that coordinates volunteers delivering donated meals to hospital workers. What began as a small act of service has grown into a grassroots movement that’s donated nearly 10,000 meals to hospitals around Portland and Salem.

Sreenivasan, born in 1981 in New Delhi, India, attended a boarding school as a day student from Pre-K to 12th grade in Chennai, India. Even from a young age, she enjoyed working hard and staying busy.  If Sreenivasan wasn’t dancing Bharatanatyam, a classical Indian dance or studying in the library, she was preparing for trivia competitions. Appearing on television as a student, she tested her trivia knowledge on game shows. “I used to win a lot. Whenever, I would go out, people would say, ‘You’re the kid who won the prize!,’” says Sreenivasan. “I was very passionate about it.”

After high school, Sreenivasan wanted to enter the research field and received her bachelors in Biomedical Engineering. Because India offered few Biomedical master’s programs, Sreenivasan decided to pursue her master’s and PhD in the United States. She applied to only one school: the University of Wisconsin in Madison. She arrived in Madison on a bright, beautiful day in January 2006, quite the contrast to the harsh, snowy winter people had described to her. The next day, the snow hit.

The Midwest weather was not her only adjustment. Sreenivasan had never before met people from different backgrounds, but now she became friends with students from places like Somalia and Kenya.

“I was someone brought up in one state in India where everyone is similar,” says Sreenivasan. “In Madison, I was in a place that was so different, and I made friends from different continents. It gave me a lot of awareness. People might look different but they are the same (in their hearts).”

Shortly after finishing her masters degree, Sreenivasan followed the tradition of her home culture in an arranged marriage to Dhananjay Raghunathan. Raghunathan was a mechanical engineer working towards his PhD in Robotics at Boston University. In order to be with her husband, Sreenivasan moved to Boston and worked as a data scientist investigating Alzheimers and memory disorders at Massachusetts General Hospital. Raghunathan took a job at Intel in 2012, and the couple moved to Portland while Sreenivasan was pregnant with her first child. Now, with an eight-year-old and a four-year-old, Sreenivasan has temporarily put aside her research and dreams of a PhD.

But when the Covid-19 pandemic hit Oregon and the state began to close, Sreenivasan wanted to find a way to support hospital workers from home. During the H1N1 pandemic, she witnessed first-hand at Massachusetts General Hospital how overloaded health care workers could become during a pandemic. With Covid-19 spreading through the country, she wanted to recognize hospitals for their work. She posted to social media about donating meals to hospitals and “within an hour, I had 200 messages. I didn’t know who 90% of the people were,” Sreenivasan explains. “It was the same feeling that many people were having. They wanted to do something and they didn’t know how to do it.”

Sreenivasan coordinated a complex operation where more than 35 volunteers, most of whom were Indian Americans, helped deliver the meals to hospitals. She also engaged the donors to directly pay the restaurants. “We just send the meals and coordinate the volunteers with the hospitals. That’s all we do,” she says. Three months later, the program, which has no name, is thriving. It has helped not only hospital workers but businesses strained from the financial impact of Covid-19.

While also homeschooling her children, Sreenivasan has worked upwards of 60 hours a week on this project. Out of this volunteer experience has come new inspiration for her PhD. “It’s like my degree has been delivered to me on a platter. I want to get my PhD in public health or epidemiology,” she says. “It’s the right cross between biomedical and the non-profit work that I want to do.”

Before she winds her project down, Sreenivasan will document the experience. One day, she hopes she can bring her skills and efficiency to an existing non-profit. Sreenivasan reflects on what she’s learned: “Corona has been a dark time. But if there is something that is good about it, it has really shown us that as one community we can work together. It has brought out the nicest, brightest side of people.”