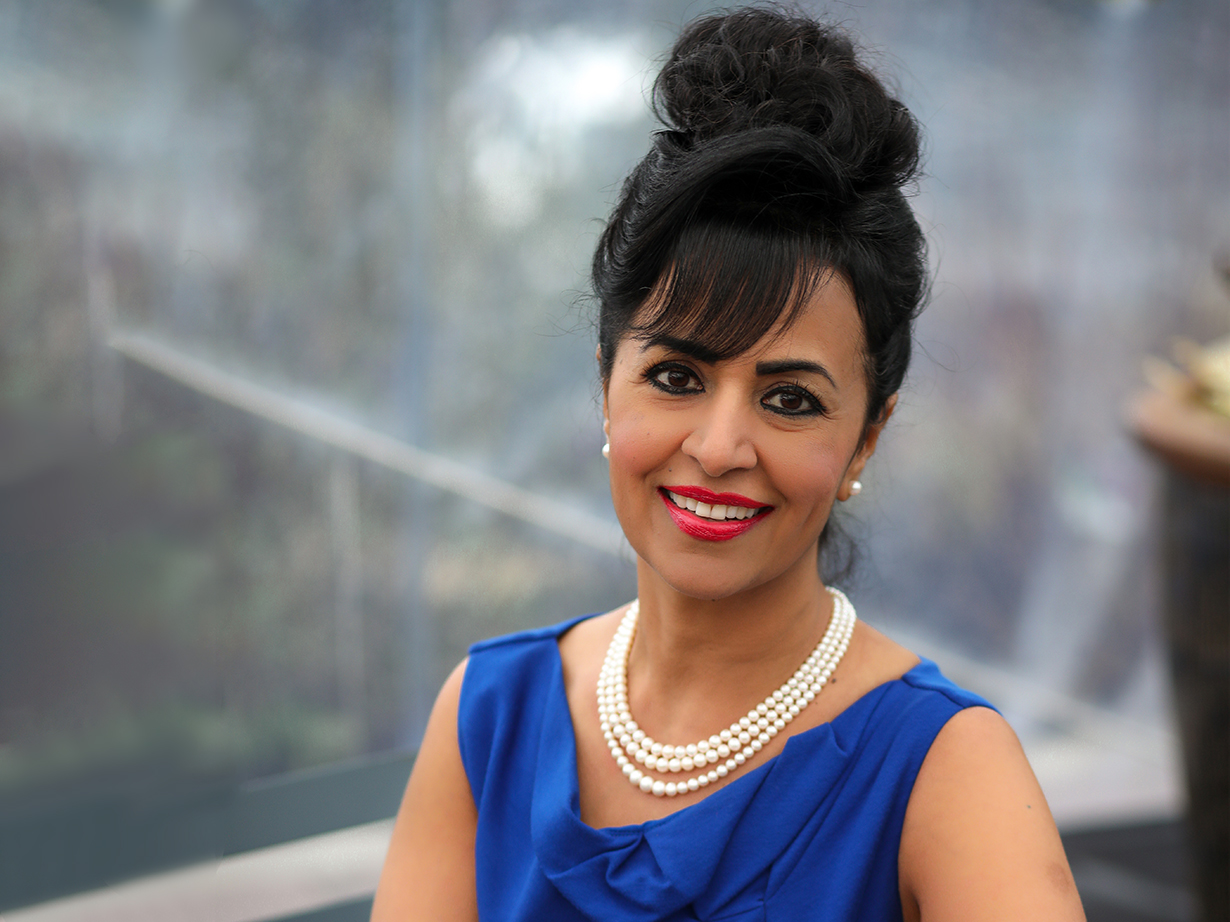 In an isolation cell at the Oregon Health & Science University (OHSU), 27-year-old Gayathri Ramprasad wondered, “Am I crazy or is the world crazy?” That was the moment she finally found her voice and understood how her past experiences had shaped her mental health.

It cost Ramprasad a lot of hardship to get to that moment, though. She was born in June 1961, in Banglore, India, the middle of three children.

She prided herself on being a good student. Her father had hoped to become a doctor, but family obligations prevented that, so Ramprasad set out to fulfill that dream for him. She studied physics, chemistry, and math at Vijaya College.

But her school years were not easy. Ramprasad suffered constant harassment on her walks to school. With her short hair, strong sense of fashion, and self-assuredness, she wasn’t the meek girl people expected. “As a young girl,” she says, “I didn’t know how to cope with the harassment.”

Despite the hardship, Ramprasad expected to earn good enough grades to help her get into medical school. However, she didn’t make that goal. It was then that she had her first panic attack. She remembers, “I couldn’t think, I couldn’t see… my heart was beating so fast.”

Her father also had another unrealized dream: to move to the United States. He believed that the U.S. was a land of opportunities, where people could live their lives the way they wanted to. And he wanted that life for his children. Ramprasad says, “My entire life was a dress rehearsal for being in America.” Keeping up with traditions, Ramprasad’s mother began looking for a suitable boy for her, soon after graduation.

One of the prospects was a man with prestigious engineering credentials, who worked for Intel in the U.S.. Ramprasad’s mother was convinced it was meant to be: the man had the name of her favorite god, and his and Gayathri’s star signs were very compatible.

Formally meeting her potential husband’s family put Ramprasad under enormous pressure. It meant wearing a sari, trying to put her short hair in a jasmine-entwined braid, and serving breakfast while making polite conversation. She thought, “My parents are going to be even angrier at me now. And now I’m going to fail in this whole marriage market.”

The family accepted Ramprasad as the bride, but she suffered more panic attacks when she had to live with her in-laws for eleven months while waiting for her visa. She spent the night before leaving for the U.S. hooked to an IV, for dehydration.

In Portland with her husband at last, she stared at the city lights from his car window, mesmerized. The twinkling lights reminded her of the Indian festival Diwali, the Hindu celebration that marks the spiritual victory of light over darkness, good over evil, and knowledge over ignorance. After crossing her apartment threshold with her right foot and a prayer, for luck, she told herself she’d make a home here, and find the sense of belonging that had evaded her in India.

But her mental health struggle continued. She felt isolated much of the time. She gave birth to her first daughter two years after her marriage, and postpartum depression consumed her. When she visited her family in India, they took her to a psychiatrist, who gave her a diagnosis of depression. Years later, she would learn that her father had seen the same psychiatrist and received the same diagnosis, but he’d never discussed it with her.

Back in Oregon, Ramprasad found herself in that OHSU isolation ward. Despite her family’s secrecy and shame, she made a promise to herself. “From this minute on, I’ll tell everyone the truth,” she decided. “I was human, I was suffering, I was not insane.” As she began to heal, cognitive behavioral therapy helped. Ramprasad began to feel a sense of hope, realizing she had everything to live for.

In 2006, Ramprasad founded ASHA International, an organization supporting mental health. The word “asha” means “hope” in Sanskrit, and it also stands for “A Source of Hope for All.” Her goal is to use every lesson she’s learned from pain to give hope to others. A year before passing away, her father told her he admired her for speaking out in a way he never found the courage to do. She has the parental approval she longed for as a child, and more tools to support her mental health. Her move to the U.S. played a big role in that growth for her. “India gave me roots,” she says, “America gave me wings to fly.”