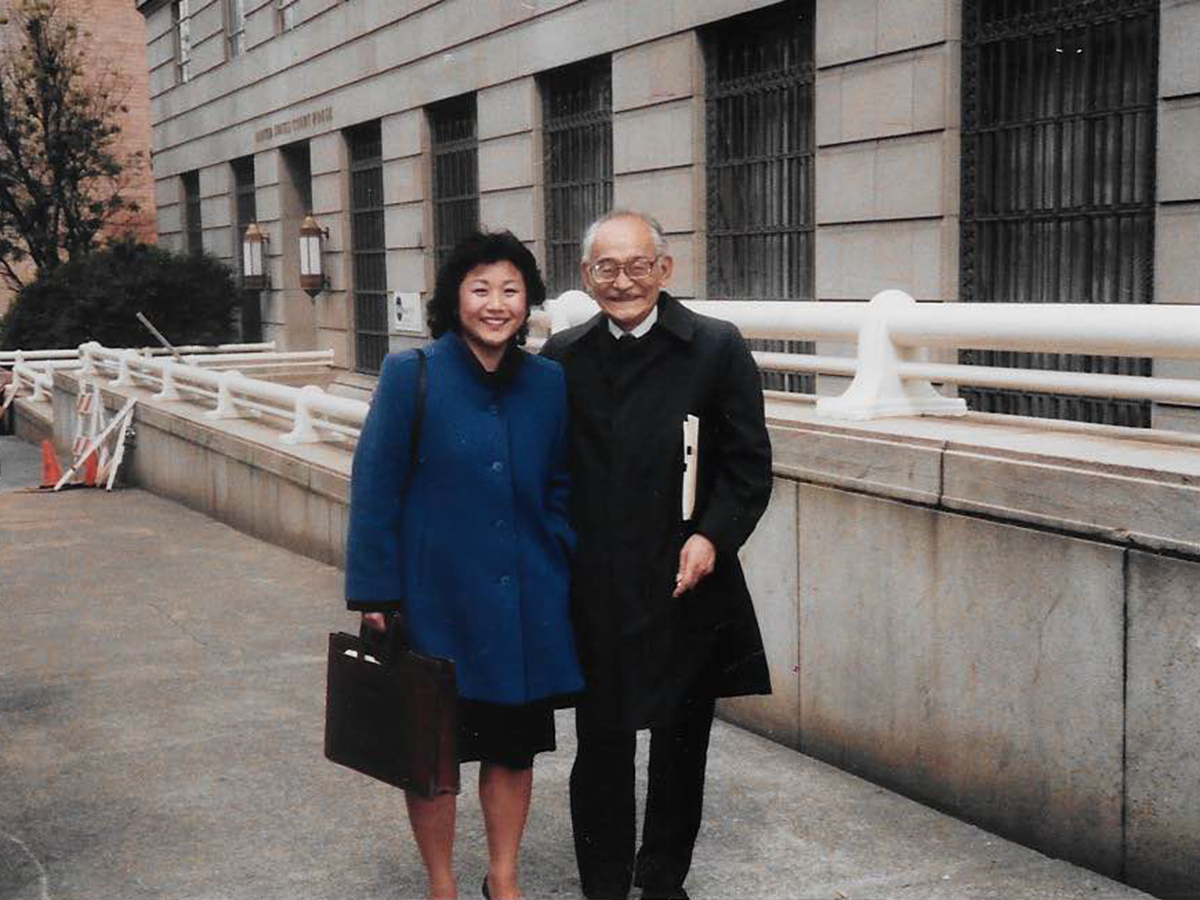 Welcome to Many Roads In Conversation, where we look deeply at issues affecting communities within the United States. This inaugural series focuses on the roots  of anti-Asian violence. Joining us for the second episode are Peggy Nagae and Chris Ling, who talk about major civil rights cases and legislation in American history.

In this episode, we will hear two voices in dialogue, talking through major cases in the Supreme Court and how legislation has affected Asian-American civil rights, including Executive Order 9066, which incarcerated Japanese Americans during World War II.

In Conversation today are Peggy Nagae and Chris Ling. Both worked as attorneys and have been active in diversity, equity and inclusion work in the Oregon legal community. Peggy is the owner and principal of Peggy Nagae consulting. Chris is now a software engineer. They spoke at the Japanese American Museum of Oregon in May 2021, in front of the actual jail cell that once held lawyer and civil rights advocate Min Yasui — you’ll hear a lot more about Min during their conversation.

This episode was produced by Caitlin Dwyer. Our audio editing was done by Rick March, assisted by Gordon Graham. Music was composed by Corey Larkin. Our executive producer is Sankar Raman.

This is our last episode of season 1, so if you’ve been keeping up with us all season, thank you. We’re so excited to have you along for our first year of storytelling. We’ll be back in October 2021 with Season 2, which starts off with a big story, a two-parter co-told by married Holocaust survivors. It’s an epic story of survival and endurance. If you’re in the Portland area you can listen to the series on prp.fm on two consecutive Sunday afternoons, October 3 and 10th at 4pm, or stream us asynchronously wherever you get your podcasts.

This episode is produced as part of the Oregon Rises Above Hate coalition based in Portland, Oregon and made possible by a generous contribution by Anne Naito-Campbell.