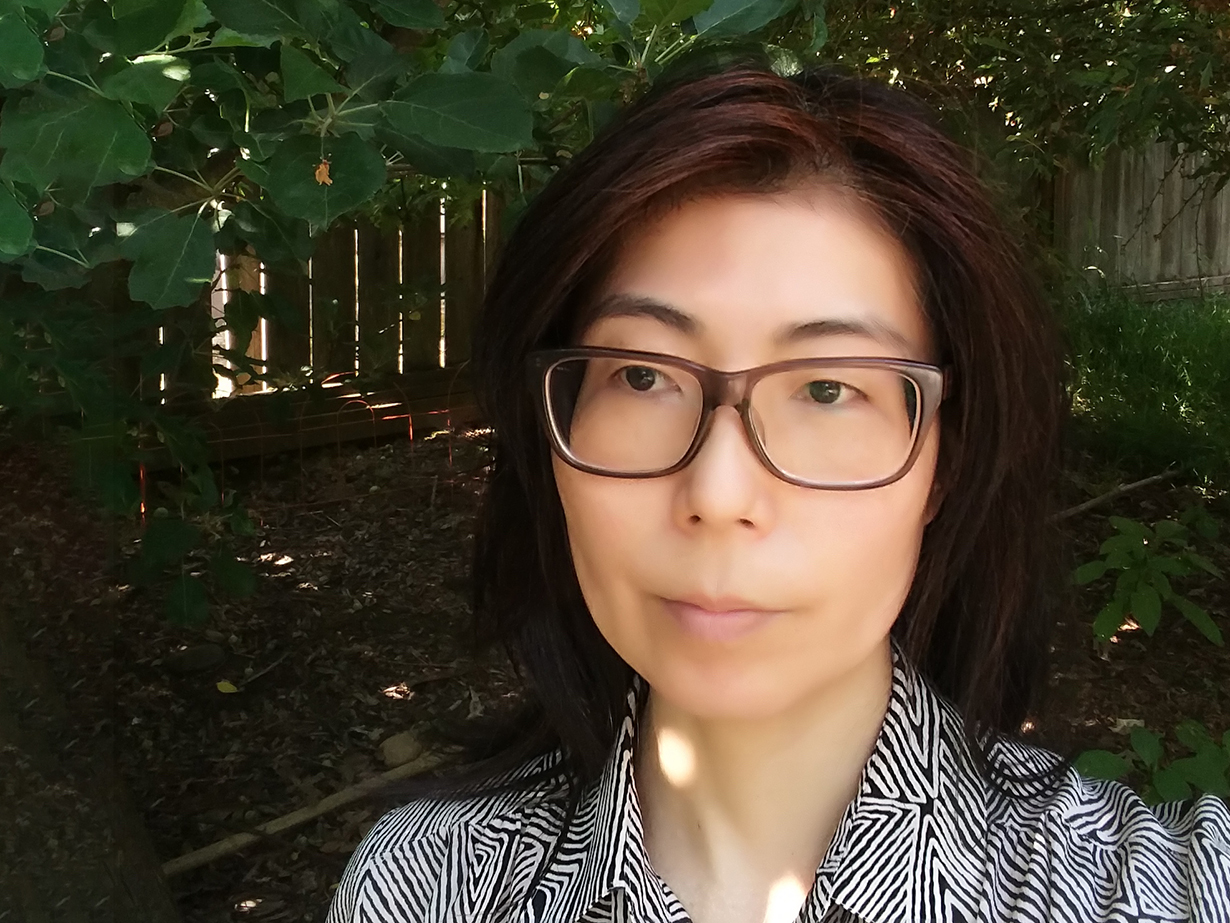 Yukiyo Kawano’s art is all about space and the embodiment of intention, and how her worldview changes as she does.

Kawano was born in Hiroshima, Japan in 1974. One of her earliest memories is of watching a puppet show about the bombings in Hiroshima. Even at a young age, she felt the trauma of that history. She recalls waking her mother in fear over it. The destruction and pain of the bombings has informed her artwork, and it was only through art that she became able to confront that struggle.

Kawano began to develop a passion for art while still a child. She drew and painted often, and was invested in the culture of Japanese comic styles, or manga. Growing up, Kawano also experienced a variety of social pressures. Though she was interested in the otaku or “geek” culture, she was uncomfortable having her art connected with it. She felt the subculture focused too much on the unrealistic female figures that male otakus drew.

After school each day, she attended a prep school to learn art. However, her experience at the prep school did not stimulate her artistic process and she lost interest. She continued to feel at odds with what was expected, artistically and socially, of her. Throughout school, she encountered not only strict artistic rules, but also strict dress-codes and ideals about womanhood.

“The prep school teachers’ only target was grooming students who could pass certain colleges’ entrance exams,” she says. She stopped attending, having no desire to take the one-size-fits-all test.

She continued with her education, but this time she studied political science at Hiroshima Shudo University. Afterward, she took on miscellaneous jobs at publishing and automobile companies, but her heart was still in art. In the 1990s, she traveled to England to take a year-long foundation course on contemporary art and found the style liberating and intriguing.

Back in Japan, she met a U.S. Army soldier from Oklahoma who seemed easygoing and fun, and she fell for him. They married in Hiroshima and moved to Portland in 2001. Though the marriage didn’t last, Kawano used her new environment to examine her cultural identity and worldview from a distanced perspective.

As an immigrant to America, she experienced being a racial minority. “For the first time, I was realizing who I am,” she said. “I realized, ‘Oh, I’m Japanese.’”

Kawano reached a turning point when her artistic and familial identities collided. She enrolled in art classes at Portland Community College and began to create oil paintings depicting Hiroshima. In 2008, while she was taking those classes, her 93-year-old grandfather died. After his death, she came across records of his time as a soldier during World War II and discovered documents about his involvement in the Sino-Japanese conflict. Her grandfather’s association with such violent colonialist acts horrified her.

For Kawano, discovering this truth while working on her art kindled a desire to get an MFA in the arts. She longed to use her work to examine her history and background.

“It really dawned on me that the story of Hiroshima was disappearing,” she says.

She continued her studies in art, enrolling in a master’s program at the Vermont College of Fine Arts, and continued to dissect and deconstruct her worldview. When a professor asked why she painted, she started to question her chosen medium as a representation of her voice. That was when 3-D art came into play.

During this period of questioning, Kawano’s sight fell on a kimono hanging in her room. It had been made by her paternal grandmother. Kawano took it down and began ripping the seams and pulling the neat stitches apart.

“I found a different way of expressing my story,” she recalls. Her tearing of the kimono connected to the brutal history of war.

Kawano was now ready to tackle another horrific concept: the Hiroshima bomb.

Not only had her grandfather been a soldier; he’d also survived the bombing of Hiroshima. He was off duty on the day it happened, and had retreated into a cool basement to escape the humid heat of the day. At the moment the bomb hit, he happened to crouch down to wash some clothes. The pressure crumpled him to the floor and he blacked out. When he came to, he found an exit and fled south after catching a ride in a truck.

As her head filled with these images, Kawano constructed a replica of the “Little Boy” bomb that hit Hiroshima.

Inspiration sparked again when Kawano noticed her hair catching on brushes or washing down the shower drain, as it normally did. Her revelation was simple but powerful: hair was easy to stitch with, and it represented the harmful effects the bombing had on the Hiroshima people. As a young woman, she’d watched characters in films and people in footage lose their hair from radiation.

“This rejection I’m experiencing [of the detached hair] has a history,” she realized. So, when she stitched the kimono material into the long shape of the Little Boy bomb, she used her hair as thread.

Kawano displayed the piece at the Vermont College. She also brought the bomb to Los Alamos, where its real counterpart was constructed during the war. She took it to Peace Memorial Park in Hiroshima, too, for what she calls a “five-minute exhibition” early in the morning. Viewers of the bomb replica could no longer ignore the story of Hiroshima’s bombing.

By confronting the horrors of the war and her family’s experience through her art, Kawano’s voice is no longer hidden, no longer abstract.

Today, on its anniversary, Kawano will take part in a virtual memorial event for the Hiroshima bombing.

“After three generations [of silence],” she says, “I can finally say aloud that I’ve experienced some of the pain of my family’s past.”

It all comes back to the way the body exists in space, and the way the eyes see. “I will find out if confronting this trauma heals or hurts me,” she says, “but it needs to be done.”

This story was published on August 5th (PST, August 6th Hiroshima time) to mark the 75th Anniversary of the atomic bombing of Hiroshima.

One thought on “Reconstructing How the Eyes See”