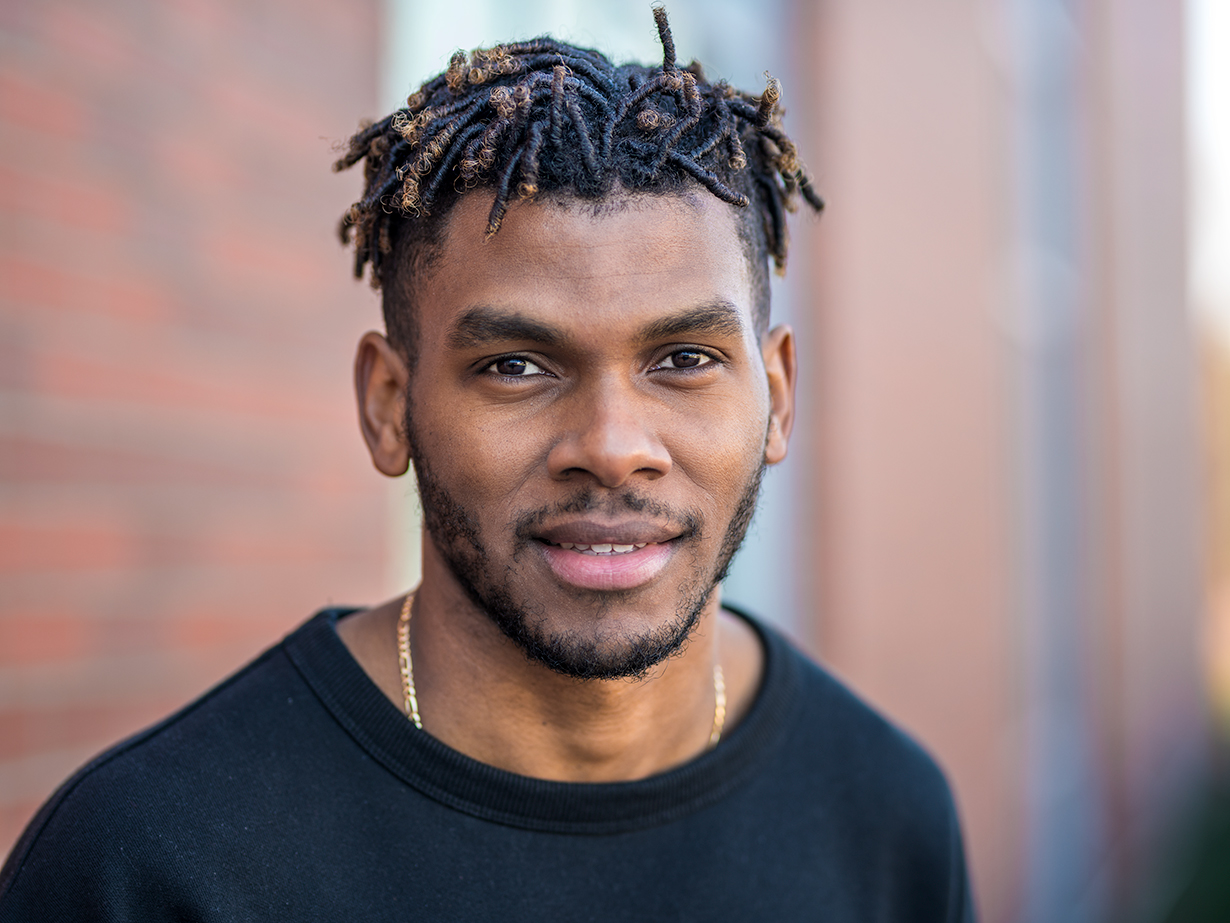 Ferrer has always had a driven mentality that leads him to make the best out of each situation that comes his way. “I can always learnsomething new, I try to understand it and once I understand it, it’s stuck in my head and I keep going and going,” he says.

Growing up was a struggle for Ferrer; his father was an alcoholic and was abusive towards him and his family. Seeking a way to end the abuse, Ferrer’s mother entered their father’s name in the Diversity Immigrant Visa Program, a U.S. government lottery that grants permanent residency to applicants from countries with low rates of immigration to the U.S. Fidel’s father was accepted and moved to the U.S.

Throughout the stresses in his life, Ferrer sought refuge in his studies. “It was a way to escape and not deal with everything happening in my household,” he says.

His mother embraced education, and Ferrer continued to excel, from being the first in his class to being chosen the president of the school. “I can not afford to disappoint her,” he says.

After graduating from high school in 2006, Ferrer joined the military. After two months of training in military ammunition, he felt like he couldn’t handle it, and returned home. However, his mother worried about the consequences he would suffer from deserting and reported him to the Cuban military.

“From that point, I was like well, I can’t fight this anymore, it’s inevitable that I have to be here, so I started to develop skills,” he remembers.

His branch officers noticed his renewed determination and he was promoted to Sergeant in the Cuban Armed Forces.

In 2007 after 10 months in the military and still intrigued by a diversity of interests, he got accepted into dental school and studied software engineering on the side in Havana.

Around the same time, Ferrer’s father offered to bring his family to join him in Portland, Oregon.

“I was always feeling that I didn’t quite belong [in Cuba]. I felt that I had more things that I had to accomplish and I didn’t see myself doing that there,” says Ferrer.

The family moved to the US in 2010.  However, they quickly realized that his father’s old drinking habits had not changed and moved out.

Because his Cuban transcripts aren’t valid in the US, Ferrer couldn’t attend dental school right away as he hoped. But that didn’t discourage him; he picked up a job at a grocery store and enrolled at Portland Community College.

He set himself the goal of learning English in two years and after a few months, his teacher noticed his substantial improvement and hired him as an ESL (English as a Second Language) Teaching Assistant at PCC.

Feeling more confident in his English speaking skills, he applied for a dental assistant position and was accepted. Meanwhile, he was also accepted at Portland State University. In 2019 he graduated from PSU with a master’s in biochemistry.

Currently, Ferrer is doing an internship at the Oregon Health Sciences University Vaccine and Gene Therapy Institute, conducting HIV research on monkeys. On weekends, he works at the Apple Genius bar.

“As you can see I have taken a lot of routes, I am a goal-driven person,” says Ferrer.

On top of all his diverse projects, Ferrer also started his own non-profit, Project LEDO, which mentors students from Title One schools. Fidel got the idea for his organization when he volunteered at an elementary school and noticed the students’ need for educational support.  “Kids do have the talent but they don’t know how to express it because they don’t have the right resources,” he explains.

“If you don’t see someone who’s determined to accomplish your goal who looks like you, it will be a little more of a struggle for you to realize. (For) people who look like me, there’s always more of a battle,” Fidel says.

Going forward, Ferrer plans to be an oral surgeon and to take his non-profit organization to the next level. He plans to open a dental care program through Project LEDO that offers dental care for minorities and underrepresented communities around the U.S.

“My aspiration is to have my own practice and continue the legacy of giving back to my community. I want to represent my community and inspire (other) people to come along and do the same.”