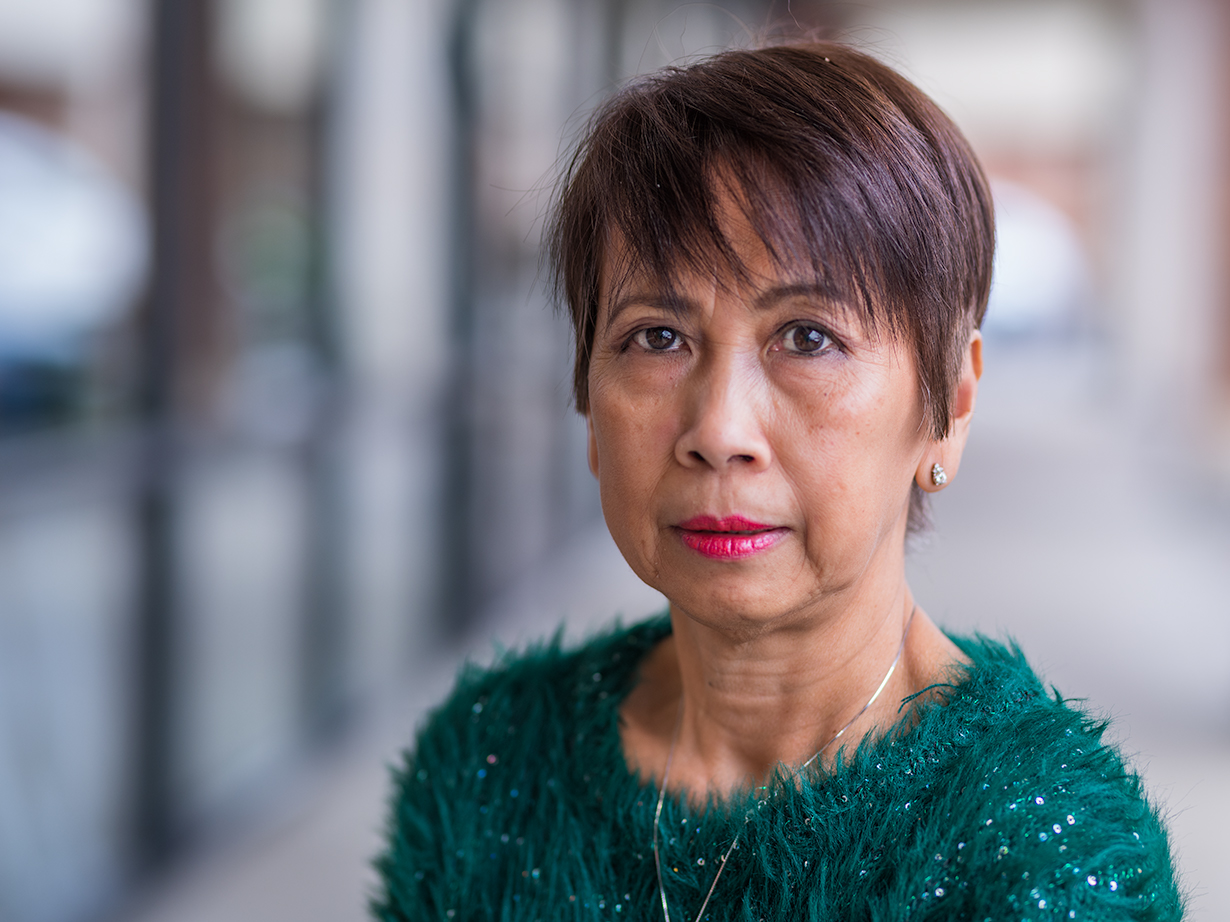 Van Tran makes pho so good, she has customers who have been returning to her restaurant for 28 years — even after her restaurant moved. Tran was born in Saigon in 1957 — the only girl in a family of six children. As a child, she loved school and learned five languages.

“My motto is: study hard, play hard,” she says.

Piano was one passion that allowed her to do both as she pursued her lifelong love of U.S. music.

War changed everything, however. Tran was not permitted to attend school because her father worked for the U.S. government. She continued to study English in private while her father was sent away to work a dangerous post in another village. He was later sent to a prison camp in North Vietnam. Before he left, he buried all the family’s documents in the yard beside the house for safekeeping.

Five years later, Tran came home one day to find a skinny stranger sitting on the couch. It was her father.“They didn’t let us know he was coming,” she says. “I almost didn’t recognize him. He was so thin; it was like they did not feed him at the camp.”

Her father dug up the documents he had hidden, and the family started the difficult process of trying to leave the country.

Tran vividly remembers the April morning in 1975 when Saigon fell.“My dad said the Communist army was coming,” she recalls. “That day, I saw airplanes, bombs, people dying on the road.”

Tran attempted to leave the country on her own but was caught and spent two months in a labor camp until her mother paid to get her out.

Four more years passed before Tran’s family was finally able to escape Saigon in secret. “We left the house one by one,” she says. “Six people, one after another, went to be interviewed by Americans. They gave us a date and an airplane ticket. But we had to relinquish our house to the government or they wouldn’t let us leave.”

Remembering the experience of their plane taking off at last, Tran says, “I felt like a bird leaving Saigon — my body was light.”

Tran and her family spent four months in the Philippines, where Tran’s excellence in languages paid off; she was asked to be an assistant English teacher. At the camp, Tran and her friends and family celebrated their escape by singing and dancing together every night.“You name it, I’d sing it,” she says. “People said my voice was gold.”

It was during this time that she fell in love with the man who later became her husband.

In 1985, Tran joined her aunt in Portland, Oregon, and started a job in Hillsboro. She and her fiance, by now living in San Francisco, made frequent long distance phone calls, always talking after 11 p.m., because it was less expensive. The following year, the two got married in a Chinese restaurant in Portland. They moved to Stockton, California, where Tran’s husband helped at a family member’s Vietnamese restaurant. Tran took college classes and gave birth to two boys, Johnny and Jimmy.

The couple wanted to try their luck at opening their own restaurant and found one for sale in the small town of Camas, Washington. Theirs was the only Vietnamese restaurant in the area.

“My husband created his own recipes,” she says. “We were locally famous after two months,”

Although they have moved the restaurant to several different locations throughout the years, they still have some of the same customers who came to their first location. Tran still cooks at the restaurant, but now her son Jimmy is in charge. “My son is my boss,” she says. “He’s a good one.”

When she is not working, Tran and her husband love to party with the local Vietnamese community. To this day, she lives by her maxim of putting her all into both work and pleasure.“No matter what,” she says, “listen to the music.”