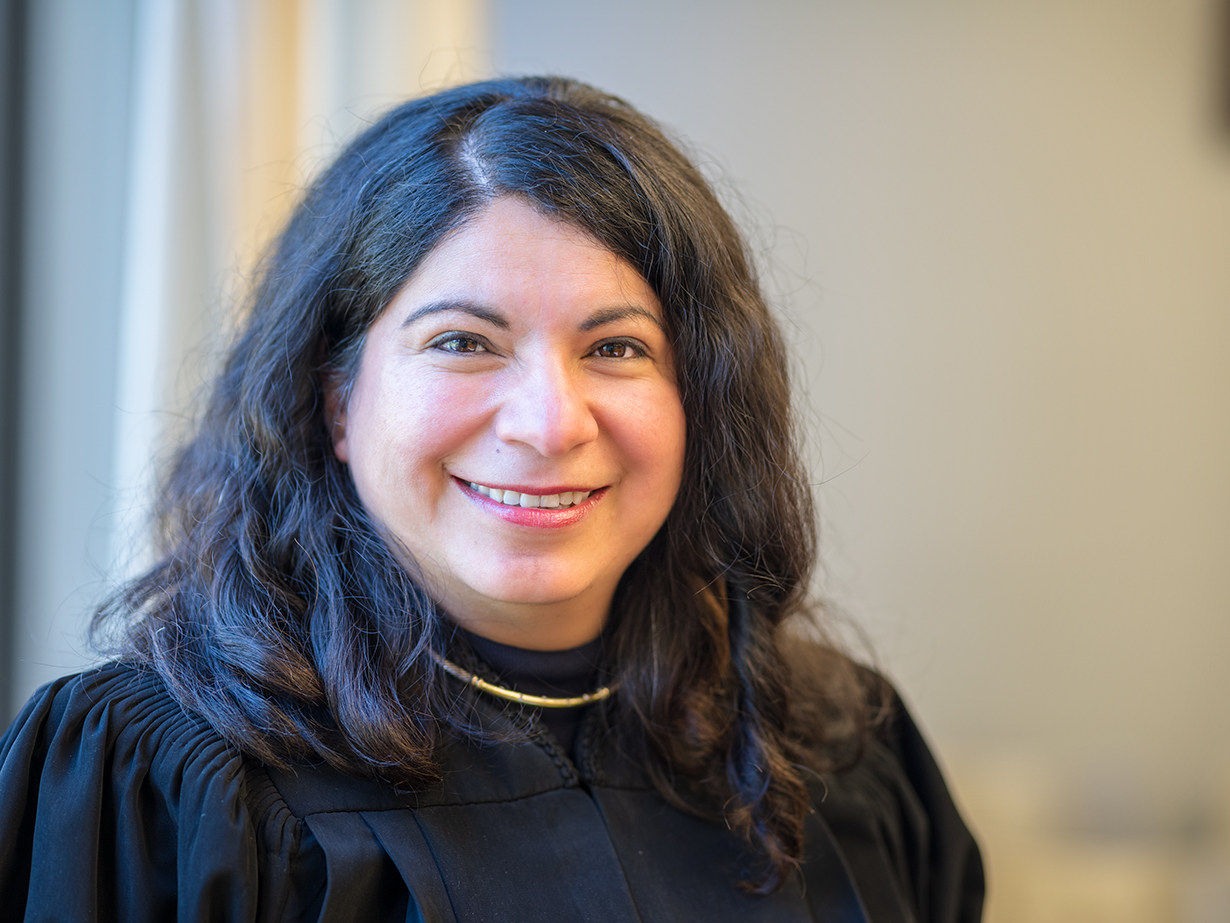 For many years, Xiomara Torres avoided telling people she had come into the US as an undocumented immigrant. “There’s so much shame with knowing you were undocumented,” says Torres, who is now a Multnomah County Circuit Court judge.

When she was nine, her family hired coyotes to help Torres, her mother and three siblings escape violence in her native country of El Salvador during the Salvadoran Civil War, a 12-year conflict between the military-led junta government of El Salvador and the Farabundo Martí National Liberation Front.

During that journey in 1980, the coyotes arranged for the family to take a plane trip to Tijuana, Mexico. They then carried Torres across the Tijuana River to the border of California. During the last leg of her trip, she was placed in a car with a white couple who drove her across the border into the US, where her father awaited the family.

The trip was difficult, but as a 9-year-old, Torres sensed that her family had to flee her beloved country and idyllic early life in El Salvador. Before she left, soldiers had often showed up at her school.

“I could feel some upheaval. It was not normal to have soldiers coming into our classrooms and then having to be rushed home,” she says.

After arriving in the US, she was often fearful. She was a victim of abuse by a relative while in her new home in Los Angeles and knew, at the age of 13, that she had to act to protect herself and her siblings. Torres asked a friend if she could live with her family.

“My friend and her dad encouraged me to talk to the school counselor; next thing I knew I was in a cop car and my siblings were being picked up from their schools,” she recalls.

During that time, she attended many court hearings, often feeling scared and alone.

“I don’t recall a lot of lawyers speaking for me in court,” she says. Those feelings sparked in Torres a desire to be a lawyer for children, especially immigrant children who, like her, were frightened by legal proceedings.

Her shame, abuse, fear and separation from her family didn’t prevent Torres from remaining strong and following her goal of becoming a lawyer. To cope with the challenges of learning English, assimilating into a mostly white community in foster care in Covina, California, and dealing with the breakup of her family, she studied hard. “Being a student was the way I escaped reality,” she says.

That studying paid off, and, after being recruited to the University of California Berkeley and later graduating from Lewis and Clark School of Law, Torres became a lawyer focusing on juvenile law. She was doing what she had envisioned as a young teen: representing children and their families.

“It was the area of law I always wanted to work in. As a family law judge, I handle divorce and probate cases. It’s a great honor,” she says.

Through it all, Torres never shared publicly that she had entered the US illegally. By then, she had become a US citizen.

Then came an important turning point.  After Torres was appointed judge, the Oregonian interviewed her for a story about her life. At that time, the Trump Administration had begun deporting illegal immigrants and separating families at the border.

“The Oregonian asked me where they had stamped my passport; they asked how I had entered the US. I had not shared that ever,” says Torres. “But I shared it because I was seeing brave people on TV sharing their stories, people who could be potentially deported.”

After the Oregonian story ran, Portland’s Milagro Theater wrote and performed a play, “Judge Torres,” about her life. Suddenly her whole story was thrust into the public eye. It was hard for her to feel exposed to the public, and she wondered if she had made the wrong decision about agreeing to the play.

But when the production began touring at schools, she knew she had made the right choice. Being the subject of a play for children became one of her most satisfying experiences.The letters from students have been especially touching.

One student wrote in an email about the play, “Her story to me was very inspirational and  motivational. To me personally the story gave me a message of never giving up.”

After watching “Judge Torres,” the student audience member said she felt  “any obstacle in the way won’t stop me from getting what I want for my future.”

Now, Torres sees the many advantages of sharing her story.

One thought on “Going Public with My Story”