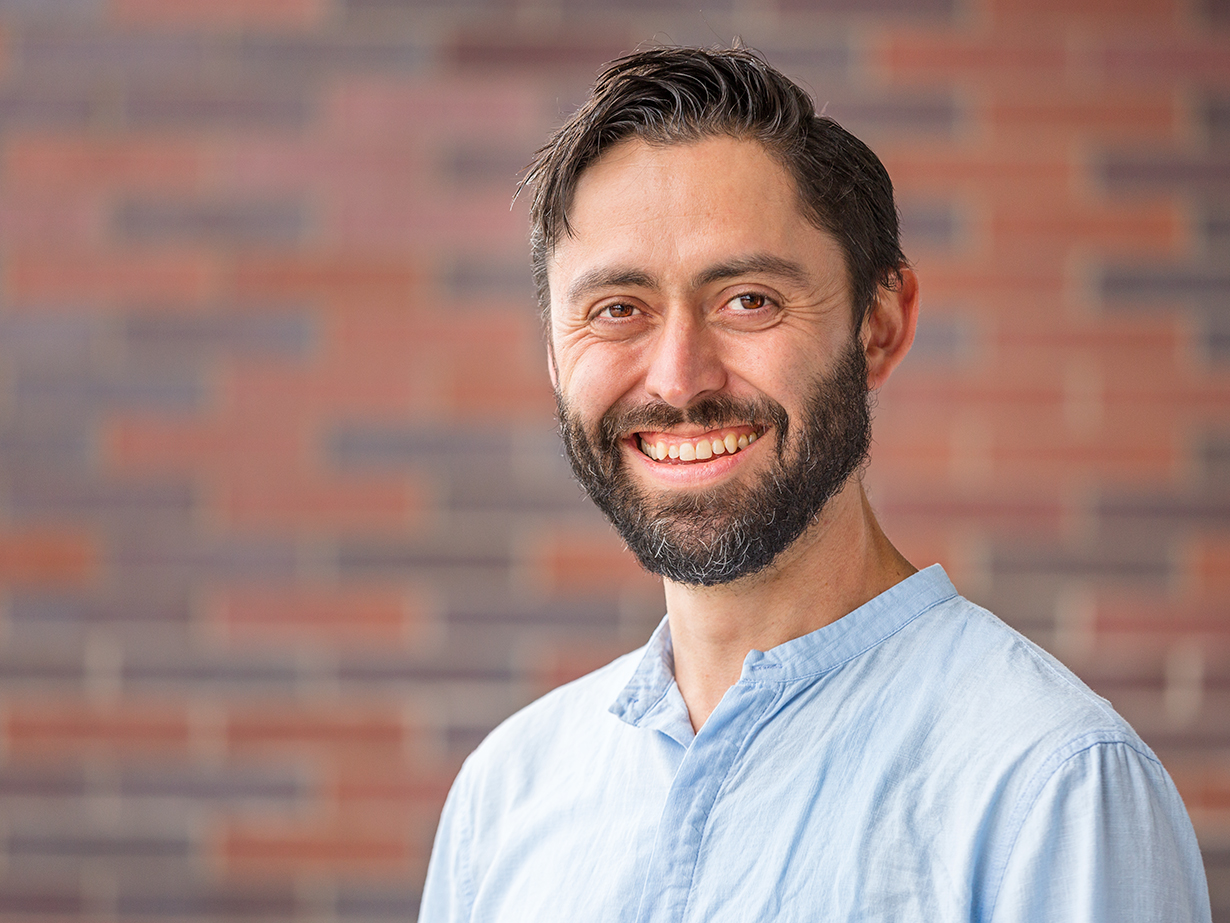 Raúl Gómez Rojas spent his youth learning the violin. Almost every day, he practiced the instrument in his hometown in Costa Rica. Then, at age 24, he found himself facing an identity crisis.

“I started to feel that artistically, I didn’t know who I was away from my violin,” he says. The search for making music his own way led him to where he is today, teaching music to younger generations.

Gómez was born on March 30, 1984, in San Jose, Costa Rica. His father was a local university administrator, and his mother stayed home to raise Gómez and his younger sister.

Growing up, Gómez recalls attending birthday parties, playing with friends, and exploring the city. But many of his earliest memories involve music.

“My dad had an old guitar and he could only play four chords but he taught them to me,” he says.

Before long, Gómez taught himself how to play the guitar, and by the time he was six years old, his mother was taking him to the local church to play the tambourine. He credits his mother with driving him all over the city to rehearsals. Soon he was also playing the tambourine in his elementary school’s marching band.

Music wasn’t the only thing Gómez excelled at. He was always a good student, and even recalls visiting an elementary school with his mother as a young child, and asking his mother if he could spend the day there.

“We went in, and then I just didn’t want to leave, I just wanted to stay,” Gómez remembers.

At age nine, Gómez began playing the violin, and soon fell in love with the instrument. He began taking lessons with José Aurelio Castillo, the concertmaster of Costa Rica’s National Symphony Orchestra. Gómez worked with Castillo for more than 10 years, and describes him as one of his earliest mentors.

“He ended up becoming a friend of my family, and a mentor, and in some ways, a paternal figure to me,” Gómez says.

Gómez played with several youth ensembles, some of which allowed him to travel abroad and gain a new perspective through music.

Although he always loved playing the violin, Gómez was faced with a tough decision at the end of high school: take a job with the Costa Rica National Symphony or pursue a college degree.

But soon enough, Gómez realized that he wanted to pursue music full time. He earned his Bachelor’s degree in music performance in 2005.

In 2006, he moved to Baton Rouge to study violin performance at Louisiana State University.

In 2010, Gómez met his wife Sarah, a theater and screen actress, who was studying at Loyola University in New Orleans. When he began working with a youth symphony in Jackson, Miss., his passion for music education came into full focus.

“It was through the job that I felt like I had finally found a really good intersection of my skills and my passions. I just loved doing it,” he says.

After 11 years in Louisiana and with multiple degrees, Gómez was hired as Musical Director at Portland’s Metropolitan Youth Symphony. He quickly realized how much he enjoyed conducting younger symphonies.

“I was able to bring an approach to that work that was informed by my explorations in non-classical music, and my Latin American background as well,” he says.

Now, five years later, he  still works with the group, which has almost 500 members.

As an educator for young musicians, he recognizes the influence that he has over his students, and hopes to inspire them in the same way that he was once inspired by his teachers.

One thought on “Pushing Boundaries Through Music”