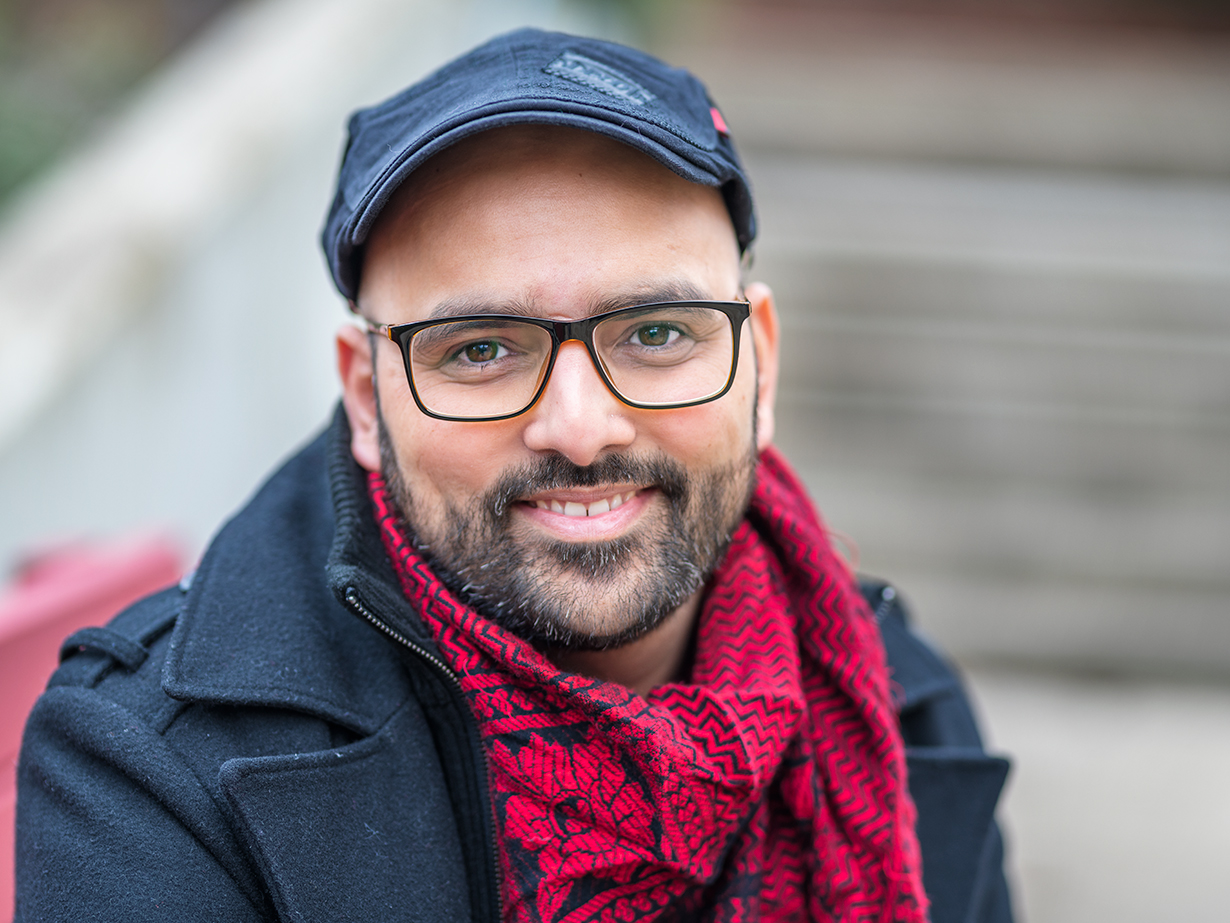 When Qasim Syed arrived in the United States in 2001, he didn’t realize that a simple decision to reorder his name would one day define his immigrant experience.

Now, 20 years later, that one small decision has impacted his entire identity.

“That’s how my identity exists,” he says. “People who meet me professionally call me Syed and people who know me otherwise call me Qasim, and that’s like the duality of my immigrant identity itself.”

Qasim Syed was born in Karachi, Pakistan, in 1983, to a mother from India and a father from Pakistan. Because his father worked in Doha, Qatar, most of his childhood was spent in boarding schools in Karachi, where he stayed with extended family when not at school.

Syed has fond memories of exploring Karachi with his school friends.

“I have great memories of just being able to explore the city, explore some of the culture, whether it’s food or fashion or whatever it was,” he says.

As a teenager, Syed spent three years at a school in Qatar to be closer to his family. It was a language immersion school, so he was quickly forced to learn English. “I adapted fairly quickly, and interestingly, fell in love with the language,” he says.

When he finished high school, Syed’s parents suggested he study in the United States. He agreed, and in 2001, he arrived in Los Angeles to attend Glendale Community College. He began studying computer engineering, although he was not taking classes just to get a degree. As he explains, “It wasn’t to inform my professional life, it was my own personal growth and learning about myself more than anything else.”

As an 18-year old student from Pakistan living in the United States, Syed felt the effects of 9/11in his everyday interactions with others. The shadow of the 2001 terrorist attacks on New York and Washington followed him everywhere.

“When you are in the midst of it, you’re like, ‘I don’t want something to happen, I don’t want to get caught up in anything,’” he says.

In the months following the attacks, Syed felt fear when traveling or venturing out in public. Looking back, he realized that he avoided many situations out of a fear of discrimination.

“It breaks your brain a little bit, where you’re trying not to stick out like a sore thumb,” he says.

In an English class one day, after sharing his poetry about his experience as a foreigner and getting negative feedback from peers, he had a realization about his identity.

“They thought that whoever wrote this (poem) is trying to make excuses,” he says. “But that was not my intention. It was eye-opening (to me).”

That was the moment when Syed realized that everyone’s lived experiences are unique and not always understood by others.

For the next several years, Syed bounced between restaurant jobs, working as a bartender manager and waiter. He met the woman who would become his wife one evening while serving her table.

In 2009, Syed and his fiancé moved to Portland, where he enrolled at Portland State University and earned his bachelor’s degree in philosophy.

“Philosophy appealed to me,” he explains, “because it gave me avenues to approach the world in a way that makes sense, where I could align those two narratives that were internal or external.”

Now, Syed stays busy as a technical consultant, working with different companies to introduce new technologies to their brands. He says his philosophy background gives him an advantage in the consulting world, where he is constantly communicating with others.

Although Syed doesn’t write as much poetry anymore, he is still passionate about storytelling to help others around him.

“Just because you know who you are and you can tell your story, it is on you to make sure that you continue speaking for others and sharing their story,” he says.

Syed and his wife live in Portland with their three children.

As someone who struggled for many years with coming to terms with his own identity, Syed wants his children and others to be able to express themselves freely, just as he is now able to.

“For me, the future is my children,” he says. “I want them to grow up here with their dual identity, where they are comfortable and free to explore and express who they are.”