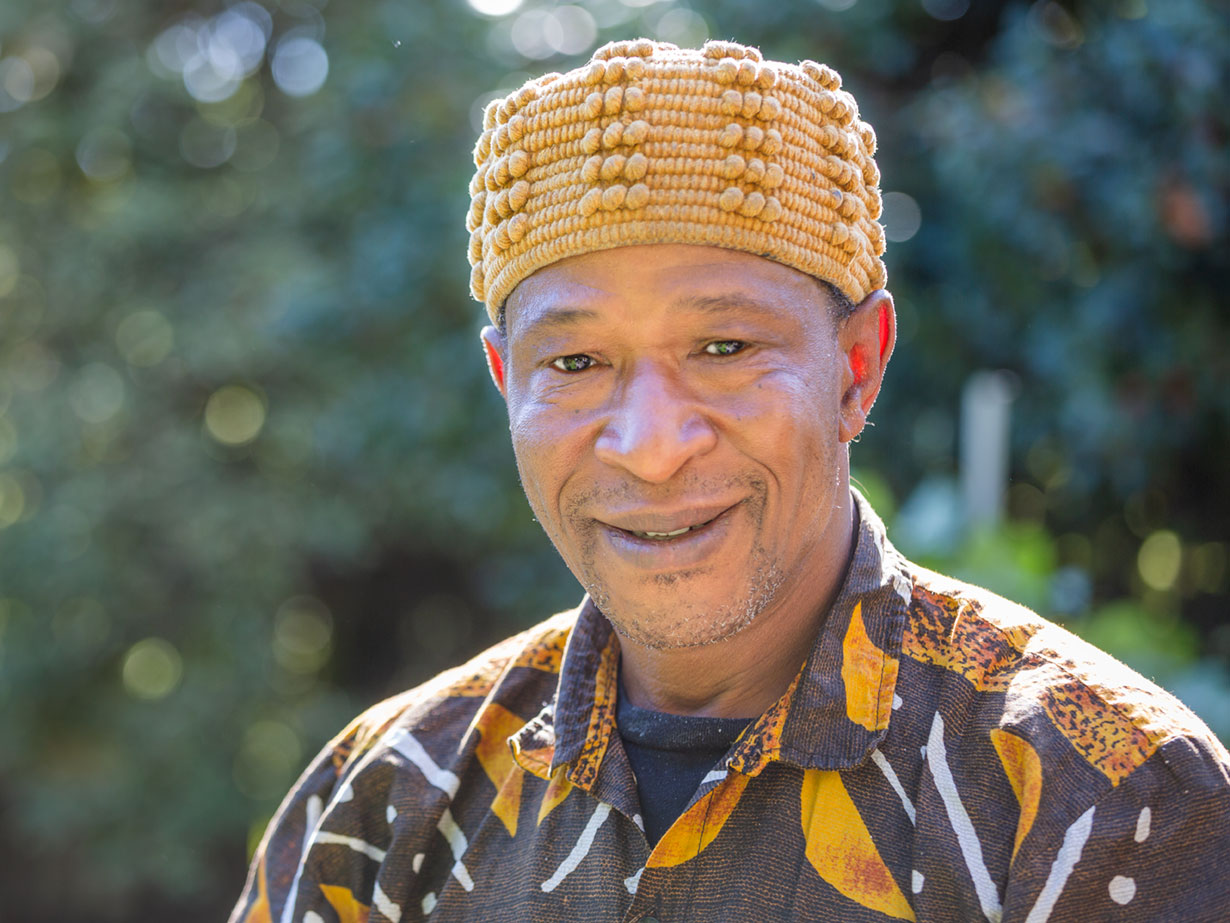 “What I really want to do is make people feel good about themselves, and help them change their perspective.” explains Baba Wague Diakite, a children’s book author from Mali, West Africa.

Born in a small village in Mali in 1961, Wague Diakite lived with his grandparents for his first 17 years and spent his days herding goats with other boys. That was his first education, learning to observe nature and get along with others.“My grandmother would always say, you have to be educated first before you go to school,” he says. “And that is what I learned in the village.”

Wague Diakite has fond memories of nights filled with storytelling, where the village children would listen to traditional stories in their native language of Fuladugu Kan.

“Storytelling is not just African,” he says. “It is the first way we all teach our children, as an interaction between one generation and the next. Stories of nature are metaphors to explain human behavior.”

At 17,  Wague Diakite moved to the capital city of Bamako to be with his mother. There he took French and attended high school. Soon after he graduated from high school, Wague Diakite’s community put him in charge of a small school, where he staged puppet shows and workshops to teach children art and storytelling.

“Nothing prepares a child for any challenges in the world, as much as stories do,” he explains.

Wague Diakite’s school began to draw travelers from all over who were interested in learning through cultural exchange. One such traveler was Ronna Neuenschwander, a ceramic artist from the United States.

The first time Wague Diakite met Neuenschwander she and a friend were trying to use one of the coin operated foosball tables set up around the city to raise money for Wague Diakite’s school.

“They didn’t know how to operate it, so I came to help them.” Wague Diakite remembers. “She took out a 20-dollar bill and I had never seen money that big before. So I told her ‘Are you crazy? You come to a foreign country and wave around big bills like that?’”

The two became friends, and after she returned to the U.S., Neuenschwander invited Wague Diakite to come join her.

It was hard to leave his school behind, but Wague Diakite accepted her invitation. He reasoned that travel is another form of education he could learn from and bring back to the children at his school.

“Taking chances is not seen as risky to African eyes. It is important to take risks, and as long as we know we won’t lose a limb over it, we should do it,” he says. “If you don’t succeed (in your plan) you still succeed by learning a lesson.”

So in 1984 Wague Diakite boarded a plane for Portland, Ore., without knowing any English. Ninety days later he and Neuenschwander were married.

It was tough to be a mixed race couple in Portland during the ‘80s: “The racism I faced was not in the streets.”  Wague Diakite reflects. “It was close to me, from people who seemed like ‘friends’.”

However, Wague Diakite and Neuenschwander were inspired by each other creatively. He began to learn ceramics, and she incorporated aspects of traditional West African art into her sculpture.

At a dinner party Wague Diakite met a local elementary school teacher who invited him to her classroom to tell stories. His expressive storytelling and art quickly made him very popular in and out of the classroom.

“And before I knew it I was in Washington, D.C, and all over the country telling stories,” He exclaims.

He has published a number of children’s books retelling traditional West African stories, illustrating them with photos of his painted ceramic tiles.

Wague Diakite still supports his school in Mali, the Ko-Falen Cultural Center (https://kofalen.org), spending several months each year there. He likes to pair each foreign visitor with a Malian so the two can create art together.

“My grandfather used to say, we humans are like birds, and if we gather all the birds together in harmony, you will have the secret of creation,” explains Wague Diakite, “So, we have to come together enough to hear it.”