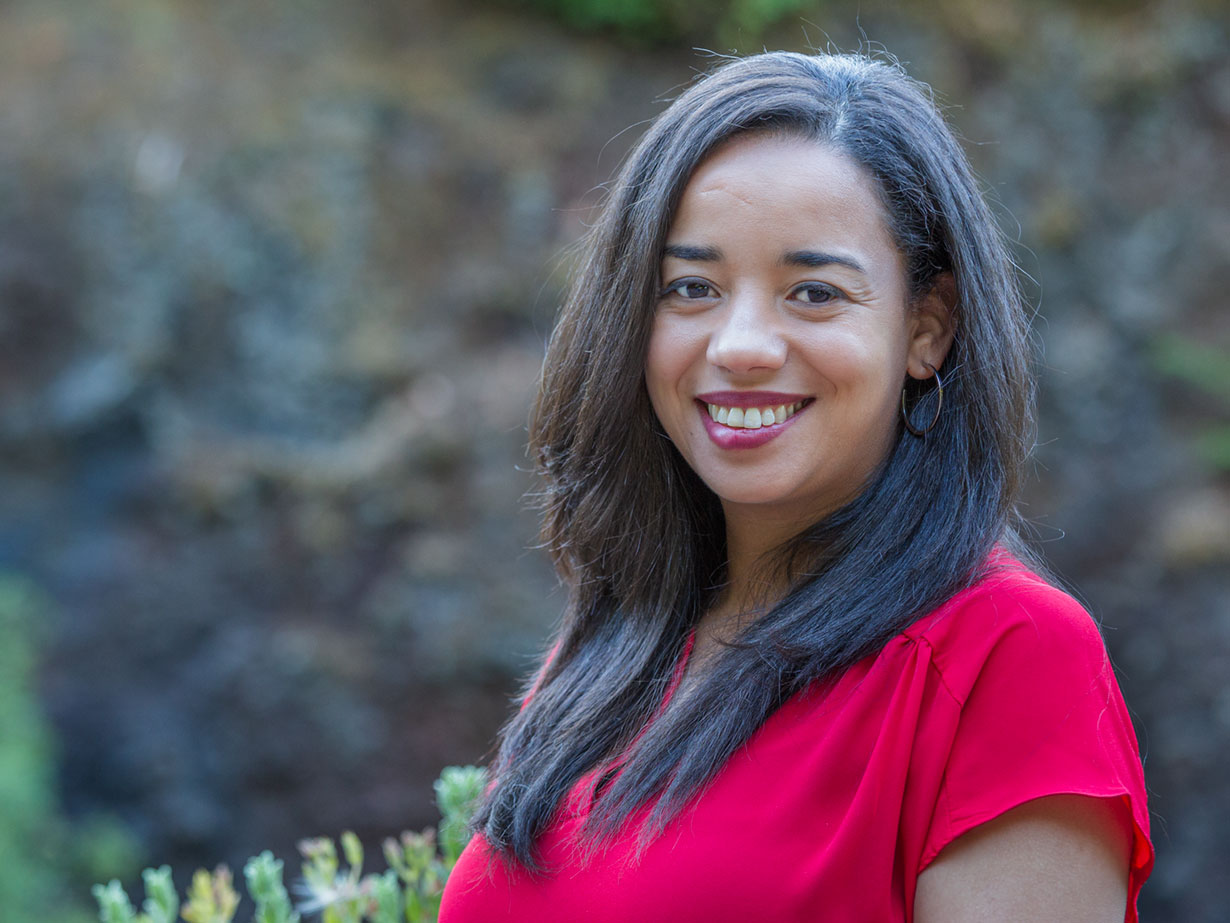 Lamiae Naki first remembers singing for someone when she was six years old. It was Friday, the holy day of Islam, with shops closed and families home togethereating couscous and drinking leben, fermented milk, when Naki sang for her grandmother. She sang along to the classical Moroccan songs playing on the radio. Her grandmother was amazed by the clarity of her young voice. Naki pinpoints this as the moment where music took root in her life.

Naki was born in Fez, Morocco, on July 12, 1983. She was raised with her three brothers by a father who created art with metal and a mother who taught Arabic.

She remembers a close-knit community. “Kids would go play at each other’s houses, and the parents wouldn’t even be worried — they know they’re being looked after,” she says.

In Fez’s medina, the most ancient part of the city, time feels like it paused long ago, Naki describes. Her grandmother’s home was built within its stone walls, which gave off an earthy scent from centuries of history. To this day, cars are not allowed to drive through the narrow alleyways. City workers still skillfully navigate the slippery stones of the pavement as they guide their carts by hand or by donkey. Merchants call out their wares as mothers approach them to negotiate their prices. Children can be heard playing in the open space of the rooftops above.

Morocco is famous for being an intersection point for French, Spanish, Arab and African cultures with its location across the mouth of the Mediterranean Sea from Spain. She grew up speaking Darija (the Moroccan dialect of Arabic), classical Arabic and French. She would sing in all of these languages — often in the same song. Moroccans habitually switch languages as they speak with each other, she explains, and her singing mimics that.

“Living in an Arabic-speaking country in Africa so close to Europe, I was exposed to all types of music,” she says.

Yet Naki kept music in the background of her life as she focused on her schooling. She chose to study English Literature in college.

“It was very important to my family that I finish my education and get a degree,” she says. “I decided to study English because my mom told me that English was the language of the future.”

After graduating, she briefly worked at a travel agency, unsure what she wanted to do for a career. She met Nat Hulskamp, an Indonesian-American musician, who came to Morocco to study the oud, a Middle Eastern stringed instrument. They sat down over coffee and wrote a song together, blending his Iranian-Spanish instrumental background with her Moroccan vocals.

A year later, in 2009, they married and moved to Portland, where Nat had lived earlier.

“It was my husband who encouraged me to delve into music,” Naki says.

Naki began practicing with her husband and his band, Shabava. As her confidence and enthusiasm for music grew, she performed with them one day at Mt. Tabor Church. She loved it and continued singing with them as they toured the region.

“Iranian music is so different from Arabic music with the vocal techniques. It was something to add to my skill set,” she says.

Inspired by the diverse cultural backgrounds and music training between them, Naki and her husband eventually formed their own band. They named it Seffarine, after the square in the medina where metal workers, such as her father, worked.

Their band blends style and genre. “My husband and I are from different places and we’ve been impacted by different cultures and we speak in different languages,” Naki says. “Our music reflects all of that.”

The pandemic proved to be a time of growth and creative exploration. Naki resigned from her day job as a preschool teacher to fully pursue music. Seffarine recently signed with the music agency, Fli Artists. Naki is excited to schedule concerts again as the world reopens. She is so happy she finally committed to music as her profession and is grateful her husband urged her to do so.

“I went down so many roads and paths before I realized music is what I truly wanted to do,” Naki says. “I think musicians are going to come out stronger from this pandemic because we are hard workers and we always find a solution.”