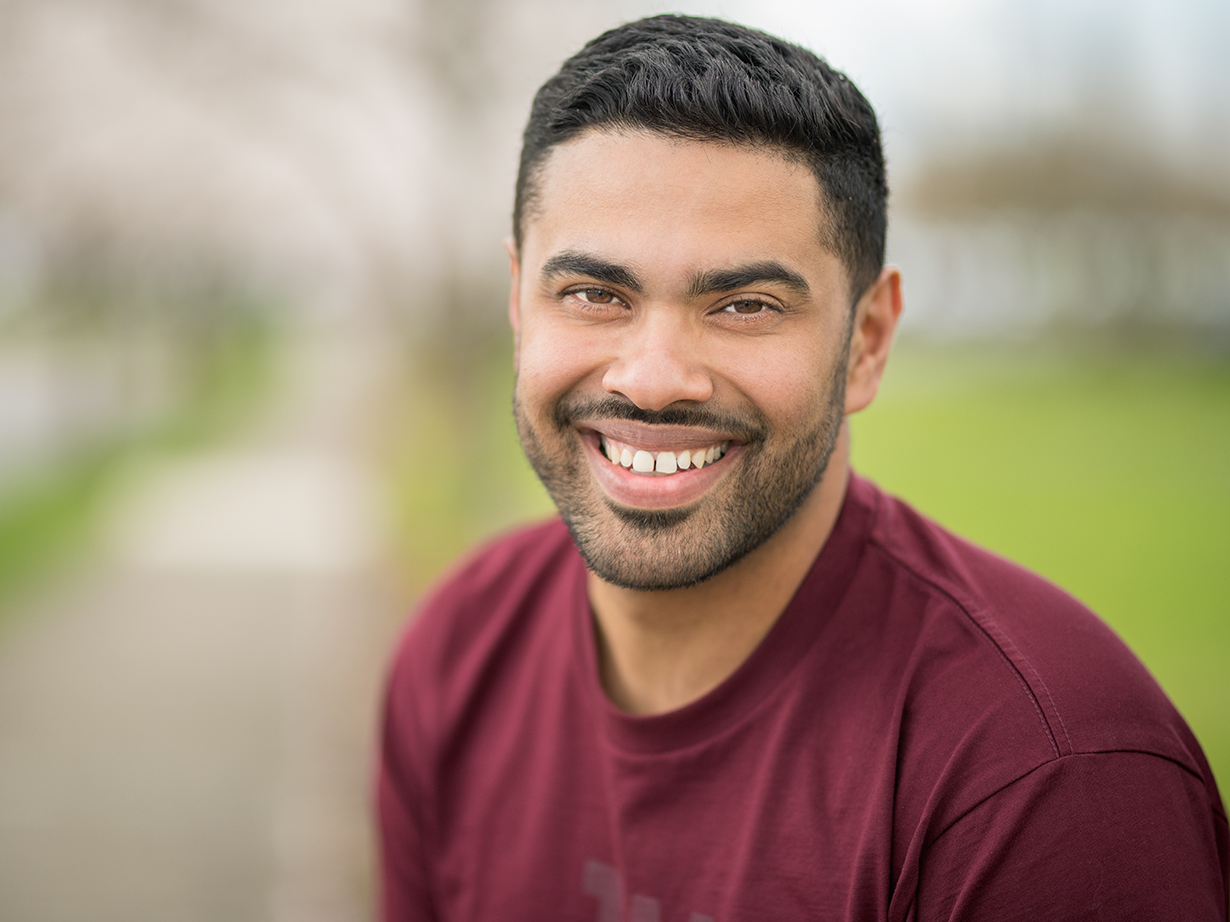 Hussein Al-Baiaty was about as far away as anyone could be when terrorists crashed two airplanes into New York’s World Trade Center on Sept. 11, 2001. But for the freshman at Aloha High School in Beaverton, Oregon, the impact was both immediate and deeply personal. Classmates ganged up on him to instigate physical fights over his Iraqi heritage. His mother became the target of Islamophobic comments in the street because she was wearing her hijab.

“It was the first time ever in my life I felt estranged,” Hussein says.

“Art saved my life, quite literally,” Hussein says, recalling his life as a young refugee in Saudi Arabia, “All the beauty that I got to see was in my dad’s artwork.” In Iraq, his father– who died in 2016– had been a prominent artist and painter.

Hussein was five years old when his family fled his hometown of Samawah, Iraq, in the back of a sand truck. It was 1991 in the middle of winter, and the Gulf War was drawing to a deadly close. They managed to make it just barely over the Iraqi border to a patch of desert turned-refugee camp in Saudi Arabia called Rafah, where Hussein became one of millions of Iraqis displaced by the war.

To make the camp more of a home, they built bricks out of mud. His father continued to paint, turning  decommissioned tents into canvases. Food and water rations were scarce, and ethnic tensions between Iraqi Shiites refugees and the Saudi Arabian Sunni military personnel were palpable. After two years, Hussein and his family relocated within Rafah and his father’s art caught the eye of one of the higher-up military leaders.

The man offered to help resettle the Al-Baiaty family in Oregon. When the family arrived in June, 1994, Hussein was just eight years old.

“We went from what seemed like hell, to heaven. We went to another dimension in my mind,” Hussein says. At first he didn’t know any English, but by the time school started that September he eagerly caught up to his peers.

Determined to blend in with his peers, Hussein refrained from telling his story. Then, unable to think of a way to avoid revealing his past, Hussein used an in-class assignment in his sophomore year to document part of his life. His friends and teachers were surprised, and some were moved to tears. It was the start of a new path, in some ways. His father began urging him to harness his artistic talent through architecture in college.

“That was kind of my dad’s dream. He really wanted to do something epic in his life,” Hussein says.

He started signing up for drafting classes in high school, and enrolled in the School of Architecture at Portland State University the following year. The work proved challenging, but a new hobby kept him inspired: screen-printing. Many of his pieces– namely tee shirts– were hip-hop inspired, and came to life in the small basement of a local barbershop.

Hussein was unable to find work as an architect when he graduated from PSU in 2008. But his screen-printing business  helped keep him afloat during the recession and also became a bridge to entrepreneurship. Hussein was becoming an artist, full-fledged and independently, just like his father.

Today, bucket upon bucket of hand-mixed paints are stacked atop each other in the back room of Hussein’s Hillsboro-based screen-printing shop, Printory. He employs five people and runs a fundraising project called Refutees, which donates quality clothing to newcomers in the U.S.  Today, the Refutees program, along with custom clothing designs, are available at theprintory.com

“The biggest success for me is that this business has truly shaped me into the man who I hope to continue to be.” says Hussein. “The only way to improve anything in life is to improve myself. And that has been the epicenter of who my father was, why he said the things that he said.”